The Best Hotels in Turku, Finland 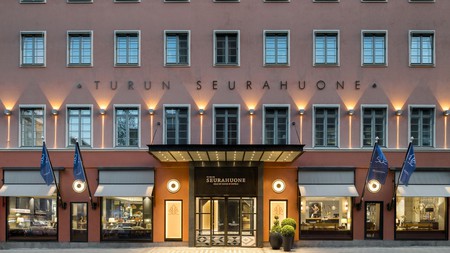 Explore the medieval coastal city of Turku, Finland, while staying at these great hotels.

Turku, Finland’s medieval city and former country capital, is known for its ancient castle, cobblestone streets and university students. When it comes to finding a place to stay, there’s plenty to choose from. How about a room in a former prison next to a craft brewery? Or a sleek Scandinavian hotel in a downtown location? Why go to Paris when you can go to Turku, asks the city’s cheeky inhabitants. Here’s our guide. 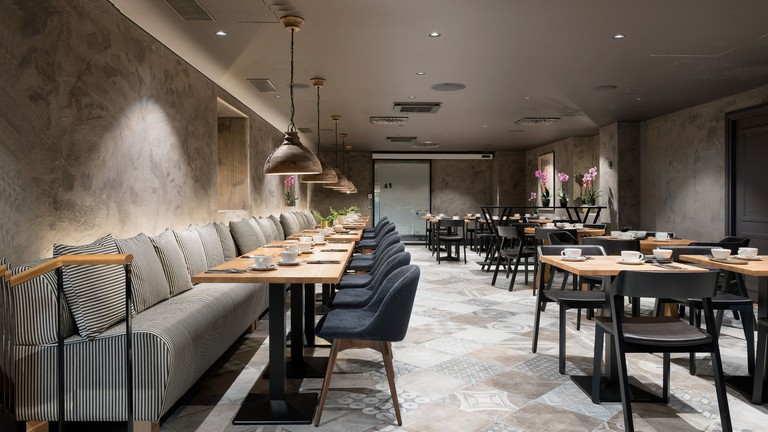 Courtesy of Solo Sokos Hotel Turun Seurahuone / Expedia
View Rooms
Solo Sokos Hotel Seurahuone nods to its 1920s art deco roots while maintaining typical Scandinavian sleekness. The rooms have wooden herring-bone floors with bed mattresses made from Nasa-developed material, providing ultimate comfort after exploring the city. Breakfast is a feast, offering everything from waffles to cured fish, but the best part is that you can eat in the privacy of a cosy nook – even during the breakfast rush hour.
Everything you need to know 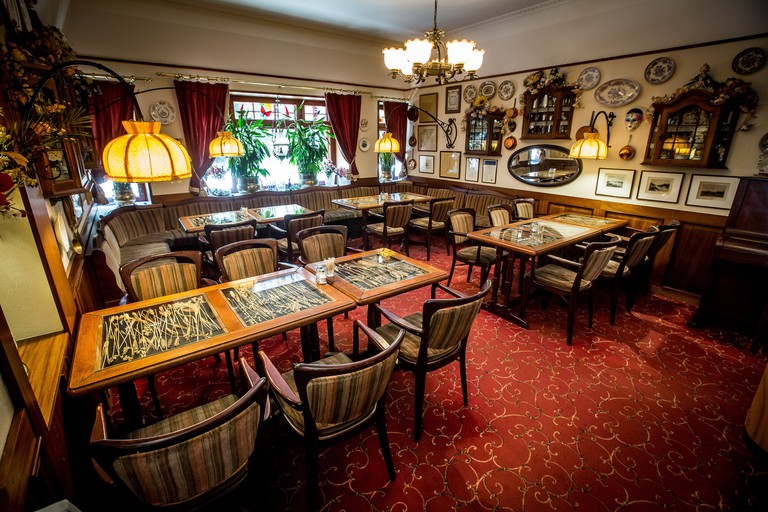 Courtesy of Park Hotel Turku / Expedia
View Rooms
Located in a Jugendstil building dating from 1902, Park Hotel Turku has 20 individually decorated rooms to choose from. A family-run establishment, this hotel has kept its style intact since 1988 and many guests return year after year. As the rooms are decorated with the owner’s antique finds, this boutique hotel has an element of central Europe in the middle of a typically Scandinavian city.
Everything you need to know 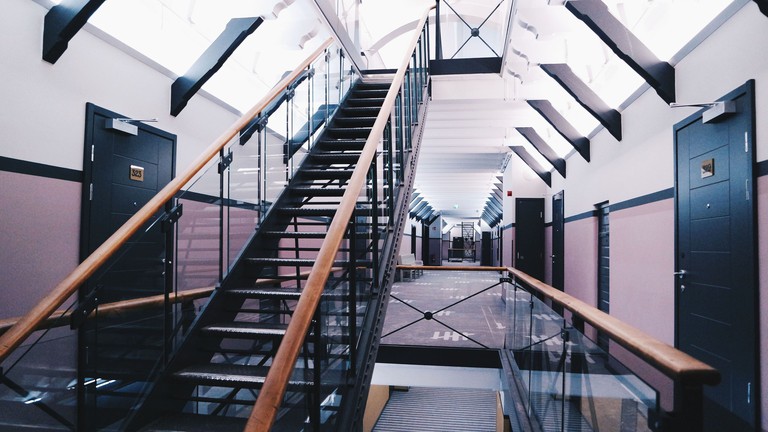 Courtesy of Hotel Kakola / Expedia
Book Now
This privately owned hotel is a former prison with a notorious reputation, located on top of the Kakola hill. The hotel has 151 rooms, but even with all the luxurious amenities at hand, the most popular room is the cell with simple bunk beds and bars on windows. Kakola hill is a sight in itself, you can reach its top easily by hopping onto Finland’s only city funicular.
Open In Google Maps
14 Kakolankatu, Turku, 20100, Finland
+35825150555
Visit Website
Give us feedback 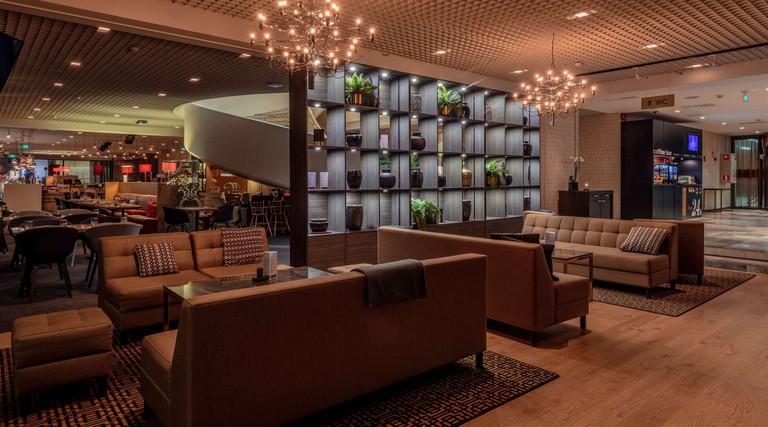 Courtesy of Radisson Blue Marina / Expedia
View Rooms
Aura River is one of Turku’s most prominent features, running through the city’s city centre to the medieval Turku Castle. Along the river banks are many restaurants and boutiques as well as the ship-like Blu Marina hotel. The Executive Suite has a sauna with a sought-after vista of the river.
Everything you need to know 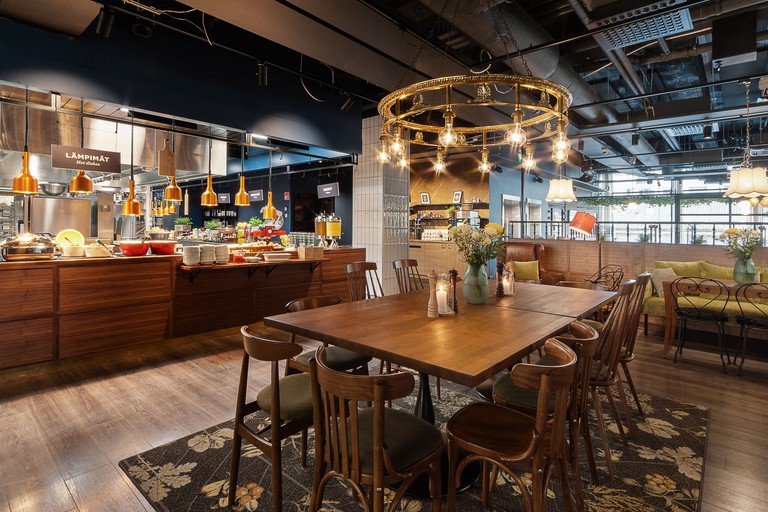 Courtesy of Sokos Hotel Wiklund / Expedia
View Rooms
Located on the top floors of Sokos Wiklund department store, this boutique hotel offers a modern stay in a historic spot. Wiklund started as a hardware store in the beginning of the 20th century but has since expanded into a department store and now a hotel. The rooms have trendy details – from mini Smeg fridges to locally designed posters and tote bags. There is also a coffee house, plus three types of restaurants inside.
Everything you need to know 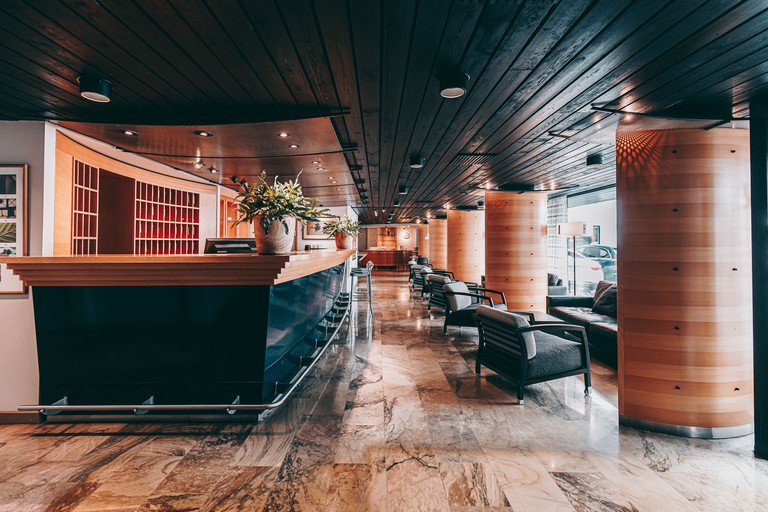 Courtesy of Centro Hotel Turku / Expedia
View Rooms
True to its name, Centro Hotel is located in the city centre, inside an inner courtyard. All 62 rooms have a minimalist decor, white being the dominant colour with splashes of bright red and warm wood. All rooms have a view overlooking the courtyard, which makes Centro a peaceful getaway to explore the historic sights, such as Turku Cathedral, just around the corner.
Everything you need to know 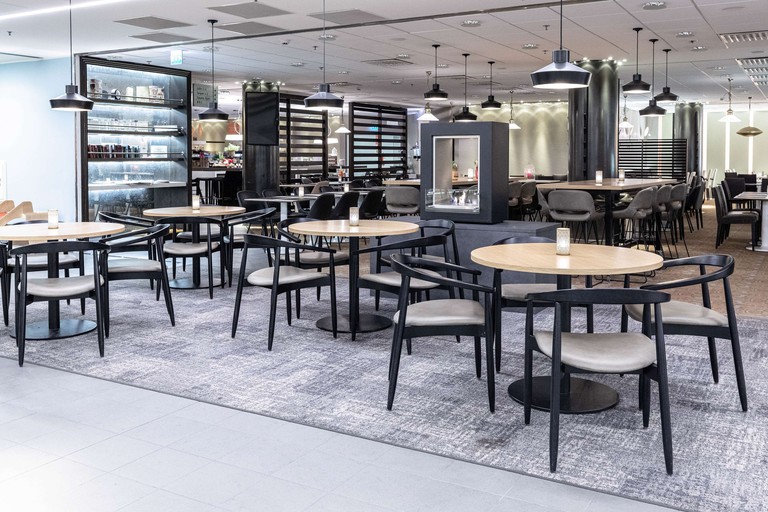 Courtesy of Scandic Julia / Expedia
Budget-conscious travellers and families will love Scandic Julia for its location in the city centre and laser tag facilities above it. There is also a playroom for children inside the hotel. Kids under 13 stay free and, if you come as a family with older kids, you can book a ‘teen room’ next to your own for their own privacy. The hotel offers bikes to explore the city.
Open In Google Maps
4 Eerikinkatu, Turku, 20100, Finland
+3582336000
Visit Website
Give us feedback 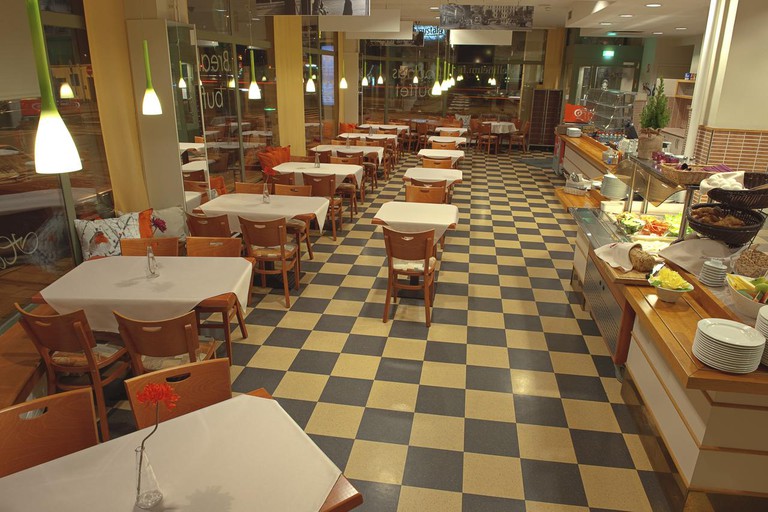 Courtesy of Hotelli Helmi / Booking.com
Book Now
Hotelli Helmi is a small privately owned hotel in central Turku, next to the bus station. The hotel is an architecture lover’s choice; constructed in 1934 to serve as a Shell service station and district office, the building represents the typically Finnish functionalist style. The service station moved in the 1960s and the hotel was opened in 2008. Breakfast is served in a decidedly Finnish cafe on the ground floor.
Open In Google Maps
11 Tuureporinkatu, Turku, 20100, Finland
+358207862770
Visit Website
Give us feedback