The Most Beautiful Towns In Finland 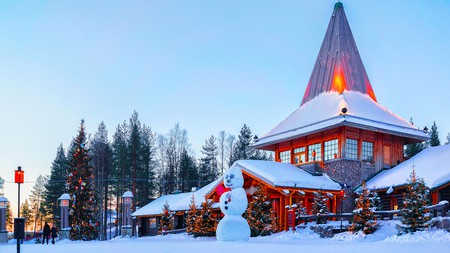 Rovaniemi is the official residence of Father Christmas, and is home to the Santa Claus Village | © Roman Babakin / Alamy Stock Photo

Whether it’s because of the snow in the moonlight or the summer days that never seem to end, Finland often seems to sparkle. Dotted around this land of lakes and forests are a number of truly stunning towns. If you’ve ever dreamed of tanning at midnight, sleeping in an igloo, drinking in a bar boat, or going on a dog sled ride, find your destination of choice among the most beautiful towns in Finland.

Dreaming of a winter wonderland escape to Finnish Lapland? You can now go there with Culture Trip on our five-day arctic adventure which includes a stay on your very own private island. 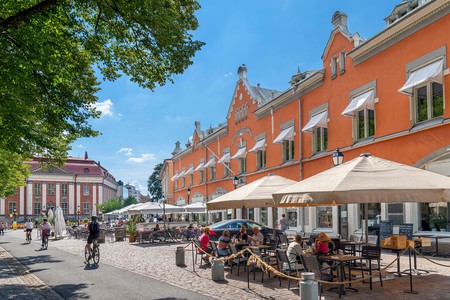 For many centuries, Turku was the capital and largest city in Finland, before it was surpassed by Helsinki. It was also always Finland’s major western port city, which allowed it to grow and thrive. The Aura River runs through the charming centre, and in the summer you can take advantage of the boat bars that open up during the endlessly light, warmer months. Full of bright colours, hip restaurants and exceedingly creative bars – fancy drinking in an old pharmacy or schoolhouse? Turku is the kind of small city where you wonder where the time went.

Located on the shore of Lake Saimaa, the fourth biggest lake in Europe, Lappeenranta is one of the Finns’ favourite spots to visit in their own country. The main season here is the summer, when you can really enjoy what the lake has to offer, but the winter tourism industry has also been growing lately. The location is also important politically speaking, as it is equidistant between Helsinki and St Petersburg and is a bridge between Russia and the West. Most of the older buildings here were burned down in the mid 18th century, but the area has more than enough natural beauty to tempt you in. 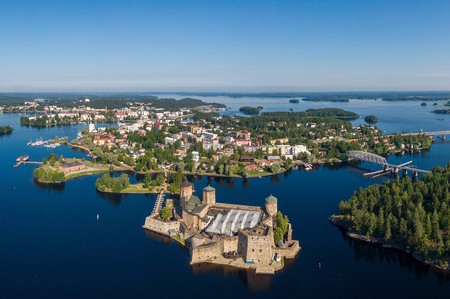 Savonlinna was founded in 1639 and built around the Olavinlinna castle, which you can still visit. Although it’s an inland town, you would be forgiven for forgetting that, thanks to the prominence of the area’s numerous lakes in the landscape. There are also several structures worth checking out, such as the Kerimaki Church, which is the largest wooden church in the world, or the intricately detailed Rauhalinna Villa, large enough to fit 5000 people. If you come at the right time, you might catch one of the big events – the Mobile Phone Throwing World Championships.

It may come as a surprise, but Finland has beaches too. Hanko is where many people in the area will come to soak up the sun and enjoy the long days, and it just happens to have a fascinating cultural history to boot. Finland is technically a bilingual country, with a Finnish-speaking majority and a Swedish-speaking minority. While only about 5 percent of the Finnish population at large is Swedish speaking, 44 percent of the Hanko population speak primarily Swedish. It was also controlled by Russia for long periods in its history, and for many years, the Russian nobility would come to Hanko for their vacations. 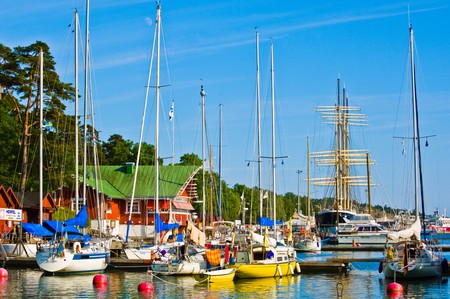 Mariehamn, or Maarianhamina in Finnish, is the capital of Aland, an autonomous Swedish-speaking territory that Finland has sovereignty over. Only built in the late 19th century, Mariehamn still appears much the way it did back then. Walking around the small centre, you’ll see streets full of colourful wooden buildings and houses that really bring the town to life, either in summer or in winter. It has a long history as a port, so there’s a large marina to explore, or you can board the Pommern, a museum ship anchored in the city’s western harbour. 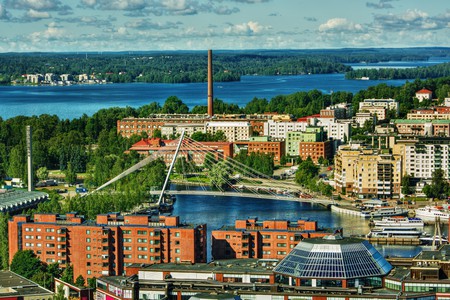 Tampere is one of the largest cities in Finland besides Helsinki, and it grew up as a centre of industry in the country – earning it the nickname of the Manchester of the North. The industrial buildings have lately been put to new use as Tampere’s industries have shifted, and now they just give it a very gritty, cool feeling. Between the buildings and green space surrounding the Tammerkoski channel that runs through the city centre, you’ll always have a pleasant spot to sit and observe the city’s flow – if you’re not freezing, that is. This is the major cultural hub outside of Helsinki, so you can usually enjoy anything from the local orchestra to one of their many museums or a great hockey game.

While the area that is now Rovaniemi – 10km (6mi) south of the Arctic Circle – has been inhabited continuously since the Stone Age, the city was heavily damaged when the Finns fought against the Germans at the end of WWII, so the buildings you’ll find will mostly be new. However, several of the most important ones, including the town hall and the Lappia House, which functions as a theatre and library, among other things, were designed by the well known Finnish architect Alvar Aalto. This is also the perfect place to look for the Northern Lights and visit if you’re a Christmas fanatic – Rovaniemi, after all, is the official home of Santa Claus.

You can go to Rovaniemi with Culture Trip on this exclusive five-day adventure in which you’ll go dog sledding and stay on your own private island. 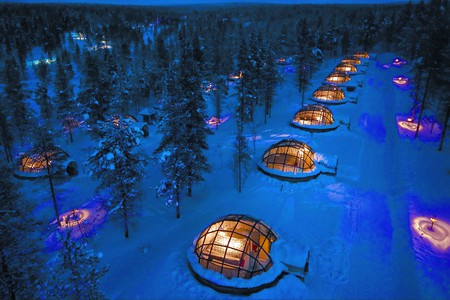 Ever dreamed of sleeping in an igloo? How about an igloo with a glass roof, perfectly suited for Aurora Borealis-hunting? Saariselka, which you’ll find by getting very close to the northern tip of Finland, is the place to go. The Kakslauttanen Arctic Resort is where you’ll find those glass-topped igloos, but the potential of the area doesn’t end there. You can take a sled-dog safari to witness the beauty of what real winter looks like on unspoiled land, or come in June or July to find out the real meaning of White Nights. This is a popular place to have romantic, snow-covered weddings – unsurprisingly, given where you could go afterwards for the beginning of the honeymoon. 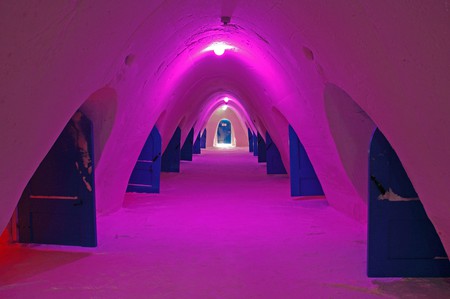 The biggest draw in Kemi is the SnowCastle, built anew each year in a different style | © Ainara Garcia / Alamy Stock Photo

In the southern part of Lapland on the Gulf of Bothnia, Kemi is another place to get in touch with Lappish culture. It was actually built as a shipping harbour in the late 19th century, but you’re not coming to see the permanent buildings. Kemi’s biggest draw is the SnowCastle, which they build every year in a different architectural style. You never know what it’ll look like, but there will always be a restaurant, a chapel (another site for winter weddings), and a hotel, which local artists decorate to give it serious flavour. Fancy having a meal on an ice table, on ice benches covered with reindeer skin? Move Kemi up to the top of your list.

Raseborg in southern Finland, is a town where Swedish-speakers make up the majority. There are a number of things to see here, both man-made and natural. There’s a lovely neoclassical church and a couple of buildings by Alvar Aalto, plus the numerous streets full of brightly coloured wooden houses to cheer you up on a dark day. On the natural side, given its location only barely on the mainland, this is a good jumping-off point to explore the islands in the Ekenas Archipelago National Park (Ekenas used to be its own town, and then merged with two others, Pohja and Karis, to form Raseborg in 2009).