Recluse Dies, Leaves Behind Hundreds of Secret Sculptures in Finland 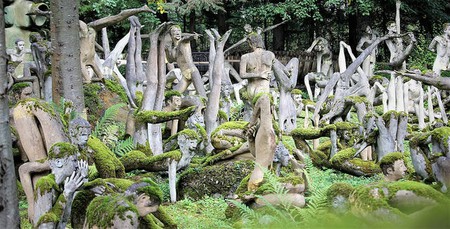 No one knew that this Finnish factory worker was secretly an artist until he passed away, leaving behind an entire forest filled with his sculptures.

Veijo Rönkkönen was considered to be a recluse. He worked for 41 years at a paper mill and barely went anywhere throughout his life except to work and back home to his farm. He was never trained as an artist, but when he died in 2010, he left behind what is basically an outdoor museum. 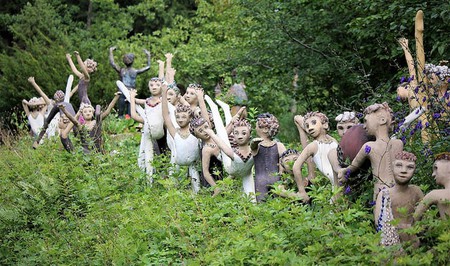 The forest surrounding his home is packed with sculptures of human figures of all ages and cultures portraying every type of emotion you can imagine.

Born in 1944, Rönkkönen began his career at the mill at the tender age of 16. Local legend says that he used his first-ever paycheck to buy apple seeds and a bag of concrete and so began his sculpture garden, which he nurtured tirelessly for half a century. 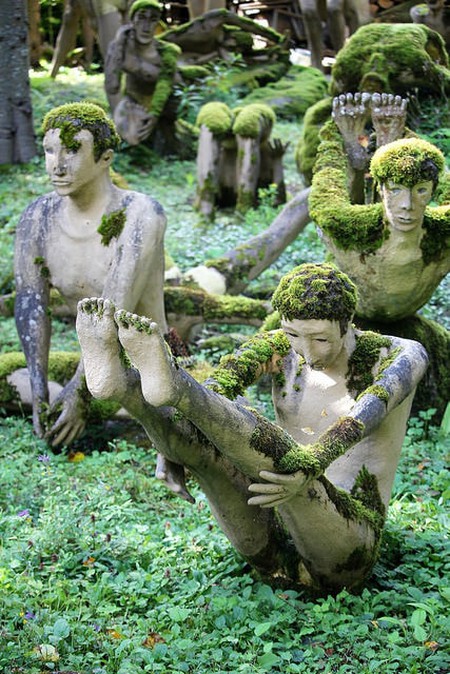 Now known as the Veijo Rönkkönen Sculpture Garden, the site attracts around 25,000 people each year. Visitors are drawn in not only by the art, but by the atmosphere of the woods themselves, haunted by the community of figures that Rönkkönen’s own hands so thoughtfully moulded.

The artwork is seen by many people as a bit eerie. Children hold each other up in mid-air, while older adults sit in traditional dress. Some have mouths full of real human teeth, which seem to grin at passersby. Others have speakers inside, which mutter incomprehensible sounds. 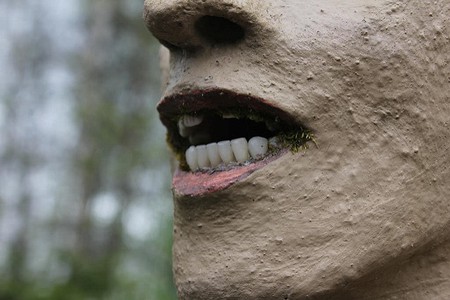 There is even an area that is home to 255 near-naked figures practising yoga. Yoga is actually one of Rönkkönen’s only hobbies that we know about, apart, of course, from making art.

Rönkkönen is more than an installation or a sculpture park; it’s a community, and although some of the artwork is disturbing, the forest is unquestionably quite magical, an amalgamation of many different worlds coming together all in one place. This feels especially meaningful considering that it’s an outside world the artist never quite experienced in real life.