Is Finland Gaining Popularity Through Memes? 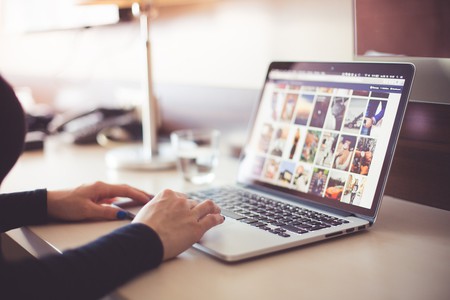 Finns are teaching the world about their country by posting memes | © picjumbo.com / Pexels

Memes are the new language of the internet. They can be used to make jokes, spread opinions, and even raise awareness. It is thanks to a new wave of memes from Finland that the internet has been learning more about daily life in the relatively obscure nation.

What are Finland memes?

In early 2018, during a period of extremely cold weather even for Finland, memes started emerging online poking fun at the awful weather. These would usually consist of something like taking a photo of the snowy landscape or people diving into an icy lake and adding the caption: ‘Meanwhile in Finland’.

This continued later in the year when the May weather in Finland was unusually warm and was instantly followed up by a cold and windy June. For example, posts of a snowy landscape image with the caption, ‘Happy Midsummer from Finland’, emerged.

Other memes make fun of Finland’s history, politics, love of drinking, or other odd aspects of its society. A commonly shared image is from a menu with a ‘Finland breakfast’ – hot coffee with vodka and a cigarette.

Finnish language students are also venting their frustrations with learning a difficult language into meme form. For instance, they showed how the Finnish phrase ‘kuusi palaa’ has nine different English translations.

How Finland became a fountain of memes

It’s hard to determine why people love memes so much, apart from the fact that they’re funny. The popularity of memes originating from and making fun of Finland likely stems from the fact there are a high number of internet users for such a small population, and almost all younger Finns are at least bilingual and can easily make jokes in English (although there are plenty of ‘inside joke’ memes in Finnish as well).

Joel Williams of the ‘Very Finnish Problems’ podcast told YLE that he suspects the well-functioning yet melancholic Finnish society lends itself well to the internet’s obsession with ‘first world problems’. Examples are Finns complaining that the bus is one minute late or a picture of someone sweating when the temperature reaches 10 degrees Celsius (50 degrees Fahrenheit).

Finns also have a fairly nihilistic and care-free attitude and like to poke gentle fun at themselves and the strangeness of their country and society. They are also interested in how they are seen by the rest of the world. While they aren’t stuck up, they do like to see their country gaining some recognition, even if it is only through silly memes.

One of the strangest Finnish memes on Know Your Meme is the ‘Finland doesn’t exist’ conspiracy theory. This was a story circulating the internet a few years ago claiming that Finland wasn’t a landmass but actually a part of the Baltic Sea, and the country was invented by the Soviet Union and Japan so they could fish there illegally. This spawned a series of reactionary memes such as including Finland on a list of fictional countries people would most like to visit.

Another meme that was featured on several websites was the ‘flight to Hel’ incident. On Friday the 13th in September 2013, a flight with the number 666 flew to Helsinki Vantaa Airport, whose airport code is ‘HEL’. What surprised the internet even more was that the flight was almost entirely full and even arrived at its destination a few minutes early. While some saw this as strange, others on the internet viewed it as yet another example of ‘only in Finland’.