How To Make the Most of a Weekend in Helsinki 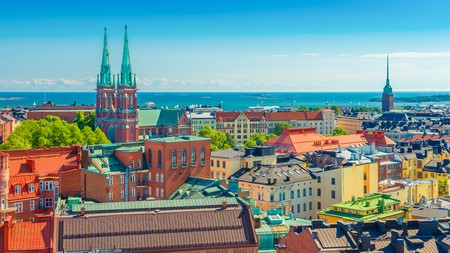 Compact and easily walkable but packed with things to do, Finland’s vibrant capital is ideal for travellers looking for a short city break away. For a 48-hour, whirlwind tour of the city, these are the best things to see and do in the beautiful city on the Baltic Sea.

Start your weekend in Helsinki, right in the heart of the city centre. Stroll through Esplanade Park, where you’ll find tree-lined boulevards, sculptures commissioned from Finnish artist Viktor Jansson and street performers. 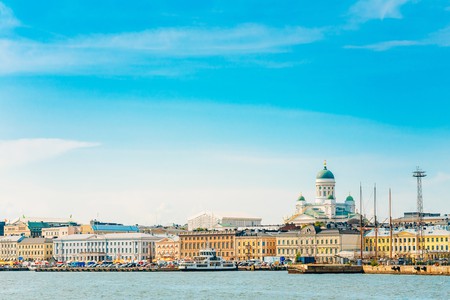 Afterwards, people-watch over pastry and coffee at elegant Helsinki institution Strindberg Café in the Kämp Galleria shopping centre. Skip the high street brands and head to Kämp Garden on the second floor when you’re finished to browse the best selection of Finnish fashion brands.

The Market Square is a five-minute walk from here, next to the South Harbour and close to the tourist office. It’s a great place to take in views of the Old Town and its two churches, the Helsinki Cathedral and the ornate Uspensky Cathedral. After taking in the sights, graze on street food for lunch at the Old Market Hall next door.

“Get a creamy salmon soup or a rye bread sandwich with salmon gravadlax and lots of dill,” advises Helsinki local and student Jaana Woll. “Or try a korvapuusti bun – which translates as a ‘slap on the ear’, which is a traditional pastry made of yeast dough with cardamom and cinnamon.” 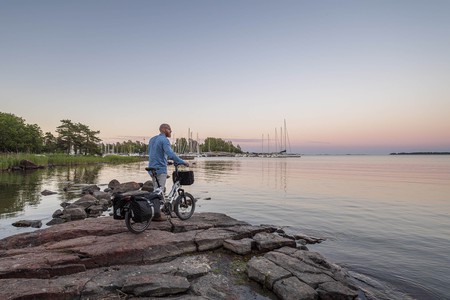 For a bird’s-eye view of the city and the Baltic Sea beyond, take a ride on the SkyWheel Helsinki. Afterwards, soak up Helsinki’s history in the Senate Square where you can marvel at the Neoclassical Government Palace, the photogenic Helsinki Cathedral and the statue of the Russian tsar Alexander II.

Next, hire a city bike to explore the coastline towards the south of the city. Follow the excellent cycle paths to Kaivopuisto Park, the city’s oldest park overlooking the harbour and out to sea. “Just keep in mind that as a coastal destination, we always have wind,” warns Woll. “Pack something windproof to keep you comfortable.”

Evening: an island escape at Lonna

Cycle back to the Market Square to catch the short JT-Line ferry to Lonna, a former military island now open to the public. Just 150-metres (492-feet) long, it takes less than 10 minutes to walk around the whole island, but it feels like a mini-holiday away from the city. It is also the ideal place to watch the sunset over downtown Helsinki.

In summer, book a table for dinner at the island’s Restaurant Lonna for organic Finnish cuisine, then stick around for the regular open-air jazz events and barbecues. There’s also a cosy waffle café under the restaurant if you have room for dessert.

A 15-minute walk from the harbour back on the mainland, Liberty or Death is a tiny cocktail bar with Prohibition-themed decor, friendly service and a wildly inventive and ever-changing cocktail menu. It’s very easy to miss, so look for the dark curtains opposite Yes Yes Yes, a top vegetarian restaurant worth visiting for the halloumi fries and tandoori flatbread alone. 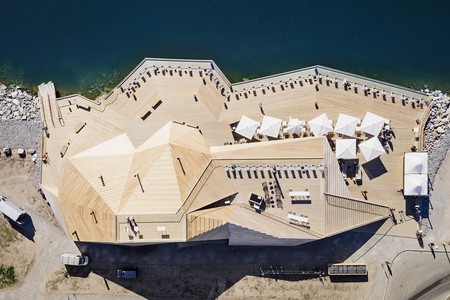 Löyly sauna is located in the southern tip of Helsinki | © loylyhelsinki.fi

For night owls, take bus 14 or the M2K Metro to the Löyly sauna, which is located in the southern tip of Helsinki. “It has a huge terrace area with a DJ on weekend nights,” says Woll. “It’s a great place to hang out with friends and enjoy a cool drink with the waves splashing against the shore next to you.”

Morning try the best brunch in Helsinki at Kiila 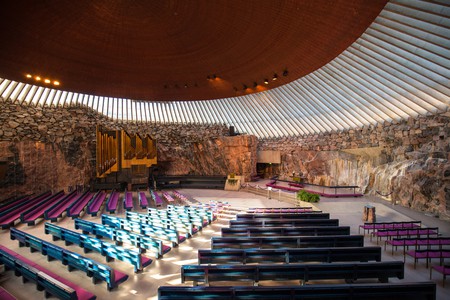 The astonishing Temppeliaukio (known as the Rock Church) is a must-see Helsinki landmark, and the result of a post-war design competition. Excavated into solid rock, it is worth seeing in the morning, especially when sunlight floods the space and shines directly on to the altar, made from an ice-age crevice. “Just check whether there are any cruise ships in town on the day you intend to visit, as on those days it tends to be extremely crowded,” says Woll. Walk south afterwards to the airy breakfast spot, Kiila where you can enjoy a buffet brunch loaded with pastries, fruit and smoked salmon. The restaurant overlooks the Three Smiths Square and has huge floor-to-ceiling windows. 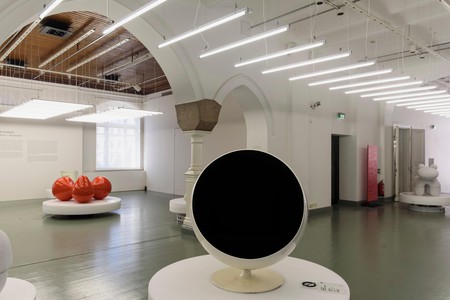 Next, squeeze in a stroll through Helsinki’s stylish Design District, crammed with more than 200 shops, galleries, museums and hip restaurants. If you want to stay longer, visit the Design Museum, which documents 150 years of Finnish architecture and design, or book the guided walking tour of the area. 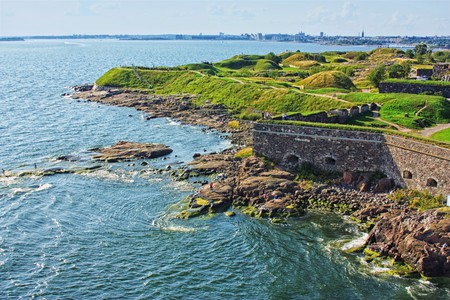 Walk to Market Square and catch the 10-minute ferry to the sea fortress at Suomenlinna, a UNESCO World Heritage site. The fortress is arguably one of the most historically important places in Finland. Spread across six islands, it dates back to the 18th century when Finland was still part of Sweden. Visitors can explore its walking trails, visit six museums, including the Toy Museum and Military Museum or even call into the island’s own brewery. Be sure to stop for kakkukahvi (coffee and cake) at the charming Café Silo, located in a wooden house near the ferry pier. “Stay until the late afternoon if you can,” says Woll, “as the traffic on the island calms down and you can enjoy the view over the sea and archipelago from the walls of the fortification.” 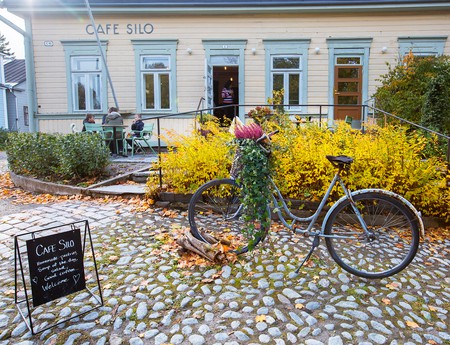 To go back on the mainland, jump on tram number 3. Tickets can be bought from the driver and the line passes most of Helsinki’s main tourist sights including the Opera House and the Olympic Stadium. “It does a nice loop of the city to the Kallio area,” says Tea Lindberg, local business owner and co-owner of Sauna Arla.

Evening: pamper yourself with a sauna 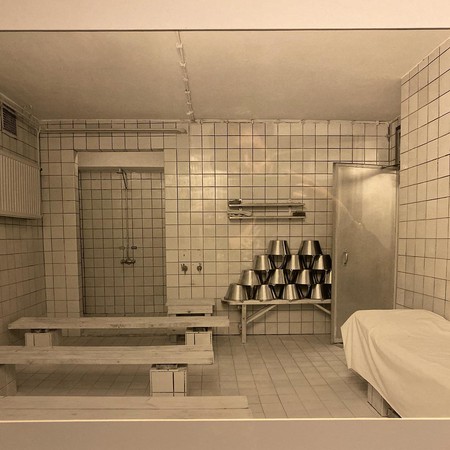 Sauna Arla is in the trendy Kallio district | © Sauna Arla

You can’t visit Helsinki without indulging in the favourite Finnish pastime of taking a sauna. There are several throughout the city, but Sauna Arla in the trendy Kallio district is one of the few remaining originals, founded in 1929.

“Most people here would take a sauna at least once a week. It’s a good chance to put down your phone and relax in a peaceful atmosphere,” says Lindberg. “You can wear a swimsuit or towel or be naked – that’s mostly what people do.”

Book a table afterwards at renowned vegan restaurant Villd, less than a two-minute walk away. The new permanent home of chef Ossie Paloneva’s pop-up concept, the ever-changing five course menu is based on foods foraged from nature. Diners can also try handmade non-alcoholic drinks including kombucha and kefir. “The food is all picked from the forest and it’s all really fresh and natural,” says Lindberg. 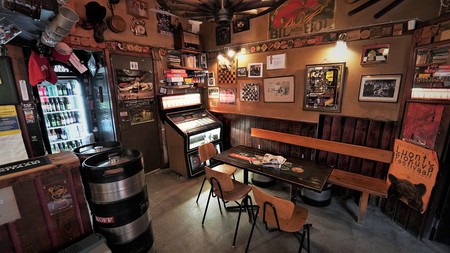 Stay in the Kallio area for the best night out in Helsinki. Once a run-down working-class neighbourhood, Kallio has been transformed in recent years and now attracts artists and students with its independent shops, bars and restaurants. Start with drinks at one of the area’s original bars, Pub Sirdie. Founded in 1966, it is still partially owned by its regular customers. “It reminds me of the days when Kallio was a worker’s district and far from trendy,” says Woll. “The thing to order here is a Kolmostuoppi – a jar of very basic Finnish lager.”

End the night dancing at the starkly minimal nightclub Post Bar, run by four local DJs, or Kaiku, a club in a converted bread factory open until 5am on Friday and Saturday and popular with big-name DJs.