How to Backpack Around Finland on a Budget 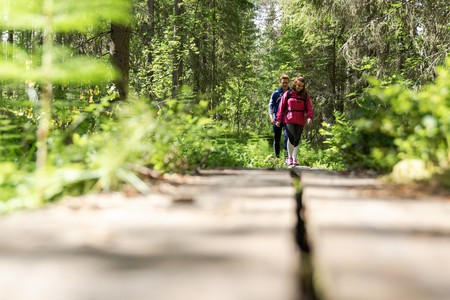 Hiking through the countryside of Finland | © Visit Lakeland / Flickr

Finland is known as a fairly expensive country to visit, which is why so many backpackers and budget travellers skip it. This is a shame as they are missing out on a lot, from the fascinating history of Turku, the stunning old wooden buildings of Rauma, to the pristine waters of Lakeland. With a little planning and local knowledge, you can actually travel around Finland for as little as €15 per day. 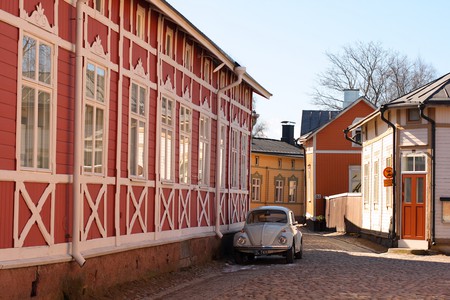 To begin with, you can save money on your accommodation in Finland by splitting the cost between several people or looking for a room in a hostel. The capital city of Helsinki has the Eurohostel and Hostel Domus Academica, where dormitory beds cost as little as €33 per night. Cities outside of Helsinki have even cheaper rooms, such as Porvoo Hostel, which is as low as €23 per night. 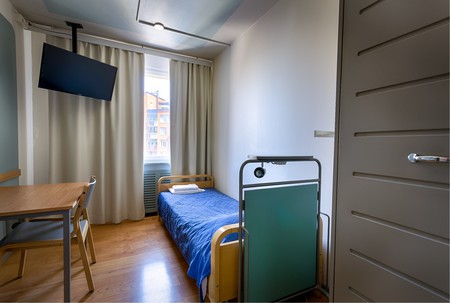 If you are staying in the countryside, everyman’s rights mean that you can legally pitch a tent and start a campfire (obeying fire safety laws) anywhere in Finland outside of farm fields and private property. This means that all you need is a tent, some basic camping equipment, and an eye mask to sleep through the Midnight Sun. 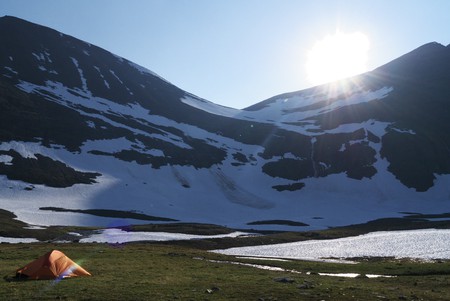 Camping is possible anywhere in Finland thanks to everyman's rights. | © Mikael Leppä / Flickr

Transport around Finland will likely eat up a large portion of your budget, unless you use some forward planning. Trains in Finland can be particularly expensive. A return trip from Helsinki to Rovaniemi without pre-booking can cost over €500! You can avoid the hefty fees by pre-booking on the VR website and using an EUrail pass, which you can also use for a bus transfer to Sweden or Norway. 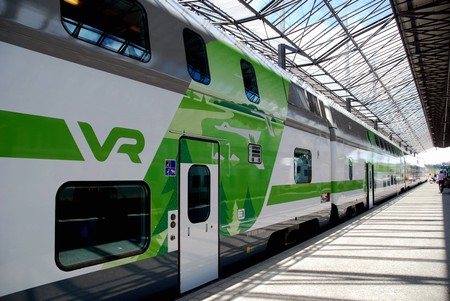 A cheaper alternative is to use the Onnibus service, which has routes connecting dozens of towns and some summer festivals. Although the bus takes longer and has less leg room, tickets are generally half the price of the train and you can see more of Finland along the way. 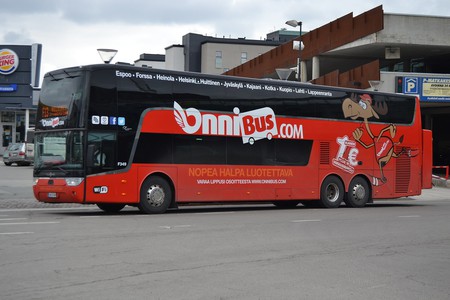 If you want to travel further afield then you can split the cost of a car rental between friends to reach the places which aren’t served by public transport, or you could rent a bicycle to enjoy Finland’s many country cycle routes. 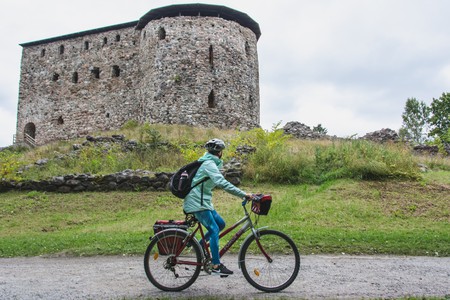 You will want to spend at least a few days in Helsinki, although transport in the capital is especially expensive. Thankfully, you can buy a travel pass for up to a week with the HSL travel app, which gives you unlimited travel on all the city’s busses, trams, local trains, and ferries. You can even save money on a tour by simply seeing the city sites by tram. 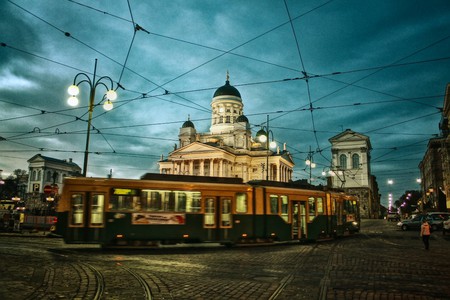 Use a day pass to travel by tram in Helsinki for cheap. | © Alexander Kolosov / Flickr

Finland has a lot of great restaurants, but again they can be expensive, even without the need to tip. If you don’t mind some more basic meals, there are still plenty of cheaper cafes or casual dining restaurants such as Koti Pizza where you can have a full meal for under €10. Lunch buffets are fairly popular in Finnish restaurants and a good way to fill your stomach for a cheap price.

Supermarkets are still the cheapest places to eat in Finland. You can eat for several days with only a loaf of bread and some sandwich fillings, plus pick up some more affordable beer.

If you are staying in the countryside, you may even be able to source entire meals straight from nature. You can catch a fish from Finland’s numerous lakes, find some mushrooms, berries, and herbs in the forest (it’s best to do this with a local expert to avoid picking up something poisonous), and cook them all up on a campfire or stove. 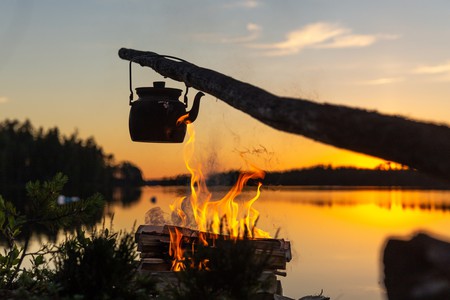 There are countless attractions in Finland to suit any taste, and not all of them are that expensive. Most museums and galleries, for instance, have free entry at a certain time each week, so check their websites before you go to find out when those are. Even just the experience of seeing the wonderful Finnish countryside or the architecture of the cities is a free and memorable activity. 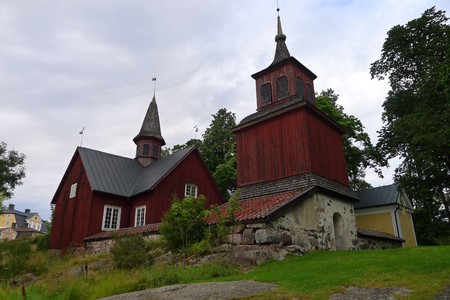 See the architecture of Finland for free | © Timo Newton-Syms / Flickr

Finland is at its most beautiful during the summer, from mid-June to the end of July. But this is also when it is at its most expensive. You can beat the crowds and the higher prices by visiting in either the spring or autumn. Snow typically melts by April in southern Finland and May in the north. Autumn is considered to start in August in Finland, as it is when the temperature starts to drop and most people go back to school or work. The country is still incredibly beautiful at this time and a lot more peaceful. Most tourist attractions and hostels will still be open through the autumn and the lull of the tourist season means that most of them are much cheaper. 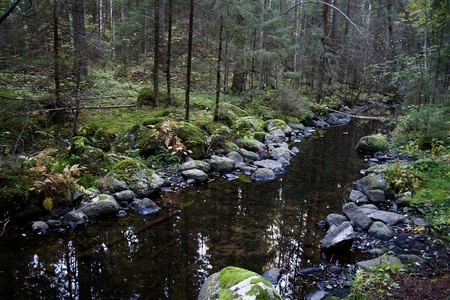 Finland is just as beautiful during the autumn. | © Karri Huhtanen / Flickr

The weather can be highly unpredictable during these times, but you will generally be fine with some warm and waterproof clothing. Finland even had a heatwave during May 2018!

Following all of these tips will allow you to see all the best of Finland and take in a highly under-appreciated country without breaking your budget.