How the Beauty of Finland Inspired Its Greatest Composer

Finnish composer Jean Sibelius is the most famous and recognizable classical music composer from Scandinavia. His works are a popular choice among orchestras and have influenced many musicians. Sibelius studied in Finland, Germany, and Austria, toured throughout much of Europe, and even changed his birth name, “Johan,” to the French name “Jean,” as he felt it was more of a “music name.” Yet his music always best reflects the beauty, mythology, and national spirit of his native Finland. These are some of the ways in which his home country inspired his beautiful compositions.

Born in 1865, Sibelius grew up during a time when Finland was still under the control of Russia, but anti-Russian tensions were high. Sibelius studied at the Finnish Normal School, the first exclusively Finnish-speaking school in the country. This instilled a great sense of national pride in him from a young age, which reflected in his work.

Sibelius as a schoolboy | © WikiCommons

After his breakthrough, his music became an integral element in building up his Finnish national identity and pride at a time when the country was trying to move away from Russian dominance. By the time Finland gained independence in 1917, Sibelius was already considered a national hero, and still is today. His “Finlandia” hymn is now considered the unofficial national anthem of Finland and he has featured on postage stamps and banknotes.

Sibelius’ nationalism was partially inspired by his reading of integral works of Finnish literature and mythology, particularly the Finnish national epic poem The Kalevala. Joining the likes of Shakespeare and Tolkien, Sibelius was deeply inspired by the work and used it as a basis for much of his work. He wrote several symphonic poems, including “Pohjola’s Daughter” and “Luonnotar,” based upon stories, and his first break-out success was the “Kullervo Symphony,” named and based upon the most famous story of the Kalevala. It was a challenging piece for such a new composer, but it was enough to launch Sibelius’ career as one of the most popular composers in Europe and be recognized in his native Finland as a creative genius. 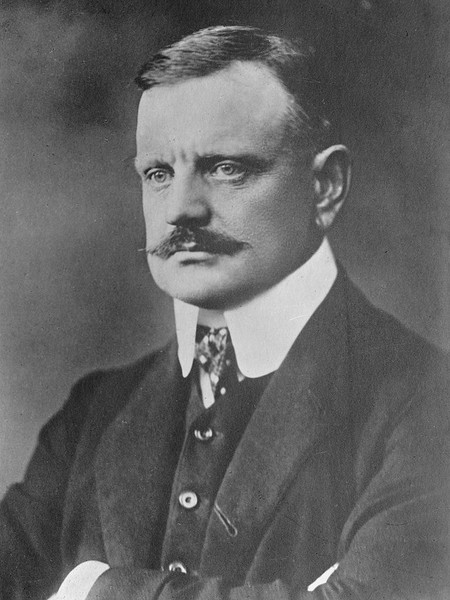 Listening to Sibelius’ works evokes the mental image of walking alone through a snow-covered forest in the dead of winter. This is because the nature of Scandinavia was a huge inspiration for Sibelius. He grew up in a small town in southern Finland and later moved to a house by a lake in Ainola, where he produced the main body of his work. 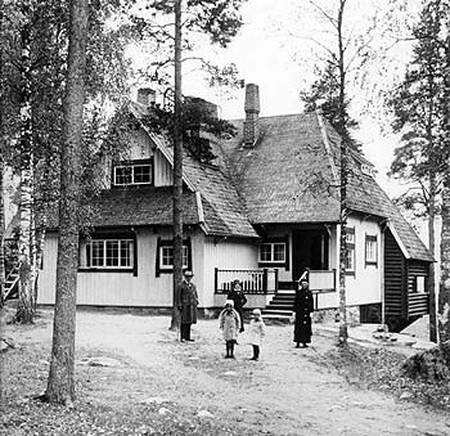 Sibelius and family at their house in Ainola | © WikiCommons

He loved to take long walks and spent a long time observing nature and appreciated the countryside during all seasons. Later, he would work these observations into his compositions. 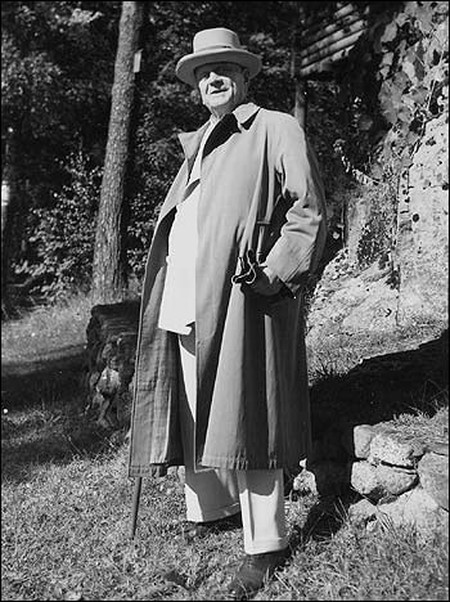 Sibelius at Ainola in the 1930s | © WikiCommons