How Sisu Has Made the Finns the Ultimate Racing Drivers 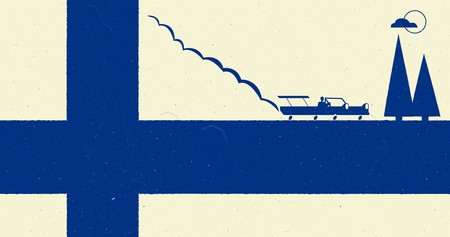 A uniquely Finnish concept, sisu is a cultural construct that, without a direct translation, roughly means ‘strength of will, determination, perseverance, and acting rationally in the face of adversity’. It is the mental strength that ensures competitors get up after they’ve fallen down without fear of failure, it’s about seeing through things to the very end, and it’s about integrity.

These qualities are what help Finnish racing drivers become the best in the world.

With a current population of five and half million, Finland produces a disproportionate amount of world class racing drivers. Across a variety of disciplines you can reel them off; Mika Salo, Ari Vatanen, Kimi Räikkönen, Juha Kankkunen, Tommi Mäkinen, Valtteri Bottas, Keke Rosberg, Timo Mäkinen, Jari-Matti Latvala, Mika Häkkinen, Heikki Kovalainen and you could go on. Among them are multiple world champions in Formula 1 and rally driving. 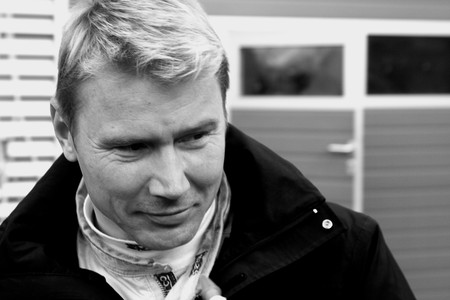 A large part of this success is put down to sisu. This ability to persevere and not only pluck up courage, but sustain that courage over lengthy periods of time, is ideally suited to the extreme speeds and dangers experienced in elite motorsport that prevent most people from excelling at it. It also factors in a personal focus and a cool-headedness. According to Salo, ‘Our mentality is very good for racing – never give up. We’re very stubborn, jealous and selfish people. So you’d rather do well yourself than let somebody else do well. Everyone is very calm – not a lot of mistakes. I don’t know why it is, but I am the same. Emotional things don’t affect what I do at all.’

In addition to sisu, there are a number of differing reasons that Finns claim help makes them so good at racing. This, in part, helps explain why they excel at motor sports over other things. The qualities of perseverance, determination and the ability to push on through the pain barrier seems tailor made to something like cycling, for example, but the peloton is not overflowing with Helsinki-born mountain stage specialists.

Kimi Raikkonen, a man of very few words even at the most talkative of times, puts the success down to two other factors; ‘Our roads and long winters. You really have to be a good driver to survive in Finland. It is always slippery and bumpy.’

Finland’s varied terrain, including rural gravel roads, means that young drivers are regularly exposed to challenging driving conditions. In addition to this, the country’s sparse population and remote towns mean that children are given time behind the wheel from a relatively young age. Quiet fields and lanes provide children the perfect opportunity to familiarise themselves with driving. Finland has motoring training programs around the country, making it very accessible for those interested in taking up the sport. 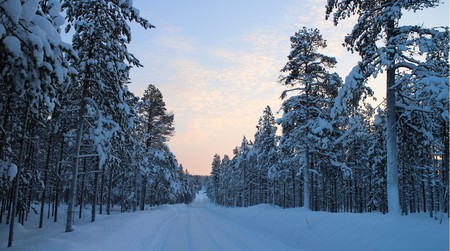 There is also folk racing, an inexpensive form of motor racing that uses second hand cars and attracts old and young drivers alike. It provides a brilliant starting point for getting into competitive racing.

But sisu goes beyond motor sport – and even sport in general. It’s the reason the New York Times reported that the Finns managed to fend off the Soviet army in the ‘Winter War’ in 1939, despite being greatly outnumbered.

According to Emilia Lahti, a graduate from the University of Pennsylvania’s Applied Positive Psychology who is now researching sisu at Aalto University School of Science and Technology in Helsinki, the trait in question ‘is not so much about achievement as it is about facing your challenges with valour and determination. It’s the psychological strength capacity that enables individuals to power on when they’ve reached the end of their psychological or physical resources.’

The concept of sisu is supposedly innate, something that Finns are born with. According to Lahti and her research, it is also something that can be developed. In her research surveying contemporary Finns and Finnish Americans, ‘83% believed that regardless of how little sisu one is “born with”, they have the power to cultivate and develop it during their lifetime.’ Knowing what sisu is, and what benefits it brings is part of a wider understanding of knowing oneself. This is not simply blind faith of foolhardily running into brick walls that simply can’t be broken down because you believe you can persevere. Lahti explains. ‘Sisu, determination and courage work best when they are informed by reason, which in turn must be grounded in the open and objective observation of our environment.’

Lahti has conducted her research and presented her findings (and continues to do so) in the attempt to promote the benefits of sisu to an audience outside of Finland. There may be a great many people who have what the Finns describe as sisu, without knowing that they have it. Having the mere semantics to describe something early is a stepping stone to understanding and explaining it. Finnish racing drivers learn from a very young age what sisu is and how it benefits them. Perhaps it is something others can do also.

Want to develop your own sisu? Lahti recommends:

Run long distances. Long distance running provides an opportunity for you to push your limits on a regular basis.

Reflect on your most sisu filled times. Being aware and understanding your own abilities to overcome difficult situations will make the next one easier to face.

Think about historic examples of people going beyond their limits. This provides evidence of what humans are capable of.