How Finland's Independence Was Impacted By Its Iconic Opera Festival

The Savonlinna Opera Festival, held every summer at the 15th-century Olavinlinna castle in eastern Finland, is one of the largest annual music festivals in Finland, and one of the biggest opera festivals in Europe. More than just providing a fantastic night at the opera, the early days of the festival also helped contribute to Finland’s independence 100 years ago.

History of the festival

The beginnings of the festival go back to 1907, when Finland was still an autonomous part of Russia and the Olavinlinna castle was still a minor tourist attraction. Finnish opera soprano Aino Ackté, a Finnish patriot, was attending a nationalist political meeting at the castle. She saw the castle’s potential not only as a romantic venue for an opera festival, but also as a chance to promote Finnish music and use it to push for independence.

It wasn’t until the summer of 1912 that the first festival was held, but it was an immediate success. For five consecutive summers, five operas were performed in the grounds of the castle. What was particularly significant is that almost all of them were composed in Finland, the only exception being Faust by Charles Gounod, in which Ackté performed the leading female role. 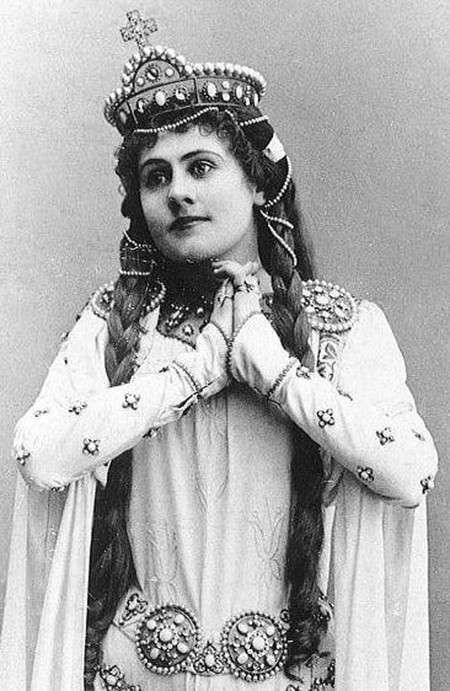 While the festival didn’t directly lead to Finland’s independence, it did help contribute to the ‘pro-Finnish’ attitude which eventually caused it. After several years of political turmoil, including the Russian Revolution, Russia’s influence in Finland was waning, and they were having trouble financially supporting their foreign territories.

The pro-Finnish movement arguably began with the publication of The Kalevala in 1835, a collection of Finnish mythology. This helped build a sense of national identity and culture, which contributed to more Finnish music, film, and art. Russia tried to counter this with the ‘Russification’ of Finland, but were met with great opposition. Performing Finnish operas in the Finnish language was a great contributor to the movement, as Finnish had traditionally been viewed as a ‘peasant language’, rather than one associated with high art. It worked well, and in 1917 Finland gained independence from Russia. 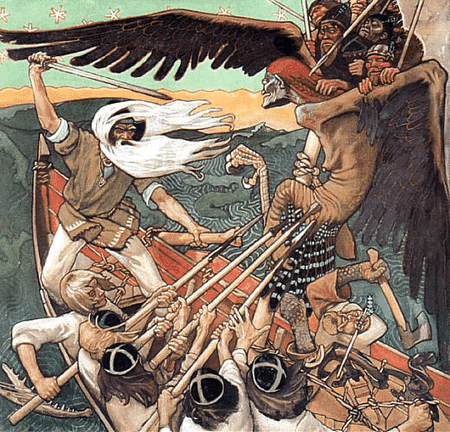 The history of both Finland and the opera festival were not smooth from that point on. A civil war broke out one year after independence, which meant an end for the festival until 1930. That was also Ackté’s farewell performance. World War II and Finland’s subsequent poverty delayed it even further.

Despite this, the presence of the opera was still strongly felt at Olavinlinna. The castle was used for a number of smaller festivals and an opera school. In 1967, when Finland had recovered both politically and financially, the festival was resurrected. The re-launch was yet again a success, being broadcast on television and even attended by Finland’s then-Prime Minster, Urho Kekkonen. 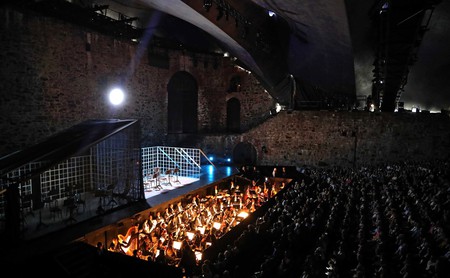 Savonlinna Opera Festival has continued to be a sold-out event since the 1960s, but now showcases a mix of both Finnish and international operas and musicians, including a return to Russian music. The festival now lasts a full month, rather than a single week, and attracts 60,000 spectators each year, around 10% of whom travel from abroad. There have been 13 premieres so far at the festival, including an operatic tribute to Aleksis Kivi and The Canine Kalevala, the festival’s first family opera. 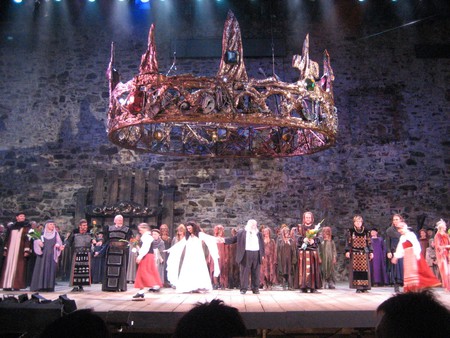 The 2017 festival coincided with the centennial anniversary of Finnish independence and featured a celebration of Finnish opera, including a premier of a new Finnish opera, The Castle in the Water, Sibelius’ ‘Kullervo’ symphony, and performances by many prominent Finnish musicians and singers. Yet the centenary festival still held with its modern tradition of staging international operas, with performances of Mozart’s Die Entführung aus dem Serail, Verdi’s Rigoletto, and two Tchaikovsky performances by The Bolshoi Theatre.

The 2018 festival is also set to celebrate international acts, with more Tchaikovsky operas, a return of Faust to the festival after 16 years, Madama Butterfly, and Otello. This will allow the Savonlinna Opera Festival to continue bringing the world’s best opera to Finland, and sharing Finnish opera with the rest of the world.