How Helsinki Positioned Itself as an Innovator of Nordic Style

‘The contrasts and extremes’ says Finnish designer Tuomas Merikoski, the brains behind Aalto, ‘and the clash of Eastern and Western cultures.’ These, he posits, are the design points that define the Finnish aesthetic. They are also what make Helsinki one of the most exciting spots for fashion in the Nordics at the moment.

For years, the Scandinavian countries have owned the fashion landscape. ‘Scandi chic’ has become ubiquitously associated with minimal, functional design that spurns the pursuit of faddy trends in favour of cool, timeless pieces.

Bloggers such as Pernille Teisbaek have put Copenhagen in the spotlight, while brands such as ARKET, Weekday and Monki have ensured that Swedish style is accessible to all. And while the world may be seduced into hygge-esque knits and bike-friendly cropped trousers, the appetite for an edgier alternative has been sated by the Helsinki fashion scene.

In comparison to its Nordic neighbours, the Finnish fashion industry is very new. ‘There wasn’t [a fashion week] before in Finland’ says founder of Helsinki Fashion Week, Evelyn Mora, ‘and it is a very important and necessary platform for the local and international fashion industry, and our local market potential’ she tells me.

Indeed, given that London Fashion Week generates some £270 million every season, bringing the industry to Finland will have an almost guaranteed positive economic impact. And while social media is undoubtedly a powerful tool for publicising work, having a catwalk show generates an event’s worth of hype, as well as fostering new relationships face to face. 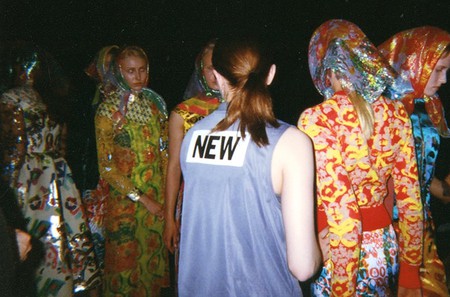 Does that mean there’s scope for the city to become a new fashion capital? ‘I prefer the idea that Helsinki can grow and be the voice of alternative creativity, art and fashion,’ says Merikoski . ‘Maybe even the capital of alternative and youth fashion.’ It’s an astute aspiration, and one which Merikoski has recently pursued with a new book Finnish Youth that chronicles the edgy energy and style at the heart of youth culture in the city.

Helsinki’s reputation as an alternative centre for fashion has also come through the range of international and emerging designs that showed at Helsinki fashion week last season; designers from the surrounding Baltic states featured heavily on the schedule – with Finland positioning itself as a touch point between mainland and Eastern Europe.

2017 saw designers showing from Kazakhstan, Russia, Korea and Ukraine, as well as copious homegrown talent. ‘The fashion week in Helsinki is now actively developing and, in addition to local designers, many young brands from all over Europe are coming to join,’ says Ksenia Schnaider, the designer behind the Ukrainian eponymous label Ksenia Schnaider studio. ‘We joined because it was a new country, and promised a new experience for us.’ 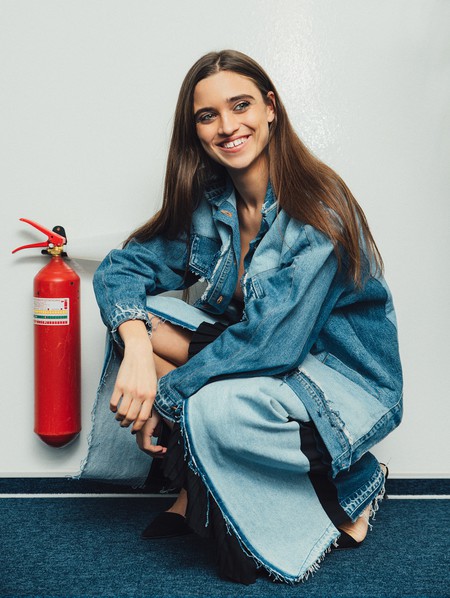 In an industry where novelty is a main driver, Helsinki’s emergence onto the sartorial landscape ensures attention. The novelty of the week, with its international rostra of designers, also means an attendance of international media, a factor that Evelyn Mora cites as powerful in Helsinki fashion week’s increasing success. ‘We had media all the way from Africa and Asia,’ she tells me, adding that there’s also interest from major buyers such as Saks and Antonioli – crucial assets in ensuring the longevity of the Finnish fashion scene.

Interest in Finland’s capital as a fashion destination is helped by the fact that, unlike larger fashion weeks, Helsinki is 100% free for the selected designers. This allows for a wider range of emerging talent to enjoy the international attention without having to operate on the periphery and compete with the mainstream. By operating on an inclusive strategy, Helsinki gains the competitive edge over its neighbours in terms of fostering, and centralising, emerging talent: novelty and innovation operate at the locus of the week. 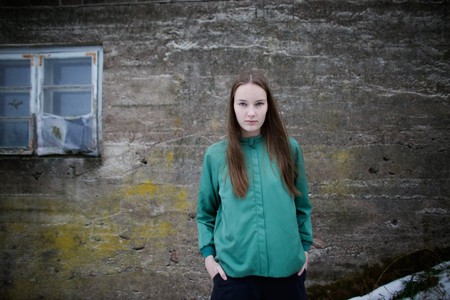 Fuelling Helsinki’s reputation as the new leader of the Nordic fashion landscape is the sustainable approach that many designers are placing at the heart of their brands, as well as the week itself. Mora credits this sustainable approach as one of the reasons for the city’s growing fashion scene in the city: ‘It is very important to have good values, and offer all the creatives an open platform to express themselves,’ she says.

Finnish brand Tauko have adopted an ethical-first approach, ensuring that they work with recycled and local materials to create their work. Launched in 2013, the label prides itself on its Finnish and Estonian craftsman, and offers patches to mend clothes that have worn. It’s an exciting new mindset that counters the constant turnover of fast fashion, while still promoting trends and unique pieces.

In bringing together the industry’s trending threads, Helsinki is thus positioned to lead a new era of Nordic style – prepare yourself for more to come in 2018.