Here's The Snow Castle in Finland You Didn't Know Existed 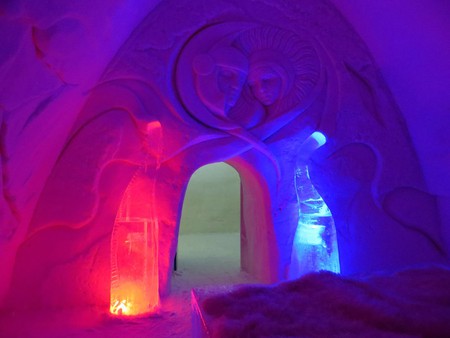 For the travellers who want their trip to be as unique as possible or want the very best travel pictures to show their friends, the Kemi Snow Castle in the Finnish Arctic Circle is the ultimate once-in-a-lifetime travel experience – because it literally is different every time you visit. It is one of the world’s few travel destinations that can make you feel as if you are inside a fairy tale, since it looks like something made using Princess Elsa’s ice powers.

What is the Snow Castle?

The Kemi Snow Castle is just what the name suggests – a hotel shaped like a castle which is made entirely out of snow and ice, the largest of its kind in the world. It is reconstructed in the city of Kemi in Finnish Lapland every year in January, when it is coldest and stands until mid-April when it begins to melt. The first Snow Castle was built in 1996 as a gift from UNICEF to the children of the world and attracted 300,000 visitors within only a few short months. It was so popular that a new castle is now constructed every winter (so long as the weather is cold enough) with a new theme each time. The 2018 theme was Animal Wonderland, celebrating the wildlife of Lapland and the world, perhaps as a reflection of the castle’s growing international popularity. Themes of previous years have included medieval fantasy, superheroes, fairy tales, and even Angry Birds. 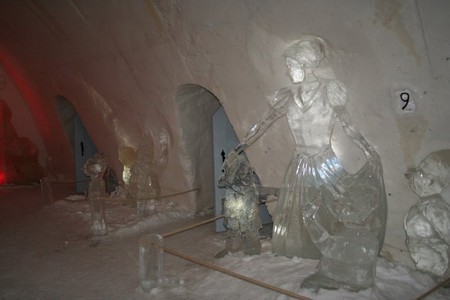 Each of the hotel rooms has its own individually constructed ice sculptures. Obviously, the rooms aren’t heated and visitors bundle up underneath reindeer fur blankets to stay cosy. The nature of the hotel means that the rooms don’t even have their own bathrooms! 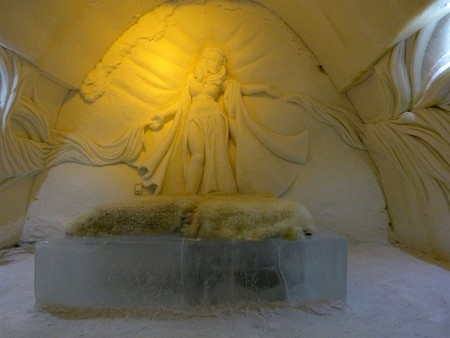 The honeymoon suite of the 2012 Kemi Snow Castle | © CookMeSomeKai / WikiCommons

But the castle is more than just a hotel. It also has exhibition spaces where visitors can observe the ice sculptures, a Snow Restaurant where everything from the tables to the drinking glasses are made of ice, and a fully licenced wedding chapel. Couples have come from as far away as Hong Kong and Japan to get married in the Snow Hotel chapel. Depending on the year, there may also be a children’s adventure land, a lookout tower where visitors can see the frozen landscapes, and a theatre hosting opera and dance performances. 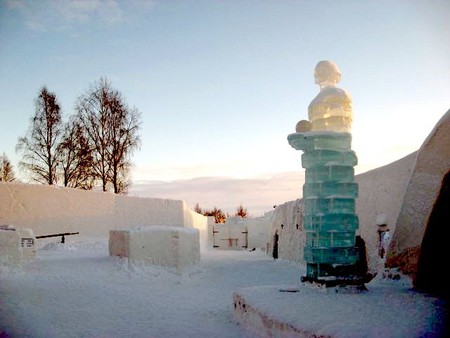 How to build a Snow Castle

The construction of the Snow Castle is a work of art in itself. Due to its huge size and complexity, it takes five weeks to build using snow held together with frozen seawater from the neighbouring Gulf of Bothnia. With the castle gaining a new theme and new look every year, it is always a challenge to build and for the artisans to outdo themselves each season. The castle walls are regularly over 12 feet high and the structure has grown to three stories tall and 20,000 feet in size during previous winters. 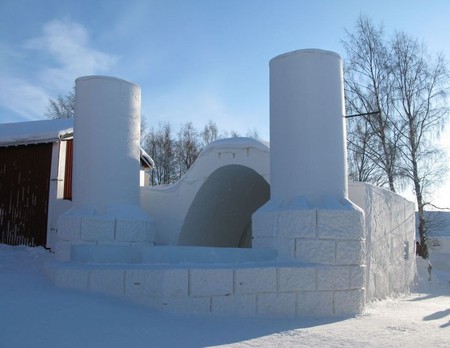 Just as much care is given to the inside of the castle as the outside. Artists create the wonderful ice sculptures that line the walls. Coloured lights are installed to give the rooms an ethereal glow. There is even a slide made out of ice. 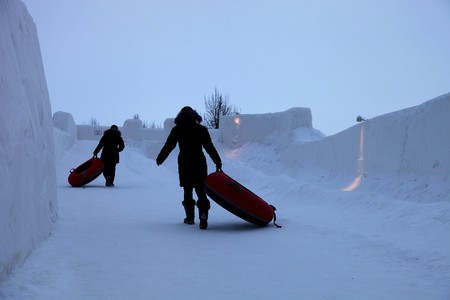