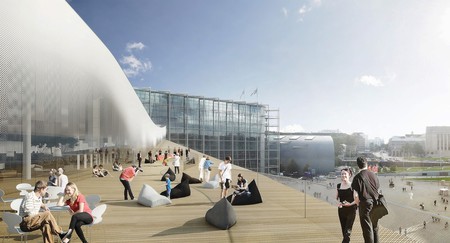 In December 2018 the city of Helsinki will inaugurate Oodi, its new central library. A project in the works since 2010, the innovative space, whose name translates as ‘ode’, will set a new standard for future libraries around the world as well as further enforce Finland’s global status as an oasis for book lovers.

The €98m (£85m), publicly funded athenaeum will not solely provide a place to bury one’s head in a volume, nor will it be the stereotypical written-word repository where the sounds of too much fun see its visitors chided by a grumpy librarian. Instead, the ‘library of the future’ will be an intentional fusion of the bookshelf with the internet. The library will ‘seamlessly integrate’ cyberspace with the stacks, allowing the digital world to reveal ‘new and engaging ways to enjoy literary culture’. This juxtaposition reflects the overarching goal of the library itself: to build a literary bridge between the past and the future. 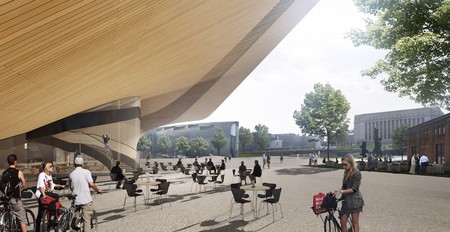 The site, located in the Töölönlahti neighbourhood, is intended to be a city-wide hangout. After encouraging the general public to share insights on what they envision for the facility, the final plans include a café, restaurant, balcony, cinema, recording studio and 3D printing room. At one point, even a sauna was considered for inclusion but in the end didn’t make the cut.

While this may seem too good to be true, the Finnish Ministry of Education explains that libraries are seen by the nation as places to ‘spend time, meet people and act together’, with their premises often being used for recreational activities as much as work and study. 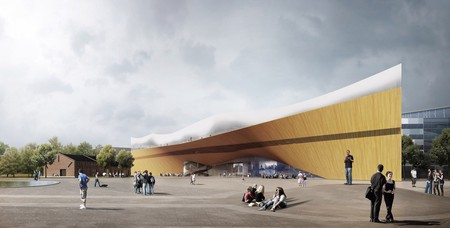 Libraries pulse like a vital sign in Finnish culture; a 2016 study entitled the ‘World’s Most Literate Nations (WMLN)’ saw the Nordic country ranked as the most literate in the world based on various ‘literate behaviours’, including number of libraries and newspapers nationally, number of books in said libraries, years of schooling and ready access to computers.

The republic even boasts a Library Act, which seeks to ‘strengthen the operational preconditions of public libraries and to promote active citizenship, democracy and lifelong learning’. It is therefore not surprising that this is the nation seeking to ensure the traditional library’s place in today’s internet-obsessed culture. While the UK spent an average of £14.40 per resident on libraries in 2016–17, Finland spent £50.50.

The Oodi building has been designed by Helsinki-based firm ALA Architects, who were chosen for the project in a competition conducted by the mayor’s office. ALA states that their creative direction for the structure ‘grows from the dynamic between the site [itself] and the goals of the library programme’. 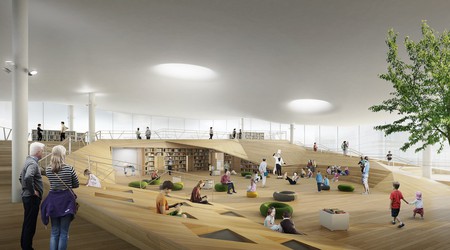 As with the decision of what would live within it, ideas for the appearance of the building were publicised on a blog by the City of Helsinki, asking the public for input and opinions throughout the process.

The library will be three floors with a public plaza at its facade merging the indoor and outdoor spaces. Of these three levels, only the top will be reminiscent of ‘the traditional, serene library atmosphere’, according to ALA. ‘It will offer unobstructed, majestic views to the surrounding park and cityscape.’ 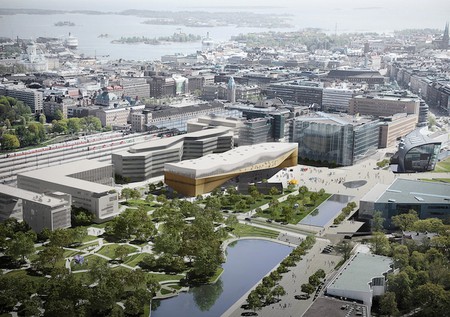 WMLN describes the ‘literate behaviours’ analysed in their research on literacy as ‘critical to the success of individuals and nations in the knowledge-based economies that define our global future’. And so perhaps the role of a library in contemporary society is as important as Finnish culture would lead us to believe. More than just a graveyard for books made of paper, they may well be of crucial importance to a vibrant global future, but to get there, they need to continue evolving.

Nasima Razmyar, deputy mayor of Helsinki, says: ‘The world is changing and libraries have to change [with it].’ Razmyar and her family fled Afghanistan to Finland in 1992 as refugees. Free access to libraries and their books helped her adjust to her new home and thus occupy a special place in her heart.

She and her mayoral colleagues believe that the Finnish Library Service needs a flagship ‘new-era library’ to usher in a new age. Oodi’s facilities are designed to be flexible, so that it can continue to grow and change over time.

With Oodi, Finland is creating a literary and technologically savvy haven for its book-loving population – 5.5 million people who borrow almost 68 million books per year – and in doing so is breaking new ground when it comes to the definition of a library.