This Giant Art Bunker Is Another Reason to Visit Helsinki 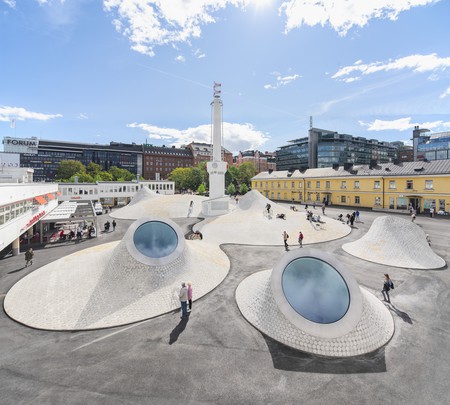 With new underground art museum Amos Rex, Helsinki is on pace to become Europe’s next hotspot for artsy travelers. After five years of construction, the Amos Rex’s 2,200-square-meter underground museum now attracts queues on a regular basis. Here is what you need to know about Helsinki’s latest tourist attraction. 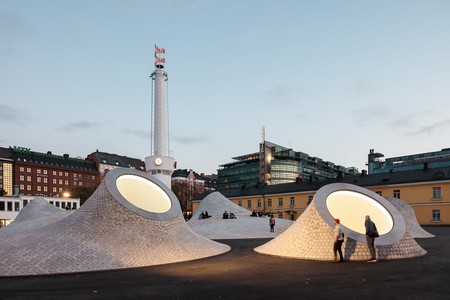 What used to be an empty space near Helsinki’s glittering shopping center Kamppi is now filled with seemingly free-flowing, bulbous forms arising from the earth. Passers-by stop in wonder, children play on the curving sides of the looking holes and people with cameras go photo crazy. This odd-looking art installation has truly become one of Helsinki’s top attractions.

Amos Rex is a 10-minute walk from Helsinki’s Central Railway Station. Nearby, you will find museums from modern art to Finnish and foreign classics, as well as Finland’s foremost architect Alvar Aalto’s buildings. The new Library building Oodi is to be opened soon as well, strengthening this capital city’s attractiveness on the world’s design map. 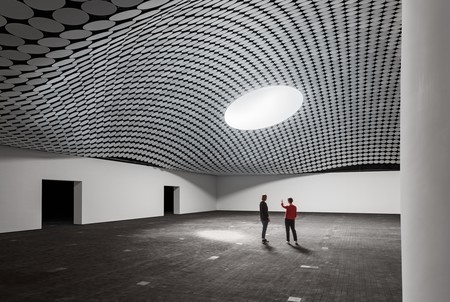 Toshiyuki Inoko, the founder of teamLab, said: “We are very excited to have the opportunity to participate in the inaugural exhibition at Amos Rex. Digital technology has allowed art to liberate itself from the physical and transcend boundaries, and we believe digital art can turn the relationship between people in the same space into a positive experience. We will create a digital simulation of water pouring upward in reversed gravity towards the uniquely and beautifully domed ceiling, flowing from this underground space to the skylight above.” 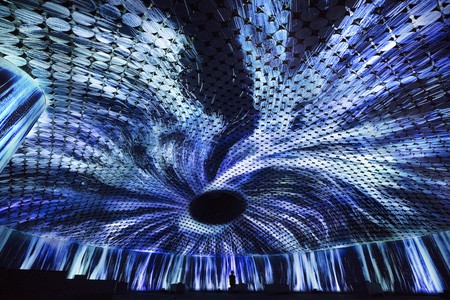 teamLab’s exhibition will run until the 6th of January and will be replaced by the Dutch art collective Studio Drift and the 20th-century surrealist René Magritte.

After opening in August, Amos Rex has attracted up to 3,000 visitors per day and has spurred long queues in this Helsinki city center neighborhood – a phenomenon rarely witnessed in front of Finnish museums.

“Naturally, we were hoping that this would be a success, but we wouldn’t have dared to expect anything so wild,” Kai Kartio, Amos Rex museum director, recently told Yle. 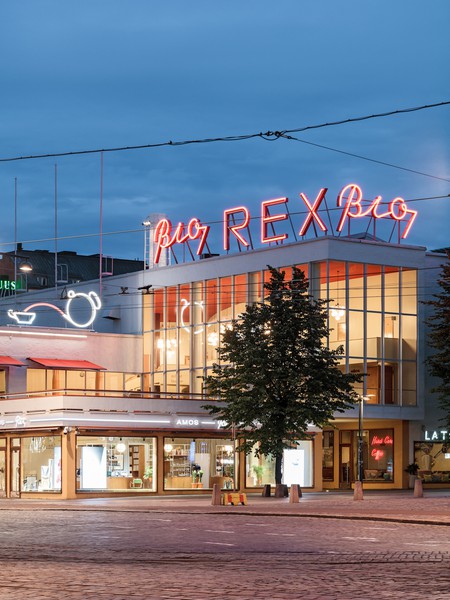 The Amos Rex complex is connected to the 1930s Lasipalatsi, “Glass Palace”, one of the functionalist jewels among Helsinki’s treasure trunk of architectural delights. Lasipalatsi’s restoration was a part of the “project Amos Rex” and the interior has been immaculately renovated. Apart from the newly opened art experience in Amos Rex, the building includes half a dozen cafés and restaurants and a stylish 1930s cinema, Bio Rex, with 500 red upholstered seats.

The main entrance to Lasipalatsi and Amos Rex is located off the Helsinki city center’s main avenue, Mannerheimintie, and the admission fee is €18 ($20) for adults and €5 ($6) for students under 30 years old. The museum is closed on Tuesdays but if this happens to be your day of the visit, the Lasipalatsi building itself is worth seeing and you can always admire the bulbous forms creating the ceiling for Helsinki’s giant art bunker – and snap a photo or two.