The Top 10 Restaurants in Helsinki, Finland

Olo | ©Edsel Little/Flickr
Helsinki’s restaurant scene is under-appreciated by outsiders. However, Finland’s growing foodie scene may change this. The capital’s cafes, independent restaurants and fine-dining establishments are full of new Nordic food with a Finnish slant. Here are our top 10 places to stop by for a great meal.
Courtesy Chef and Sommelier

Regularly recommended by critics and customers alike as one of the best restaurants in Helsinki, Chef & Sommelier reaches amazing peaks of creativity and taste. One wouldn’t guess it from the menu, which lists names as simple as ‘pike-perch and herbs’, ‘potato and sunflower’ or ‘fennel and yard apples’. When the dish comes to the table looking like a stunning work of food-art, however, first-time guests are left astonished. The superb flavors that burst in their mouths moments later are the second clue. Devoted to organic, seasonal and fresh produce, Chef & Sommelier offers five fixed menus of three, four, five, seven or nine courses. 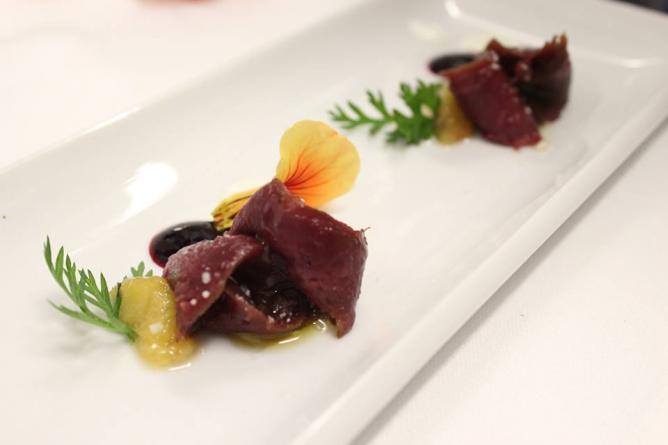 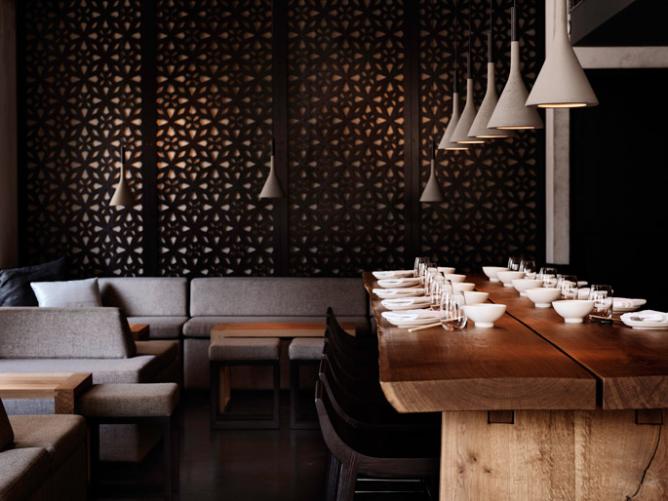 Restaurant, Finnish, Japanese, Fusion, Chilean, $$$
Hoku, Urho Kekkosen katu | Courtesy Hoku
What does a fusion of Japanese and Hawaiian cuisines taste like? Find out at Helsinki’s restaurant Hoku. Born and raised in Hawaii, owner Ryan Shibuya was inspired by his own background to give Japan’s world-famous cooking a Hawaiian spin. The result is a peculiar menu that distinguishes Hoku from the city’s fellow Japanese restaurants. Here are some of the mains you can expect: kuha fish stuffed with snow crab, prawn and lup cheong(a sweet Chinese sausage), crispy chicken breast deep fried and served with rice, pickles and katsu sauce, or a more classic pan-seared salmon served with teriyaki sauce.
More Info
Open In Google Maps
1 Urho Kekkosen katu, Helsinki, 100, Finland
+358401646160
Visit website

As it turns out, Finland has its own special and tasty version of the better-known tapas; the sapas. Like their Spanish counterparts, sapas are small, delicious portions of finger food, but prepared with the typical ingredients of the Scandinavian country. Restaurant Juuri has been an early promoter of these delicious and fun bites, so much so that their rich menu of sapas has become the restaurant’s highlight and main draw. Choose between the trout sausage with roe and horseradish, the skewered cattle beef or the tasty bits of spring chicken with celery. Mix, match and share with your companions for an unusual and fun dining experience. 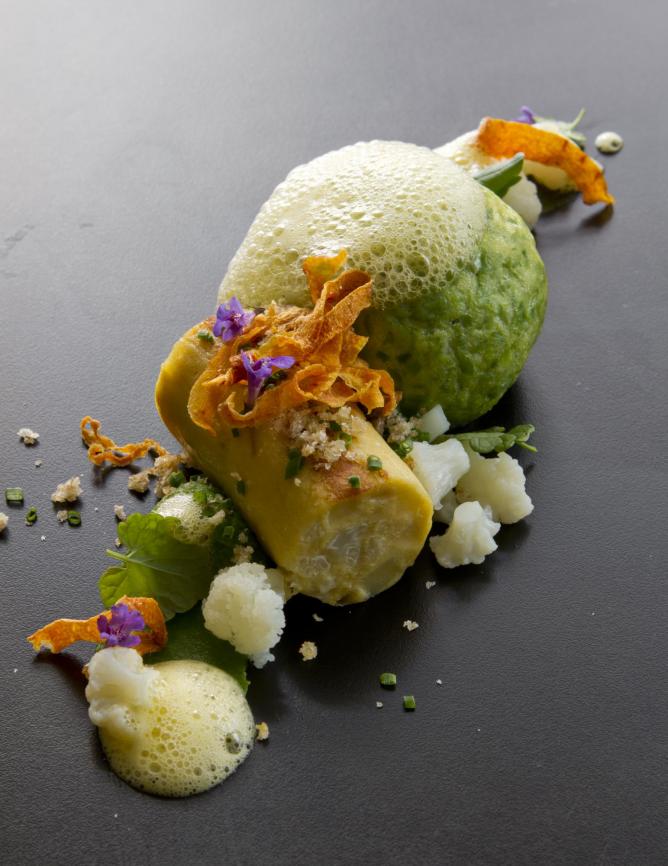 Bistro, Restaurant, Finnish, Northern European, $$$
Ravintola Kuu food and courtyard | © Ravintola Kuu
Ravintola Kuu (‘Moon’, in English) is one of those restaurants where simplicity becomes refinement. The charming locale is clearly inspired by the best of bistro tradition. Fine floral wallpaper covers the walls beyond the wood panelling and a large mirror in a black frame helps to extend the smallish space of the restaurant. A tented patio located right behind the main room awaits customers in an equally lovely setting. The kitchen prepares exquisite specialties of Finnish and Scandinavian cuisine with a modern but unobtrusive touch. Choose à la carte or go for one of the house’s three fixed menus.
More Info
Open In Google Maps
27 Tölögatan, Töölö, Helsinki, 260, Finland
+358927090973
Visit website

Restaurant, Finnish, Fusion, $$$
Olo, Helsingfors | Courtesy of Olo
Ravintola Olo was one of the first to pioneer the fusion of Nordic cooking and molecular gastronomy in Helsinki. The restaurant has been receiving widespread acclaim for a number of years now. Holding a Michelin star, Olo’s chefs brilliantly update the basics of Finnish cuisine by employing both traditional and modern cooking techniques. Olo’s selection of wines is also worthy of note; its cellars hold a range of fine, locally crafted wines, including a few exclusively available in the restaurant. Join Olo to taste the best that contemporary cooking has to offer, and while you’re at it, aim for a table in the restaurant’s remarkable courtyard.
More Info
Open In Google Maps
5 Pohjoisesplanadi, Helsinki, 170, Finland
+358103206250
Visit website

Bar, Restaurant, Finnish, $$$
Passio‘s chefs deftly craft surprising recipes with the traditional ingredients from Finnish gastronomy, using them with innovative and eclectic results. Their passion for and deep knowledge of cooking shines in the incredible combinations of textures and flavors they create. Presentation doesn’t go unattended to, either. Every dish comes to the table beautifully constructed.
More Info
Open In Google Maps
13 Kalevankatu, Helsinki, 100, Finland
+358207352040
Visit website

Cafe, Finnish, $$$
The converted fishing hut building of Cafe Regatta, Helsinki | © suomisyojajuo / Flickr
Cafe Regatta is housed in a small wooden cabin with a sloping roof and lovely finishings and located right on the Baltic Sea. Inside, it is full with a cornucopia of statuettes, memorabilia, photographs, oars and other curiosities. After ordering a tasty sandwich, a delicious cinnamon bun or perhaps just a cup of tea, sit outside at one of the small green tables and enjoy the view.
More Info
Open In Google Maps
8 Merikannontie, Töölö, Helsinki, 260, Finland
+358400760049
Visit website

Restaurant, Middle Eastern, African, $$$
Sandro celebrates the rich flavours of North African and Middle Eastern countries and early reservations here are strongly advised as the restaurant has quickly become a firm favorite among locals. The reason for Sandro’s phenomenal success is due to its upbeat, convivial atmosphere, a neighborhood vibe and tantalizing, delicious food. From Lebanese street food to Moroccan delicacies, Sandro brings to Helsinki a range of tastes unusual to Finnish palates, and receives much love in return.
Looks like it's closed Hours or services may be impacted due to Covid-19
More Info
Open In Google Maps
17 Kolmas linja, Helsinki, 530, Finland
+358961285151