Getting Up Close and Personal with Bears in Finland 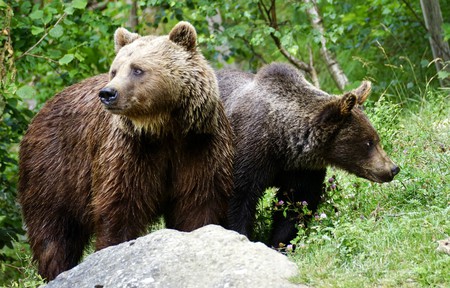 Society has a long fascination with bears, simultaneously viewing them as vicious killing machines and cuddly, adorable creatures. This is especially prominent in Finland, which is home to around 1,500 Eurasian brown bears.

Bears are the national animal of Finland, appearing everywhere from beer cans to statues. Ancient Finns hunted bears for survival yet also worshipped them, believing they were related to the divine. They appear frequently in local folklore, such as the story of The Vain Bear, in which the bear receives its distinctive brown coat by being tricked by a fox to jump into a fire.

This immense popularity has led to many travel companies offering bear watching trips in remote parts of Finland. The tour operators leave out some food to attract bears close to a watch station, which is undetectable to the bears, but offers tourists incredible views. It may be easier to see bears in zoos, but nothing beats the sight of one in its natural habitat or capturing a unique photo. 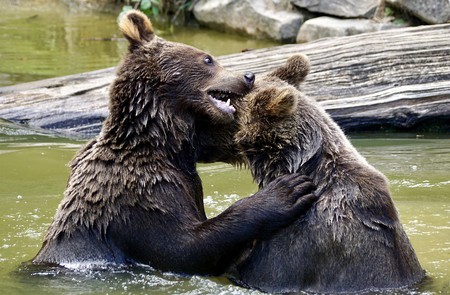 Bears can appear anywhere in Finland but are much more concentrated in the eastern part of the country, close to the Russian border. They can be seen between April and September. Night time is the best time to spot bears, even during the Midnight Sun, so be prepared to stay up late and sleep through the day.

By making a quick Google search, you will find a huge amount of companies selling bear watching trips. Some of the best are Explore, which also offers guided nature walks or canoeing; Wild Taiga, which provides multiple animal watching packages; the Wild Brown Bear photography tour; or Finnature, which has tours for both bear or bird watching. 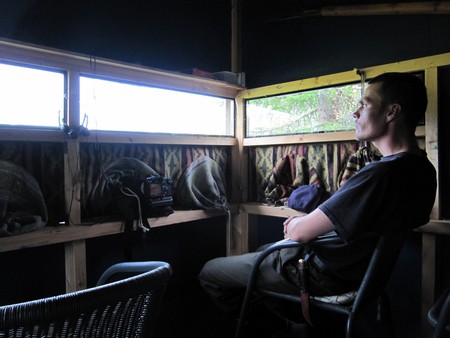 Inside a bear watching hut

Tour operators will provide most of what you need, but you will need to take the following for your bear watching trip: 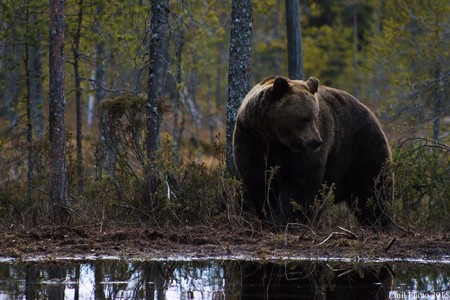 The thrill of bear watching is being so close to the wild animals while remaining safe. Bear attacks in Finland are incredibly rare. Before the last recorded fatality in 1998, there hadn’t been any reports of bear attacks for more than 100 years. Despite their 1.5-inch-long canines, claws the length of human fingers, and speeds of up to 40 mph, bears are incredibly afraid of humans and will run from them at the slightest noise.

Still, it is important to remember that bears are still wild animals with the potential to severely injure or kill. Rare instances of bear attacks are usually the result of people getting too close or surprising them accidentally. Staff at bear watching sites are trained in keeping visitors safe, but using common sense helps too. Keep in mind these safety tips: