Experience Finland Through 10 of the Kaurismäki Brothers' Films 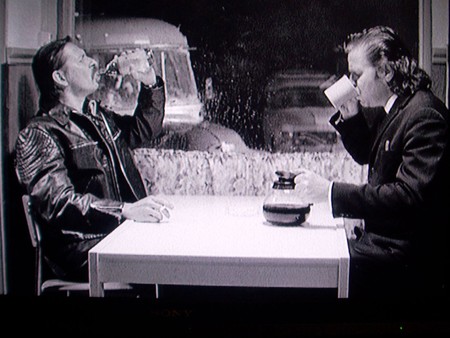 The Kaurismäki brothers—Aki and Mika—are two of Finland’s most prolific and influential filmmakers; between them, they have produced, written, and directed a fifth of all Finnish films released since the 1980’s. Here is information about ten of their best films shows and how they have depicted their home country and its people on screen. 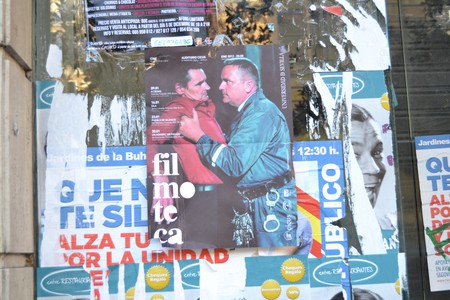 Poster for a Kaurismäki film in Seville/ Hannu Makarainen/ Flickr

One of the brother’s earliest collaborations and still one of the most popular documentaries in Finland, The Saimaa Gesture documents three Finnish bands as they tour around Lake Saimaa in a steam boat. Seeing the musicians goofing around, drinking, using the sauna, and having fun as Finns do during the summer makes for an intimate window into Finnish life and a behind-the-scenes look at the music world.

A Finnish-Italian take on the action genre, Rosso features a Sicilian hitman travelling to Finland to hunt down his target, who turns out to be his ex-lover. While this sounds like a standard action-movie plot, this movie actually showcases some of Finland’s natural beauty, carries some dark comedy, and displays aspects of everyday-Finnish life. For instance, the hit man and the Finnish brother of his victim bond—as many Finns do—over a bottle of vodka.

This movie opens with a coal miner losing his job when the mine shuts down (an obvious social commentary on the UK miner’s strike and similar incidents throughout Europe). After losing his father to suicide, the miner heads to Helsinki to start a new life and has various misadventures along the way. Ariel reflects Finland’s traditional past and labour market being left behind for modernisation and city life. It is a sadly-touching tale and a time capsule of Finnish social issues in the 1980’s.

Continuing along with some of the themes from Ariel, The Match Factory Girl instead gives the female perspective of a girl becoming dissatisfied with her menial factory job, restrictive parents, and disastrous social life. She longs for something better, but her life takes a much darker turn instead. It is another sad tale depicting Finland’s gritty underbelly.

Zombie and the Ghost Train could be described as another ‘from bad to worse’ tale of a person’s life falling apart around him. The main character is referred to as ‘zombie’ as all he can do is play guitar and drink. After being discharged from army service for adding turpentine to the officer’s soup, he returns to live with his parents. A job as a roadie for one of his friend’s bands gives him a second chance to improve his life. Loosely based on a true story, this makes the film all the more realistic but still with plenty of comedy. Mika Kaurismäki regards it as one of his favourite movies of his career. 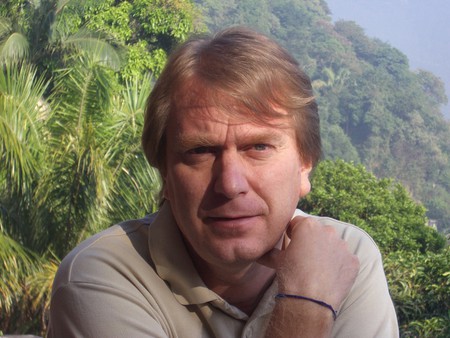 The main characters of this film hold true to Finns’ love of coffee and vodka (the film’s actors supposedly drank real vodka while shooting), but not in a positive way. Instead, the substances are all that keep them emotionally afloat. They meet some Russian girls who are interested in them, but the language barrier and disinterest in the world prevents them from communicating. It is a perfect depiction of the outsiders of Finnish society as well as their isolation, particularly interesting to watch from the foreign perspective.

Yet another dark-side-of-Helsinki film, this time focused on the 1990s’ recession. A Helsinki couple both lose their jobs and are too proud to rely upon the welfare system, an archetypical Finnish attitude. They try to survive on their own and once again, things don’t turn out as planned. The themes and context of this movie make it both a snapshot of the time period and a timeless classic that viewers can still relate to today.

Adapted from a 1911 novel and 1937 film, Juha tells the story of a love triangle involving a peasant farmer who leaves her husband for a city slicker. Set in the 1970s, it is perhaps a commentary on the conflict between old and new or country verses city living. Other noticeable features include it being in black and white and a silent film; yet it was by complete coincidence that the lead actor cast in the film, French actor André Wilms, didn’t speak any Finnish.

One of Aki Kaurismäki’s most-famous films, honors include an Academy Award nomination for Best Foreign Language Film and four awards at the Cannes Film Festival. It shows Helsinki through the eyes of a homeless man, much as Satashi Kon’s Tokyo Godfathers did in Tokyo the following year. Once again, it follows a forgotten member of society who literally has no identity and depicts his struggles with a sense of hope for the future. 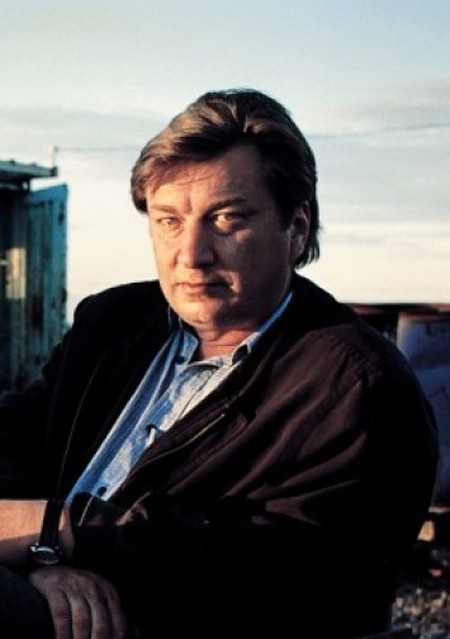 Finland has one of the highest divorce rates in Europe, but Mika Kaurismäki’s most-popular and commercially-successful film takes a comedic approach to the subject. It tells the simple story of a couple going through a divorce with some of the dark humour that Finnish audiences enjoy.

Whether it is through drama or comedy, the Kaurismäkis use their films to showcase everyday-Finnish life, societal attitudes, forgotten issues, and marginalized members of society. Every one of their films is an enjoyable and often-humorous look into life in Finland.