Does Finland Exist? Many Don't Think So 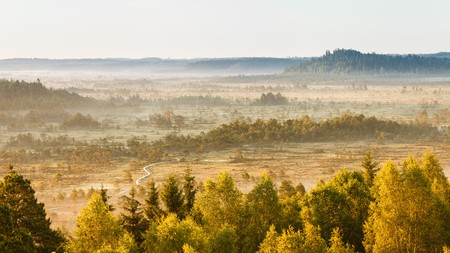 We've all looked a photographs of Finland – but have you actually visited? | © Teemu Tretjakov / Alamy Stock Photo

Is Finland real? Most people wouldn’t give this question a second thought, but there are a number of conspiracy theorists who believe Finland does not exist. How can it be that so many think an entire country is an elaborate hoax?

Since the dawn of the internet, conspiracy theories have circulated around the globe – whether it’s people debating whether the earth is flat, or Neil Armstrong’s moon landing was faked. One particularly strange theory is that the country of Finland doesn’t really exist, that it has been invented by Japan and the former Soviet Union. Eye rolls all round, right? But what is the reasoning behind this bizarre theory? 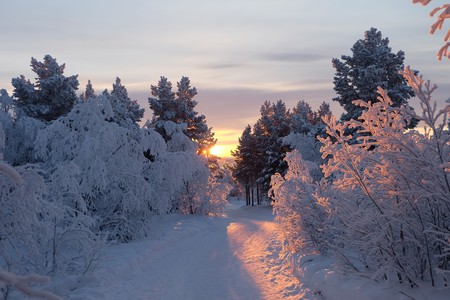 In the Cold War era, around the mid-20th century, Japan and the Soviet Union supposedly shared a secret about a stretch of the Baltic Sea between the Soviet Union and Sweden; the two nations collectively spread the idea that there was a landmass known as Finland on this stretch of ocean, to keep the good fishing spots to themselves. The Japanese were free to fish as much as they liked here without worrying about international laws, as long as they gave their fair share to Russia.

As insane as it sounds, conspiracy theorists have come up with a significant amount of evidence to back up the idea that Finland does not exist. Historically, Finland hasn’t been the most visited country on the planet, so few can say that they have seen it for themselves.

The theorists go on to claim that the Trans-Siberian Railway was built to transport the catch from the Baltic Sea to Japan under the guise of Nokia hardware, which explains why Japan is the biggest importer of Nokia products despite the fact that very few Japanese people use them. Even the name Finland proves the theory, they say, as it comes from “the fin of a fish” – ignoring the fact that in Finnish, the country is called Suomi. Another claim is that social democrats are using Finland as an idealised model for how a liberal social democracy should be.

But what about the 5.5m people of Finland who live here, and the thousands who emigrate to or visit? The conspirators have an answer for that, too. They say the Finnish people, while believing that they live in Finland, are actually residing in small towns throughout Sweden, Estonia and Russia, in remote forested areas. This is where people travelling to Finland are actually flown to.

However, as with any conspiracy theory, there is strong evidence against it. For one thing, it is easy to see Finland from an airplane, spacecraft or satellite image. Theorists claim that the images are altered, but it would take a lot of time and resources to change every single one. Every airline pilot who flies to Finland would also need to be bribed to keep the secret.

Finland being invented during the 20th century doesn’t account for the centuries of Finnish history, language, culture and arts – not to mention the Finnish people still alive today who were born before the supposedly fake Finland was invented. It would be impossible to trick an entire nation of people into believing that they are from a fake country.

Where does the theory come from? 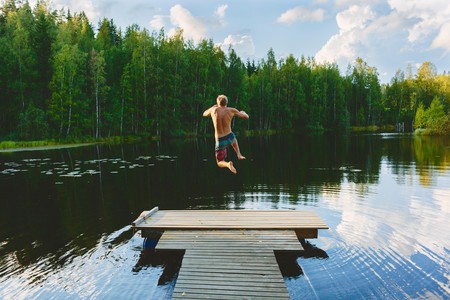 Most sources say the first appearance of the conspiracy was in a Reddit post in 2015 by an anonymous user going under the username Raregans. In a thread discussing weird things taught by parents, he posted an elaborate story about how his parents told him the theory in all seriousness. The post went viral and spread around other social media sites such as Tumblr and 4chan.

Despite its meme status, the Finland theory is still mostly played only for satirical purposes, and has even brought more attention to an often overlooked nation. The Finland conspiracy subreddit is filled with posts praising Finland and its accomplishments.

Yet there remains a small group of people who buy into the theory. It can be difficult to tell the difference between people online being sarcastic and those who are being serious. The user who posted the original theory says he doesn’t believe it himself, and that his parents burst out laughing when he brought it up again.

He has reportedly received many angry messages from Finns, one even offering to fly him out to Finland to prove the country exists. Yet he also claims to be proud of creating the viral sensation, as it has taught him a lot about Finnish people and their culture, and given him a new-found respect for the country.