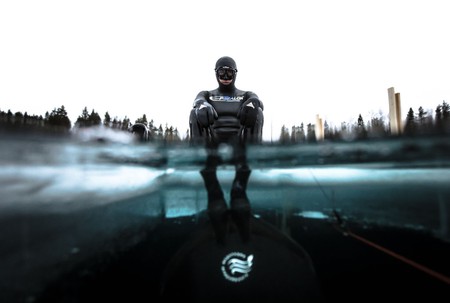 How long can you hold your breath? Probably not that long. Now try imagine doing that while swimming underwater. Pretty tough, right? Finally, imagine holding your breath and swimming 175 meters (574 feet) under a sheet of solid ice. Well, that’s what Arthur Guérin-Boëri did in Finland, setting a world record for the longest freedive under ice.

Freediving is a form of underwater diving that relies on the diver’s ability to hold his/her breath until resurfacing rather than use scuba equipment or any other breathing apparatus.

Guérin-Boëri, 32, is a master of apnea — the ability to temporary cease one’s breath. The Frenchman is the first person to freedive 300m (984 feet); the equivalent to six lengths of a 50m Olympic-sized swimming pool.

Following his freedive record at the 9th Apnea Indoor World Championship in June 2016, Guérin-Boëri set his sights on another breathtaking feat (literally). Surrounded by freedivers, scuba divers, medical personnel, and countless other supporters, Guérin-Boëri calmly went through a routine of yoga, stretching, and breathing exercises before plunging into the icy waters of a Finnish lake that were approximately 1° C. He swam below the ice, only surfacing at the finish line nearly 600 feet later. 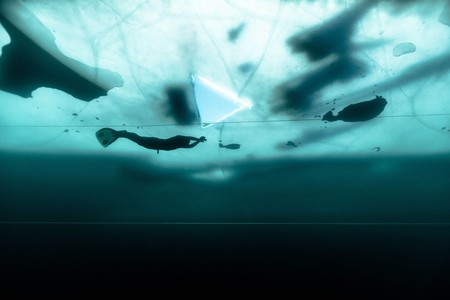 Alex Voyer, a photographer friend of Guérin-Boëri’s, catalogued the event.

“One hundred and seventy-five meters is a very huge distance that very few freedivers around the world can make — even in a swimming pool — and he did it under the ice,” Voyer said.