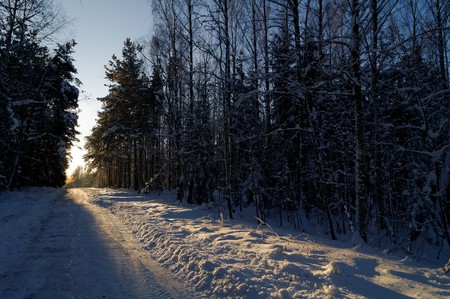 Police and residents in Helsinki have been baffled by a mysterious protestor vandalising a work of public art for no apparent reason after the 426 stairs leading up to Malminkartano Hill, the highest point in Helsinki constructed from a former landfill, were decorated in over 30 colours earlier in August as part of a community art project by artist Maj-Britt Huovila. After only a few days, the top half of the stairs was found to be defaced during the night and covered up with white paint.

The vandal left no evidence of their identity or motive. It may have been an elaborate prank or despite its positive reception, it could have been a resident who didn’t like the project. There were some initial complaints when the stairs were closed during painting, but the project was otherwise well received by the local community who uses the hill often for recreation and exercise. One possibility is that it was a homophobic protest against Finland’s recent legalisation of same-sex marriage, due to the rainbow’s association with the Gay Pride movement—even though the stairs’ colours didn’t have any Pride connections. Their actual intent was to represent human interaction and communication.

Public art and vandalism in Finland

While art vandalism is virtually unheard of in Finland, this isn’t the first instance that a public space has been impaired. Back in the 1960s, someone sprayed graffiti on the Temppeliaukion Church’s building site. The expensive construction of the church was controversial at the time and citizens felt that the money could be better spent aiding famine victims.

One of the most baffling aspects of the crime is that public art is common in Finland and usually highly valued. With the belief that they also improve the public’s well-being, it is common to see pieces of visual art throughout the country making outdoor spaces more attractive. 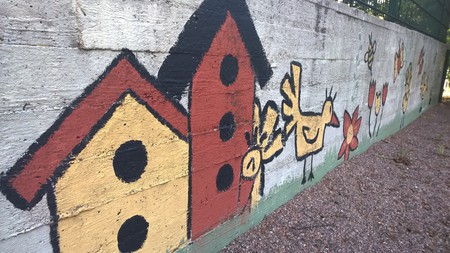 The rainbow stairs were part of a community project called Taidekehä by the Artist’s Society which seeks to introduce more visual art to outdoor spaces throughout Helsinki. These projects also aim to improve community relations by involving volunteers in the creation of the artwork. The rainbow stairs were initially painted by a team of volunteers. Huovila is a firm believer in using art to bring people together and runs art workshops for companies in addition to exhibiting her work. Her art frequently uses bold rainbow colours, much like those on the Malminkartano stairs. 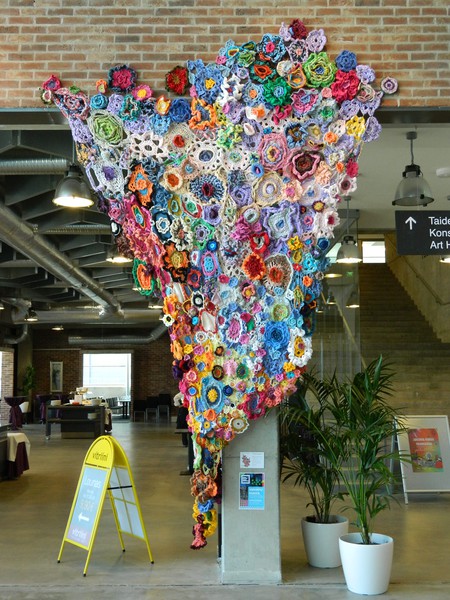 Despite the setback, it isn’t the end of the project. Even with the possibility of future vandalisation, the artist and locals plan to restore the stairs to their original colouring to retain their right to artistic expression.