An Introduction to Jean Sibelius In 8 Songs 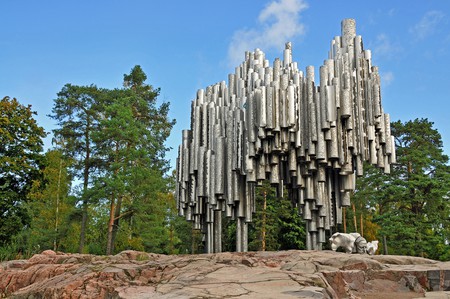 Since classical music has long been on the periphery of popular conscience, it has become far too easy to write off classical composition as all sounding the same, since most composers and their work all operate on impressively complex and dense musical levels. Which is why we’re here to say how completely untrue that is! This world of music covers an incredibly wide spectrum of styles, both technical and emotional. Composers have created ever-fulfilling bodies of work all in their own unique ways, and the compositions of the Finnish composer Jean Sibelius especially highlight that fact. A decidedly restrained and quieter composer, Sibelius’ work dove deep into the emotional spectrum in ways few other composers ever did or even could. His exploration of sound through such unmatched, tasteful poise continues to deliver even into the modern day, so here are eight pieces that encapsulate his masterful talents.

Opus 3 is a delightfully gripping exercise in understanding Sibelius’ unique way of symphonic composition. Hardly anything of a grandiose piece in volume, Sibelius’ stark string chamber and single opera vocal collectively pierce right to the core quite effortlessly and efficiently in its surprisingly brief three and a half minutes.

Four Humoresques for Violin and Orchestra, Op. 89 I. No. 1 in G-Major

Here, Sibelius boasts both his musical breadth and his fearlessness. The violin work, as well as the unmanageable key changes, all sound like they borrow heavily from European classical tradition (he was Finnish after all) and almost seems to hint at the kinds of sounds and melodic constructions genres like Klezmer would come to be informed by. For a melodic exercise in violin and other strings alone, this song certainly covers a whole lot of musical ground.

Many classical composers have had the reputation of writing movements that fall into complete blistering chaos, especially during the finale movements to symphonies. Which, of course, does make sense, but the finale to Sibelius’ second symphony highlights magnificently his unparalleled poise and restraint as a composer. The movement surely feels like the end cap to a long-winded body of work, yet the piece never goes bouncing off of the walls, so to speak, which is wondrously refreshing and impressive.

Ah, how mysterious it is, the way Sibelius’ melodic sensibilities are so well-blended and cohesive. It’s quite easy to imagine Opus 73 as being able to rest comfortably as the soundtrack to any classical cinema. Which, contrary to popular belief, does not at all make the music boring, but so well thought-out that it’s hard to imagine it any other way. Most composers couldn’t even dream of creating such naturally cohesive work the way Sibelius did.

Two Serenades for Violin and Orchestra, Op. 69 II. No. 2 in G-Major

Another orchestral violin exercise, this song falls much more in line with ‘traditional’ classical songwriting. All of the symphonic elements are present, with an open and stretching, almost chronological display of melodrama and saccharine beauty. Even still, this song could not represent Sibelius’ absolutely killer sense of harmony any better. Plus, just take a second and really listen to those violin solos. The dexterity needed for them is nothing short of masterful.

While the piece may sound like a waltz, do not be fooled. The constant, almost droning repetition of sixteenth notes humming along coldly in the background, will be sure to send chills down your spine long before the real intensity kicks in. And once it does, the song has the power to keep any listener pinned down and listening with the utmost intensity. Until, of course, the lighthearted string plucking and flute jaunts in merrily at the midpoint. Sibelius’ uncanny ability to create such gripping pieces without overloading the listener with otherworldly technicality and density never ceases to amaze.

Symphony No. 6 in D-Major, ‘Poco Vivace’

‘Poco Vivace’ is a great change of pace in the composer’s body of work. Its enormous dynamism and steady crescendo and decrescendo-ing (see: the explosive brass interjection at the very end) makes the short movement incredibly enthralling, all while being condensed into something of Sibelius’ own contorted, ridiculously melodic version of a march. Once again, it only makes the most sense once it’s heard.

As the name suggests, this piece is indeed a grand, musical romantic gesture. But, what sets it apart is its breadth of romantic sentiment throughout. Each section – even phrases at times – is warmly swooning but give the feeling that they can come crashing down into oblivion like nothing at all. This piece, unlike many aesthetically similar pieces of its time, captures the tenderness, vulnerability, yearning, and even deep pain and fear that romance can bring in a way that could never be conveyed with words alone. Talk about powerful songwriting.