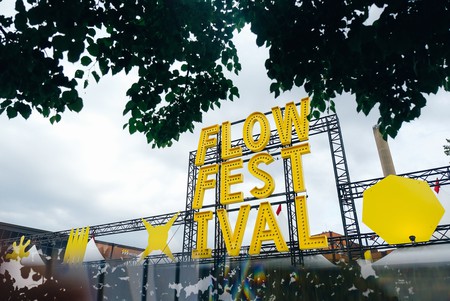 Helsinki was once known as the capital of heavy metal, but Flow Festival is changing that. Co-founders Suvi and Tuomas Kallio reveal the best places to go in the city if you’re a music lover.

Forget about Coachella and Primavera Sound – the coolest music festival in summer 2018 was Flow in Helsinki.

While other music festivals are routinely blasted for their male-dominated line-ups, Flow Festival had no such problem. The Finnish festival, which is held at a disused power plant, regularly boasts an inclusive bill with plenty of female, diverse and LGBTQ+ acts. 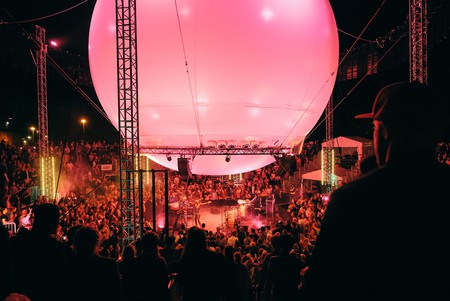 Suvi Kallio, Flow’s managing director, said: “We’ve always had as many female artists at the festival as male. It has been very important for us since the beginning. The variety of our programming is as wide as possible.”

Culture Trip visited the festival to speak to Suvi and her husband Tuomas – Flow’s artistic director, with whom she founded the festival – to find out what makes the Finnish capital the hottest destination in Europe for music. 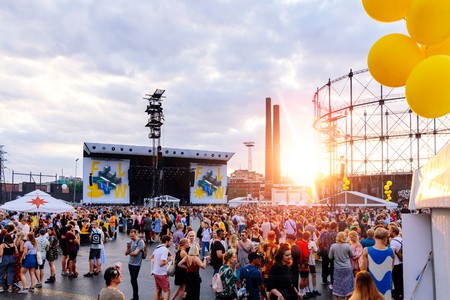 Culture Trip: What makes Helsinki the best city for music?
Tuomas Kallio: It is small in size but enthusiastic by nature.

CT: Finland is known for its love of heavy metal – is the music scene changing?
TK: Metal used to be very big in Finland but most of the scene and bands are not necessarily based in Helsinki but spread around the smaller towns and rural areas of the country. Now I’d say metal is back to being underground and the kids of today are all about pop and urban music.

Flow Festival is not particularly Finnish in terms of its music offering. The idea is that Flow can be presented anywhere in the world and would still make sense.

CT: Why did you set up Flow?
Suvi Kallio: The idea was to organise an event that we didn’t have yet in Helsinki. We wanted to organise a festival that we’d like to attend ourselves so it was quite a personal starting point, and still is. We still want to make the festival our dream festival.

CT: Where can you watch free gigs in the city?
TK: The best are in Kaivopuisto. Alppipuisto Park has weekly events in the summer.

CT: Where’s the best place in Helsinki to go for a drink before a gig?
TK: Siltanen is a great place to go with lots of bars and clubs, many of which are in the same building. It’s part of this Kallio district, which is where a lot of young people go. Unofficially it’s called Complex. That is a good place to start if you want more of a party vibe.

Another place nearby is the Helsinki Distillery in Teurastamo, the meatpacking district. If you want to go downtown for a classier affair, the lobby bar at new hotel St George is really beautiful.

CT: Which area do all the creative types in Helsinki head to?
SK: It must be Kallio, the neighbourhood we’re in now. Helsinki’s changing and growing so much. The roughness of the old industrial area with all these new places is interesting.

CT: What’s the best gig venue in Helsinki?
TK: There’s a place called Circus. There’s one really traditional place, Kulttuuritalo, The House of Culture, which is in a beautiful building.

SK: In Helsinki we have a very strong electronic and club scene so it’s probably Kaiku and Äaniwalli. We lack a good live music venue in Helsinki. We have a lot of old rock music clubs. I hope in the future we have better year-round venues.

CT: What up and coming Finnish artists should everyone be listening to right now?
TK: Go and check out Lxandra, Onni Boi, Vesta and View.

SK: Alexandra is fantastic and has a very strong voice. Then there’s Alma. The jazz scene is very strong in Finland. 3TM are really talented.