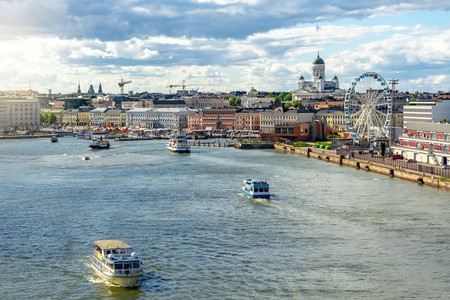 The most famous market in Finland, Helsinki’s Market Square is one of the city’s main tourist destinations, and has been a centre of trade for hundreds of years. Today it still hosts some of Finland’s most well-known events and is a major shopping location for both locals and visitors.

Shopping at the Market Square

The Market Square is located on the eastern side of central Helsinki, between the south harbour and Esplanade Park. Surrounding the square are the harbour itself, the Presidential Palace, the Uspenski Cathedral, the old market hall and ferry ports connecting the mainland to the Unesco World Heritage site Suomenlinna. 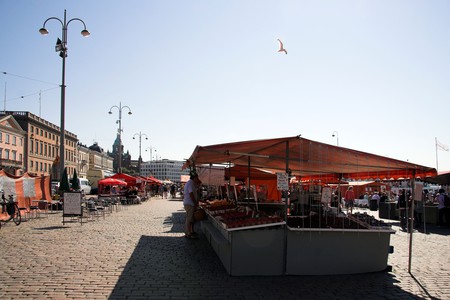 At the central square you’ll find charming market stands that sell a wide variety of items, including fish freshly caught from the harbour, fruits and vegetables, coffee, and local arts and crafts. Salmon soup with rye bread is a must-try when dropping by the market, and it’s a great place to buy Finnish souvenirs and support local merchants and artists. 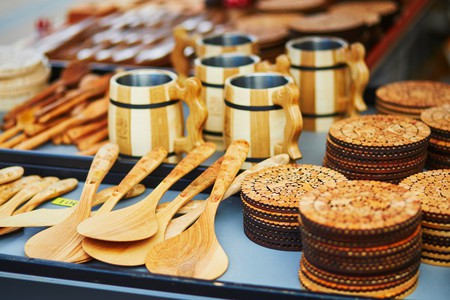 The square is home to a number of special events and themed markets, such as the famous Baltic Herring Market, which has been held since 1743 and is one of Finland’s oldest ongoing events. It’s held once a year in the autumn and marries archipelago traditions with modern food culture. If there aren’t any events on during your visit, you can shop at the nearby market hall, Kauppahalli, which is open year-round. The hall has been operating since 1889 and has a larger selection of merchants including bakers, delis, cafés, cheesemongers, butchers, chocolatiers and Finland’s smallest Alko liquor shop. 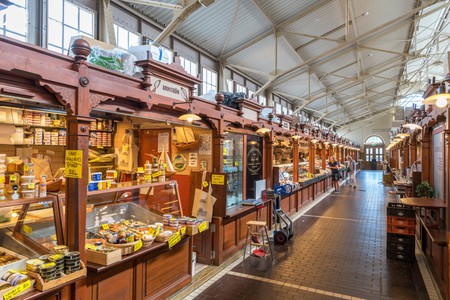 The history of the market hall mirrors that of Finland as a nation, from the enthusiastic construction of the hall in the 19th century when Helsinki emulated other large European cities, to the scarcity of produce during the wars and food rationing in the 1940s. When Finland joined the EU in 1995, many merchants began selling European products that they had previously not been allowed to import – such as unpasteurised cheeses – and trade blossomed. Today, it’s a modern market with something for everyone, but the exterior of the beautiful historic building remains unchanged.

The market’s location on the south harbour is only a ten minute walk from the central train station, meaning it’s easy to reach from anywhere in Helsinki. Trams regularly run past the square, with tram number three connecting the square to the train station. The old cobbled streets can be highly uneven, so be cautious when walking around there — especially during the winter, when they can also be slippery. 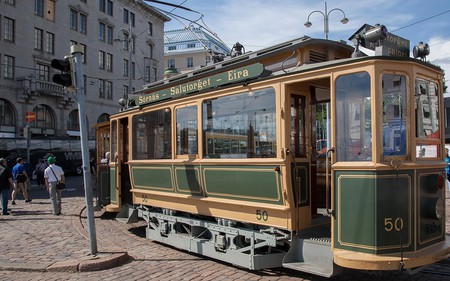 The market is busiest during the summer tourist season, when there are even more stalls selling food and souvenirs. It can be incredibly busy during the summer holidays – even on weekdays – so it’s best to visit first thing in the morning to beat the crowds and pick up the highest quality food. In the winter it is much quieter, and there are usually at least a few stalls open, many of them selling the hot coffee – which you’ll be glad of during the cold winter days in the Nordic countries. 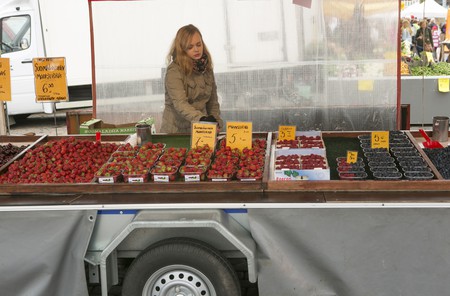 Pickpockets are known to operate in central Helsinki, so it is advisable to keep money and valuables stashed away safely. However, the most common threat is actually from the seagulls who hang around the harbour and are known to pillage food straight from people’s hands. Remember to keep an eye out for them while eating outdoors, to not feed them, and to properly throw away any rubbish.

Helsinki is a capital city and therefore expensive, so merchant prices at the Market Square vary greatly. Haggling for prices isn’t very common in southern Finland, but it is still worth asking the merchants (most of whom are bilingual) about any deals they may have, as this could lead to a discount in price – if you’re lucky.