An Art-Nouveau Architectural Tour Of Helsinki 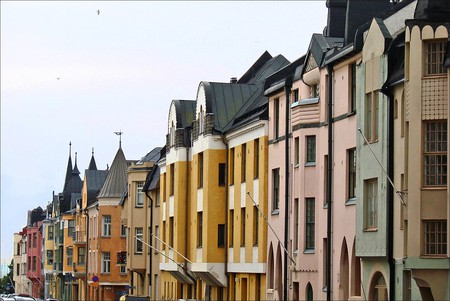 The Art-Nouveau movement at the turn of the 20th century coincided with a time when Helsinki was being built up and modernised. The style has become so ingrained in national consciousness that it has even influenced modern Scandinavian design. Here are some of the best examples of fin de siècle building design – most are in close proximity to each other or can be reached by tram.

Most likely the first sight you will see when arriving in Helsinki is the train station, completed in 1914 by architect Eliel Saarinen. Since it serves over 200,000 commuters every day, it has become the most recognisable building in all of Finland. It was even chosen as one of the world’s most beautiful railway stations by the BBC. Most notable of all are the two sets of male guardian figures holding circular beacons on the building’s exterior, who have been given the local nicknames of ‘the stone men’ or ‘the ball guys’. 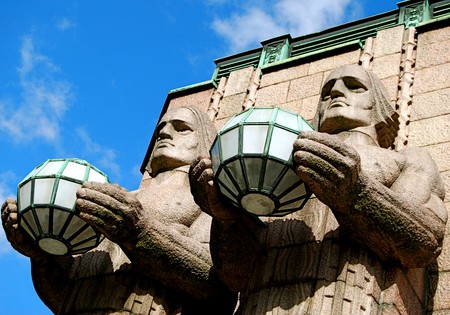 Part of the facade of Helsinki Central Station | © karendesuyo/Flickr

Next door to the train station and behind a statue of Finland’s most famous writer, Aleksis Kivi, is the Finnish National Theatre, a grey brick building with a striking red roof. Designed by Onni Tarjanne and completed in 1902, it is the oldest Finnish-language theatre in the country which is still in operation. 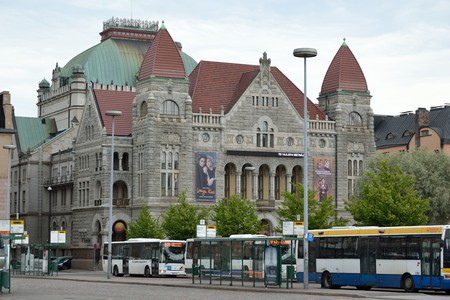 About ten minutes’ walk from the city centre is the National Museum, which boasts a strong Finnish influence, both inside and outside. The iron-topped tower, tinged green with age, is built in the style of medieval churches and castles, while the ceiling of the entrance hall displays paintings of scenes from the Kalevala, Finland’s national epic poem. 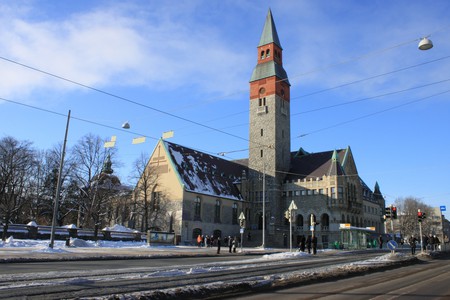 A good place to stop for lunch on an architectural tour is the Vltava Czech restaurant, which is also next to the train station. It is located in a jugend building, whose origin and year of opening are unknown, but it is protected by the Finnish National Board of Antiquities. Before the restaurant opened, it previously served as a Finnair terminal and a cargo building for the state railway service. 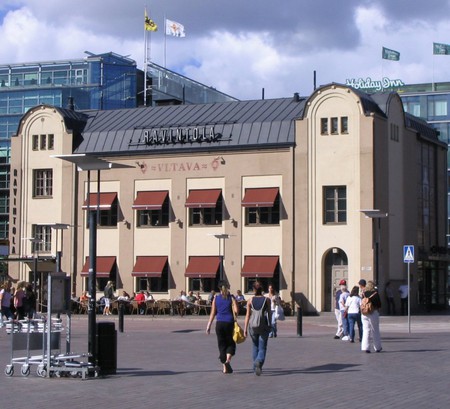 Opened as the House of the Nations in 1910, this building originally hosted some of the student nations of the University of Helsinki. Today, it holds the university’s student union. The other nearby student nation buildings, particularly the Nylands Nation building, are also worth seeing. 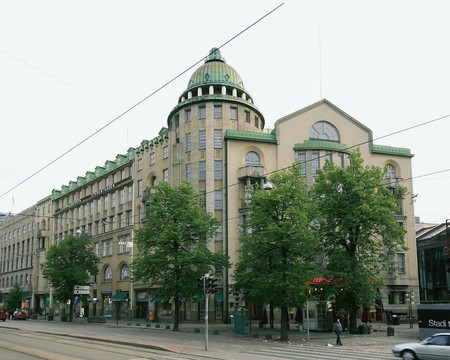 This building was designed by Karl Lindahl and opened up in 1908 as a conference centre and leisure facility for Helsinki’s working class population, although today it mostly serves as a hotel and event space. It is notable for its large grey granite stones, intended to appear castle-like, and its rounded corners. Art-Nouveau chandeliers dating from 1919 designed by Lindahl are still visible in the Congress Hall. The building even has deep historical significance as it served as the headquarters of the Reds during the Finnish Civil War of 1918. 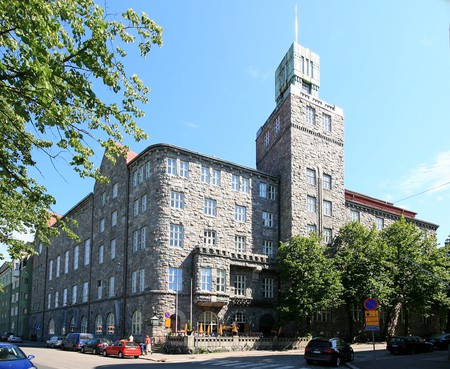 Kallio is today known mostly for its younger population and street art, yet it still hosts many gems of the Art-Nouveau period. Most notable of all is Kallio Church, which stands atop the hill in the notable Helsinki grey granite, with a tall tower, green roof, and rounded front entrance. Today it serves the district as a Lutheran church and concert venue. 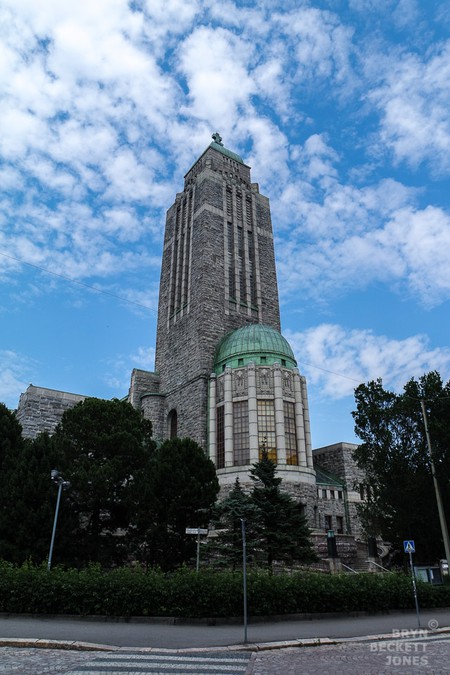 The spire of Kallio Church/ Bryn Jones/ Flickr
Give us feedback