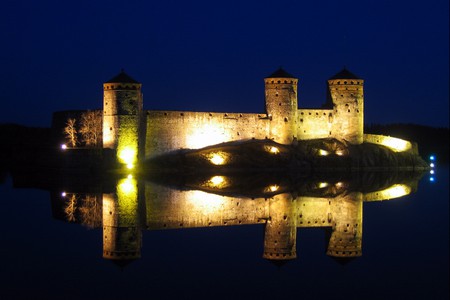 Of all Finland’s landmarks, by far the most magnificent, fascinating, and historically important is Olavinlinna, or St. Olaf’s Castle, in Savonlinna. This lakeside medieval fortress defended Finland from Russian attacks for hundreds of years and now has many spellbinding legends and ghost stories attached to it. These are some of the best of the castle’s stories, both fact and legend.

Olavinlinna was founded in 1475 by Danish knight Erik Axelsson Tot. The building site was at the time a sparsely populated area but was of key military importance due to its proximity to the Russian border. Finland was then a part of the Kingdom of Sweden and when Russia threatened to extend their borders, Olavinlinna was one of many structures built to strengthen and defend the Eastern part of the kingdom.

The castle’s location at a meeting point of two waterways made it easy to fortify but difficult to attack and its vantage point gave a wide view of the surrounding territory. It took a full ten years for the structure to be completed and in the meantime the area was defended by a wooden fortification. When it was finished, the castle had the most advanced military defence architecture of the time. 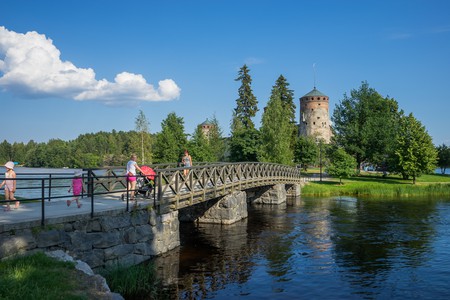 By far the most famous story of Olavinlinna is the tragic love story of the Finnish maiden. The daughter of the castle’s Lord was in love with a Russian soldier and one night she opened the castle gate to let him in. But she was betrayed by her lover when he brought more soldiers with him. The Russian forces were fought off and the traitorous lover was killed in the attack. The maiden was sentenced to death for treason and buried alive in the wall of the courtyard. Shortly afterwards a rowan tree grew on the burial spot and the white flowers which bloomed on the tree were said to be symbolic of the girl’s innocence.

The rowan tree no longer exists so it is debatable whether the story is actually true, but it has become a part of local folklore and is popular with modern visitors. 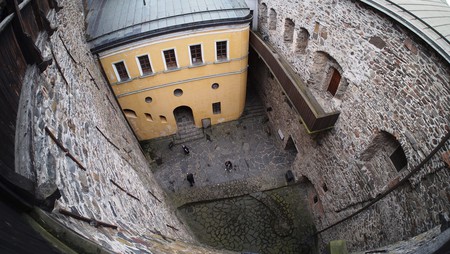 The courtyard where the maiden was supposedly buried / Jaakko Hakulinen / Flickr

Olavinlinna stood strong against Russian attacks during several wars. But in 1714, the castle was finally sieged and ownership given over to Russia. A peace treaty returned it to Sweden in 1724 but another switched it back to Russian command in 1743. The Russian takeover of Finland in 1809 finally settled the ownership dispute. 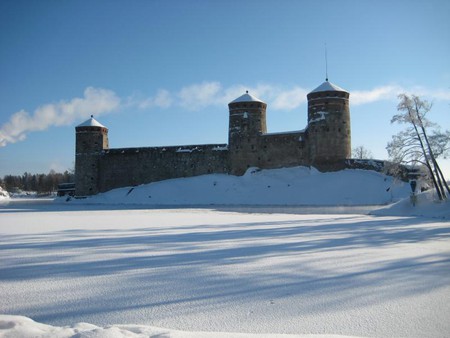 The abandoned and restored castle

While Olaninlinna was still garrisoned for a while after the Russian takeover, the lack of military action and its outdated defences after the rising use of firearms meant the castle fell out of use and was eventually abandoned. Growing Finnish nationalism in the early 20th century resulted in Olavinlinna being restored as a heritage site and tourist attraction. It was also found to have natural acoustics, so opera singer Aino Ackté organised the first opera festival at the castle in 1912, which is still held every summer. 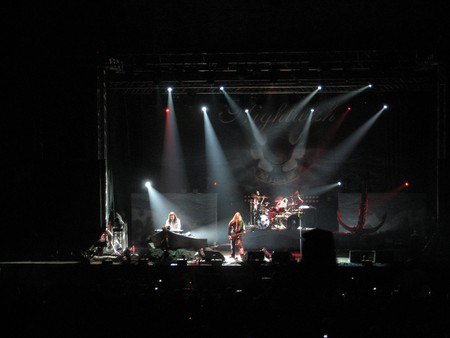 Olavinlinna has a number of creepy stories associated with black rams. One ram was due to be eaten at a St. Olaf’s day feast but never made it to the table. Instead it fell off the castle wall and drowned in the stream below.

A far more disturbing yet strangely heroic story says that a black ram climbed the castle wall during an attack and started beating its hooves and swinging its horns. The enemy thought that it was the devil and ran away in fear. 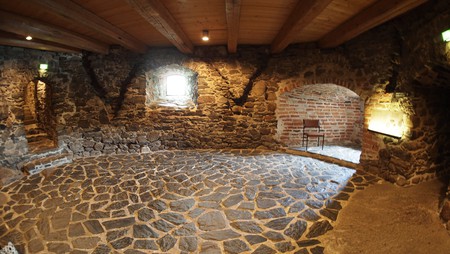