A Street Art Tour of Helsinki 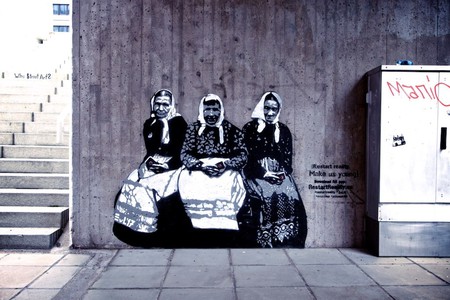 A walk anywhere through the city of Helsinki soon turns into a tour of stunning street art. There is a thriving graffiti scene in the city, as well as many art projects and volunteer organisations who seek to brighten up dull areas with colourful and meaningful artworks and murals. These are some of the best places to see street art in Helsinki and interact with the urban art scene.

Arabianranta is a former industrial district, named after the Arabia ceramics company that previously had a factory here. Today, it has become one of the main artistic districts of Helsinki, with many public murals and art gardens, as well as the Helsinki University of Art and Design. One of the largest and most striking murals in the area, located on the side of a building on Hämeentie, was created in 2015 by famous mural painter Jukka Hakanen, and portrays life in modern-day Helsinki and the development of the neighbourhood. 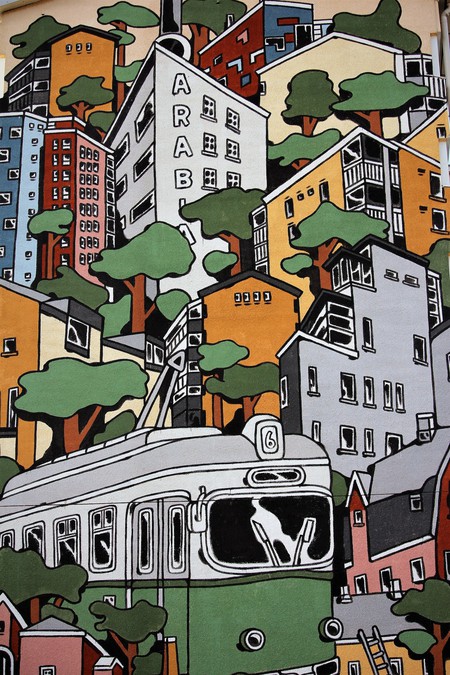 This six-storey mural was constructed on the side of a building in Kannelmäki as part of the More Art in Helsinki project. The colourful art is visible from a busy street, a traffic intersection and a railway line. The local community was greatly involved in the creation of the mural, which resembles nature and plays on the musical street names of the district. 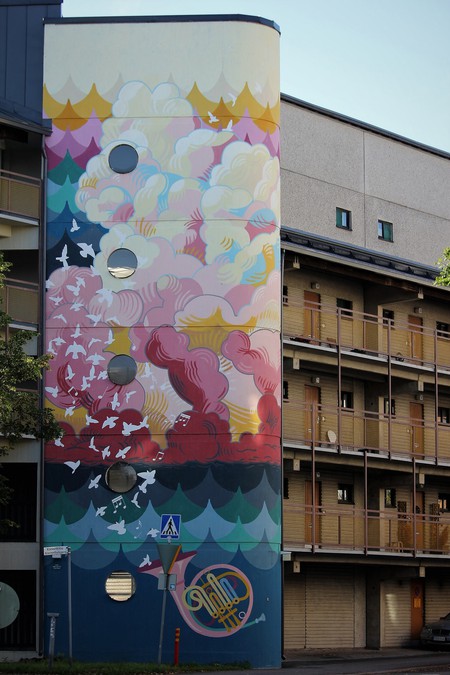 This traditionally dicey area of Eastern Helsinki is already full of street art, and has been enlivened even further with 12 new murals in one of its underpasses created by a group of artists. The murals depict princesses, animals and cartoonish artwork in bold colours. Several tall buildings in Kontula have also been decorated with murals as part of the 2017 Urban Art Festival, and are now some of the largest works of public art in the city. 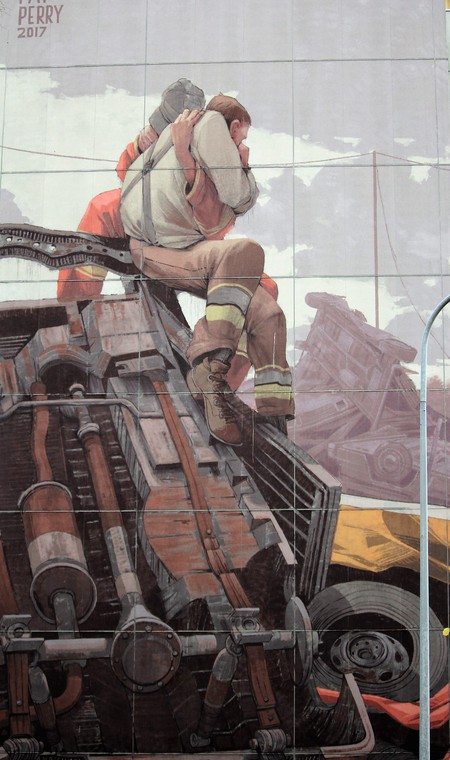 Kruunuvuori is a former summer resort for the upper classes that has now been abandoned and the villas left to rot. As the area is completely empty except for the occasional urban explorer, it has been taken over by street artists, who have left their mark on the decaying buildings. It is a fascinating spot to visit if you are interested in abandoned sites or want to see a different side of Helsinki. 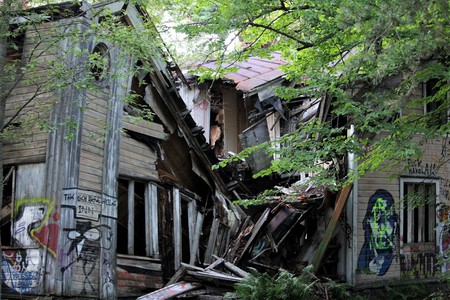 The Pasila district, aside from lending its name to a popular Finnish television show, was previously known for being incredibly dull and grey and completely unattractive to visitors. As some parts of the area are being refurbished, artists saw this as a golden opportunity to add some colour to the area and attract more tourists. There are now murals and artworks throughout the neighbourhood, even in hidden spots such as underneath bridges, giving it a vibrant new image. 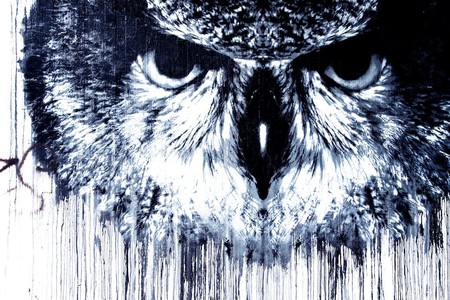 This island overlooking the industrial area and power plant of Helsinki is well known for its fringe communities and for the street art on the walls, streets and shipping containers. The area is now being largely refurbished, and many of the barriers of the construction sites are also being decorated with temporary artworks.

The Kallio district, filled with students and hipsters, is one of the main street-art hubs of Helsinki. The Suvilahti graffiti wall, located next to an industrial area, is the most prominent, as any artist is free to contribute to the wall. Taking a walk around Kallio and Suvilahti feels like visiting an outdoor art gallery, with murals on electric meter boxes, walls, skateboard parks, staircases, lamp posts and any other surface that can be decorated. 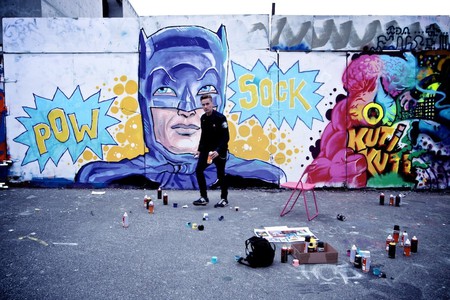