A Meat Lover's Guide to Finland 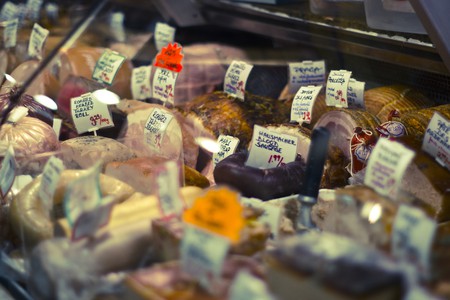 In ancient times, hunting animals and roasting meat was essential to sustain Finns through their long, cold winters. Even today, many of these traditions remain and there are many more varieties of meat than just those found at the supermarket. 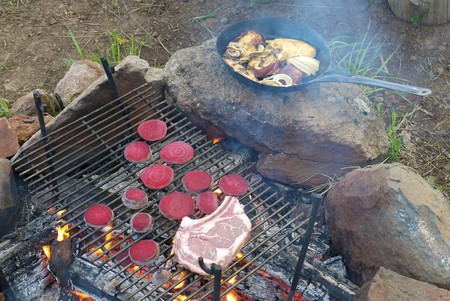 Pork and chicken are the most common meats at everyday meals in Finland, but on special occasions such as weddings and holidays, specialty meats from native Finnish species such as reindeer, elk, and bear are served. Karelian pot roast, for example, makes up the main dish for Christmas dinner in Eastern Finland. It contains moose and pork meat, along with vegetables and seasonings, with the stew soaked up by mashed potatoes or Karelian pastries.

Not all of these meats are reserved for special occasions, however. You can easily eat a reindeer bagel at a chain cafe or put bear meat into a sandwich. They are even sold in tins at tourist gift shops and roadside service stations. Some visitors hate the idea of eating reindeer after seeing them featured in so many Christmas specials, but their meat has not only been an integral part of the diet of Finns for centuries, but it is still an essential industry in Northern Finland, practised mainly by the native Sami people. 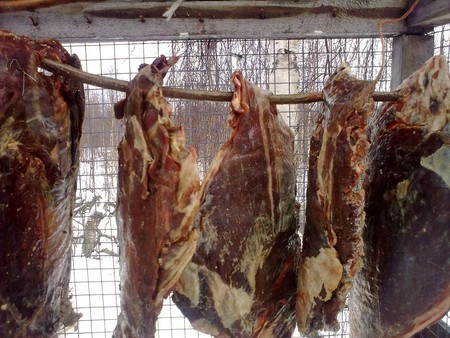 Apart from reindeer, it is impossible to farm these animals, so the only way to keep up the supply is to hunt them. Hunting culture is still important in Finland and even seen as a bonding activity between men. Dog species such as the Karelian bear dog are bred specifically for hunting large animals.

Yet hunting in Finland isn’t regarded as a sport in the way that fox hunting was in the UK, as Finns deeply respect their natural wildlife. Gun ownership and hunting are both strictly regulated, with permits being incredibly difficult to apply for and hunting rifles only allowed to be kept in a hunting lodge. Each animal species has its own specific open season and permission must be sought to hunt on private land. These measures prevent accidents and allow for manageable population control.

Markets such as the bi-annual Turku Fish Market, frequently sell meat that is freshly cooked on a fire and almost all Finnish towns contain a market hall with a butcher’s shop. If you are visiting or renting a summer cottage, there is guaranteed to be a stove or a firepit where you can cook some up yourself.

Every region has restaurants and special events where you can try their signature dishes. Rovaniemi in Lapland, for instance, hosts a Reindeer Chef of the Year contest every spring. 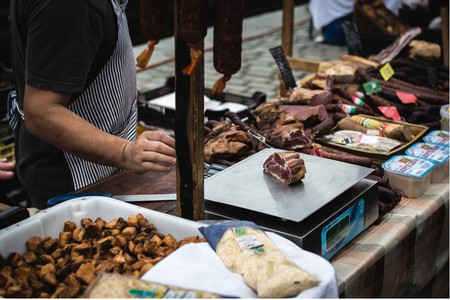 While some critics have disparaged Finnish cuisine in the past, the truth is that the country is a haven for meat lovers and food buffs. There are places up and down the country to try both gourmet meat and a rustic cooking experience.