Finland's Sauna Scene Shows No Sign of Cooling off

Dating back to the 11th century, saunas appear everywhere in Finnish culture, including a famous scene in the Aleksis Kivi novel Seven Brothers when the irresponsible brothers set fire to their sauna. In Finland, time in a sauna is not a luxury, nor is it something to be spent alone. Instead, saunas are a part of everyday life, used for socialising, relaxation and health.

How do saunas work?

A traditional smoke sauna works by lighting a furnace and giving it enough time to heat up nearby stones to generate steam. Modern saunas use an electric heater and only need about an hour to heat up. Once sufficiently warm, people sit or lie down on wooden benches and sometimes beat themselves with birch branches to improve their circulation. They douse the stones with water if they want more steam. When finished, they cool down with a cold shower, a dip in the lake or ocean, or even a roll in the snow.

Considered to be good for the skin, saunas have many health benefits and are sometimes called ‘a poor man’s pharmacy.’ For example, it is believed that saunas can help smokers kick the habit by sweating the nicotine out of their bodies. Saunas were once even used for births and for storing dead bodies, as they were the most sterile place in the house. 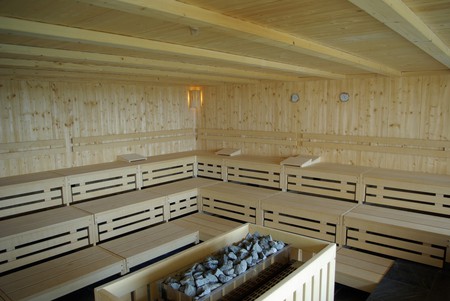 Saunas aren’t difficult to find in Finland as almost all upper- and middle-class homes or summer houses have them. Apartment buildings, low income housing and hotels also have communal saunas that users can book.

There are still a few public saunas as well, particularly in Helsinki. Some of them even have historic significance: the Arlan Public Sauna in Helsinki has been open since 1929, while the Rajaportti sauna in Tampere, open since 1906, is the oldest public sauna in Finland still in use. For a luxury experience, there are also spas and boutique saunas such as the Airisto Spa on the Turku archipelago. 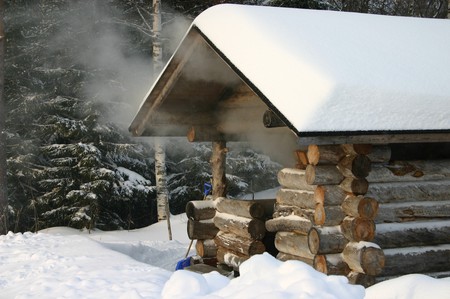 New sauna visitors may be surprised that they are expected to go in nude or wearing only a towel. While men and women enter separately, married couples are permitted to go in together. However, Finns do understand that foreigners can be more squeamish in regards to nudity and will try to respect visitors’ wishes.

Finns like their sauna particularly hot, which can be too much for a first timer and can even cause heatstroke. Request to go in first before the sauna has heated up fully. Entering the sauna for the first time can be a bizarre experience and the amount of warm air can cause hyperventilation. During the first few visits, it’s best to stay in only for a few minutes then either cool off in the shower or by sitting outside for a while. It is also tradition to enjoy a col beer or beverage after the sauna, which will also help the cool-down process.

The sauna is an acquired taste, but after the first few tries, you will likely become accustomed to it and may even decide to make it a regular habit. Doing so may not only improve your health and decrease stress but also allow you to partake in a Finnish custom older than Finland itself. 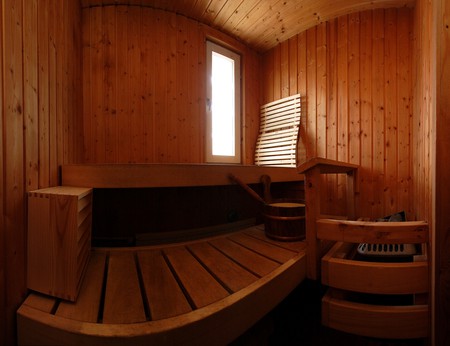