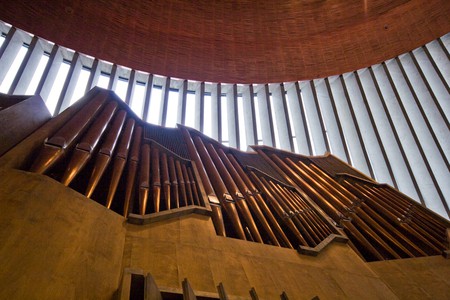 The Temppeliaukion Church, also known as the Rock Church or Church of the Rock, is one of Helsinki’s smallest but most popular sites. Here is how the church and concert venue, built directly into the natural granite rock, came to be Helsinki’s most unusual church. 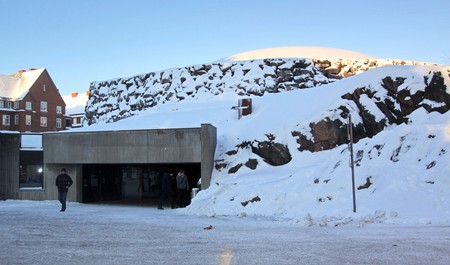 Plans for a church in what is now the Töölö parish were made as far back as 1906 when Helsinki was being rapidly built up and modernised. Several design contests were held in the 1930s, but no one submitted satisfactory designs. World War II temporarily halted plans and after the war, Finland was deeply in debt and had to focus its efforts on paying off its reparations to the Soviet Union.

After Finland paid off its reparations in 1961, they held another contest. Architect brothers Timo and Tuomo Suomalainen (whose surname fittingly enough literally means ‘Finnish’) won the second contest. They initially feared that using the rocks for walls would be too radical, but they were informed that rocks would made excellent natural acoustics. Their final plan included using the natural rock on the site rather than clear it away and embed the church directly into it with the accompanying parish buildings to the side. They intended to use natural light from a skylight with the ceiling held up by a copper-lined dome and include ducts in the floor to carry away water trickling down the rocks, particularly during snowmelt. 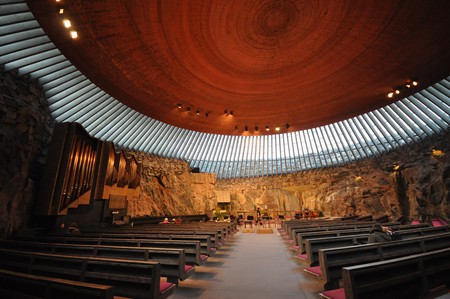 Even so, public opinion of the new church was initially negative. The people of Töölö wanted a traditional cathedral. Critics also felt that the rock church wouldn’t be Christian enough and would look too much like a defence bunker. There was also a fear of the church being too much of an extravagance when the money spent in its building could be better spent on famine victims in Biafra (a state which briefly existed after the Nigerian Civil War). Some local Christian students even graffitied he word ‘Biafra’ over the building site, one of the first recorded incidents of public graffiti in Finland. Initial plans were eventually scaled back and in the end, the building cost only four million Finnish marks, the equivalent of around 670,000 Euros.

The opening of Taivallahti Church in 1969 (it was renamed Temppeliaukion church in 1971), immediately assuaged the opposition’s fears and was a huge hit. Services were often full to capacity and each season drew in hundreds of thousands of visitors. In 1972, it reached half a million visitors in a single year, a number the church maintains to this day. 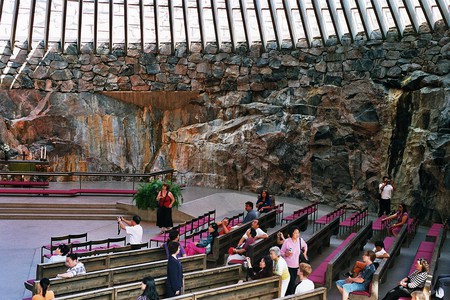 Today, Temppeliaukion serves the community as both a tourist attraction and a working church. An especially popular wedding venue, the natural acoustics and artistic significance also make it popular as a concert venue and an arts space. Prayer cards in the lobby offer greetings to visitors in dozens of languages. Architecture enthusiasts still make pilgrimages from all over the world to see the church. Before 12pm especially, the light floods in from the skylight and shines upon the alter, made from an ice-age crevice. 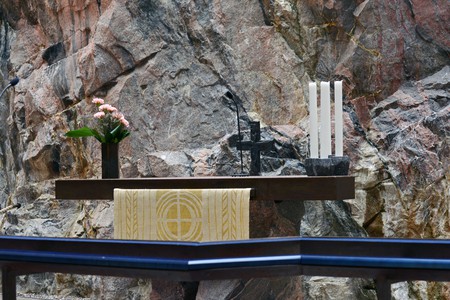 Small but beautiful and making the best use of its natural resources, Temppeliaukion Church is a symbol for Finland itself and will undoubtedly go down in history as one of its most important sites.