7 Epic Places in Rovaniemi, Finland Every Local Is Proud Of 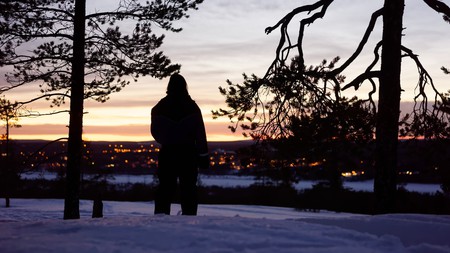 A view of Rovaniemi at sunset. | © Vincent Guth / Unsplash

Visitors travelling to Rovaniemi in Finland to see Santa are always pleasantly surprised by the huge range of amazing sights beyond Santa’s Village. But the locals know this already and are proud of their region’s stunning landscapes and cultural heritage. These are some of the most epic spots in Rovaniemi that both locals and tourists love.

Rovaniemi’s iconic bridge crosses the wide Kemijoki river and was the first bridge of its kind constructed in Finland. Its name and design pay homage to the region’s logging industry, with two pillars lit at all times of the day to resemble a lumberjack’s candle, which is a log cut to form a large candle-like torch. The Lumberjack’s Candle acts as a shining beacon for the city and looks stunning when the river is frozen. Not only can you walk over the bridge, but when the ice is thick enough you can walk directly underneath it! 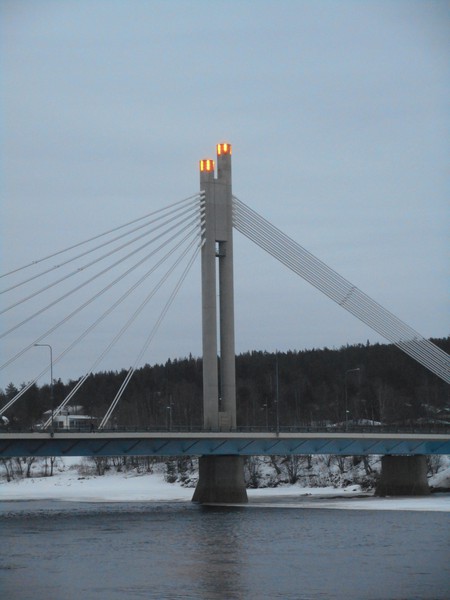 The lights of the Lumberjack's Candle | © Kumpei Shiraishi / Flickr

Pyhänkasteenlampi, or the Holy Baptism Lake, is a naturally formed body of water at the end of a ravine, which was a sacred spot to the indigenous Sami people for hundreds of years. It is also believed that sacrifices and spells were performed near the area, although Christian missionaries later used it for baptisms – hence the name. Not only is it a highly spiritual spot and an interesting historical sight, but the hike up to the lake is also enticing.

Only in Finland will you find a square named after a heavy metal band! The square in central Rovaniemi was renamed from Sampo Square (after the famous object in Finnish mythology) to Lordi Square in 2006, after the eponymous band won the Eurovision Song Contest and became national heroes in Finland. This particular square was chosen since the band’s lead singer Mr Lordi (or more specifically, the musician who portrays Mr Lordi) is from Rovaniemi. The square is now a popular site for events and concerts, which has previously included a Lordi concert. 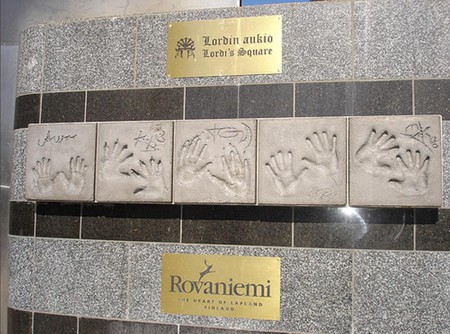 The Northern Lights are a must-see while in Lapland, and one of the best places in Rovaniemi to see them is the observation tower on Syväsenvaara hill. The tower is located a few kilometres outside of the city centre and the Santa Claus Village, so it is only a short hike. Standing 190 meters above sea level, the tower offers great views of the city, the region, and if you’re lucky the Northern Lights as well.

Possibly one of the most beautiful natural areas of Rovaniemi, auttiköngäs is a forest area an hour outside of the city and it’s full of radiant rivers, waterfalls, and old log cabins. The forest is so old and unspoilt that the only time in history that trees were felled was during the German occupation of Lapland in the 1940’s. It is a slightly rugged and difficult terrain to hike, but offers some of the best photo opportunities in all of Lapland. 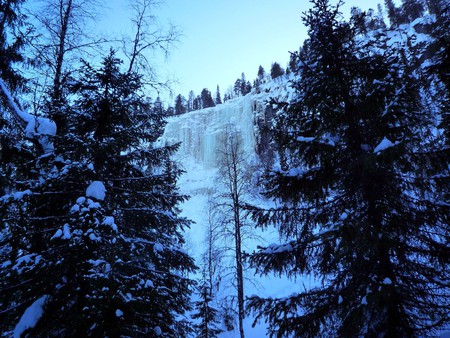 The Devil’s Churns or ‘giant’s kettles’ are a series of 14 natural potholes on the rocky slopes of Sukulanrakka, about 25km away from Rovaniemi, formed thousands of years ago by glaciation. They get their name both from local folklore about demons living in the holes and from their incredible depth. The deepest hole in the formation, known as the ‘devil’s soup bowl’, stretches eight metres across and is 15 metres deep, making it the deepest glacial hole in Finland. Some of the holes have ladders that you can climb down to enter the churns yourself. 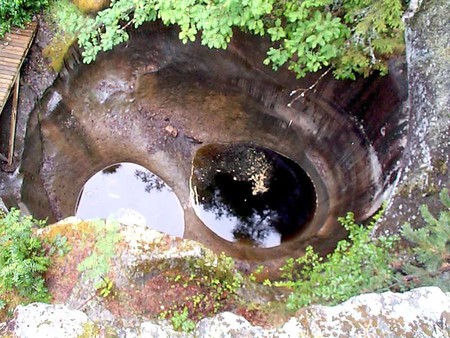 One of the 'Devil's Churns' near Rovaniemi. | © Jniemenmaa / WikiCommons

Of all the national parks in Lapland, Pyhä-Luosto is one of the most varied and stunning. Located between two large mountains, it contains sweeping fells, virgin forests, and amazing wildlife. In winter, there are cross-country ski trails through the forests while in the summer you can traverse the terrain and climb the mountains at night for views of the Midnight Sun. 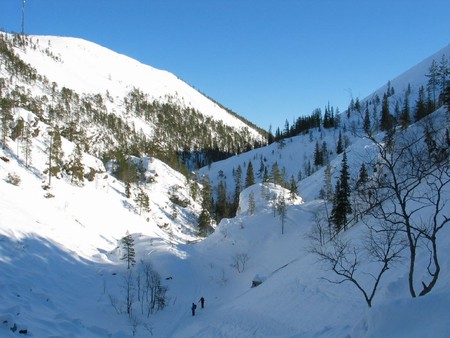 Climbing the mountains of Pyhä-Luosto National Park during winter. | © Trainthh / WikiCommons
Give us feedback