5 Foods You Didn't Know Were Considered Summer Food in Finland 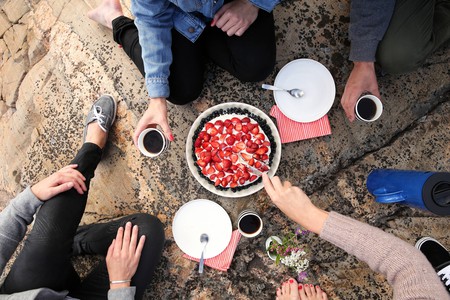 When new potatoes arrive and the sausages disappear from the shelves of Finnish shops at a high speed, it means summer has finally arrived in Finland!

It is said that a Finnish summer lasts for a hundred days, and during those days the sun never sets. The burst of sunshine brings out the best of Finland – and its summer food. Some of them, like blueberries, fish and potatoes, may not be considered summer food anywhere else. But in Finland, they are at their best during those glorious hundred days. 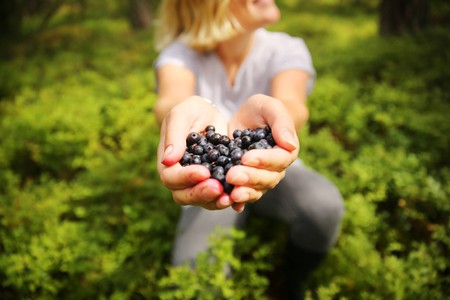 Blueberries can be freely picked up in Finland's forests. | ©Harri Tarvainen / Visit Finland

The best thing about Finnish summer is that with a little bit of effort you will get your berries and mushrooms for free. Just walk into a forest and start picking! The Finns are proud of their ‘everyman’s rights’ – that is, the right to enjoy the forests, fells, lakes and rivers regardless if the land is privately owned. Obviously, nature must be respected and littering is strictly forbidden. 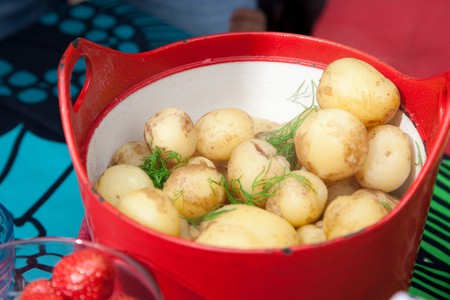 Potatoes might usually be considered as an accompaniment for autumn-y stews, but in Finland the best potato dishes are enjoyed at the beginning of the summer season, when new potatoes appear on market squares and supermarkets. The new potatoes are a little bit smaller yet taste better than the typical potatoes on offer all year round. New potatoes are super simple to cook too: steam until ready, add some butter and dill when done, and you’re ready to go!

When the first heat wave hits Finland, the sausage shelves empty quickly in local supermarkets. This is the food to enjoy during summer months. Finns barbecue it at their backyards, summer cottages or over campfires. They even heat it up on their sauna’s stones and enjoy it typically with mustard or ketchup. For many, there is nothing better than a sausage with ketchup after sauna while staring at a calm lake. 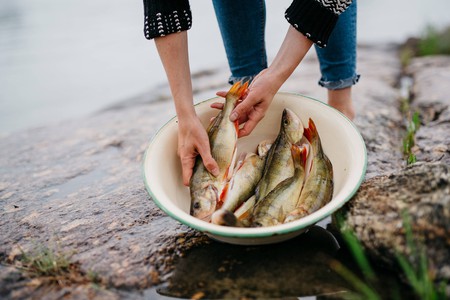 Fishing is a popular pastime in Finland all year round, but after ice fishing in -20 degrees Celsius during winter months, summertime fishing is a breeze. A lot of people throw their own nets on their cottage lakes or go fishing with a rowing boat and a rod. Typically, the act is more important than the catch. But when there is a catch, it is prepared with various methods: there’s smoking, grilling and of course, making fish soup. 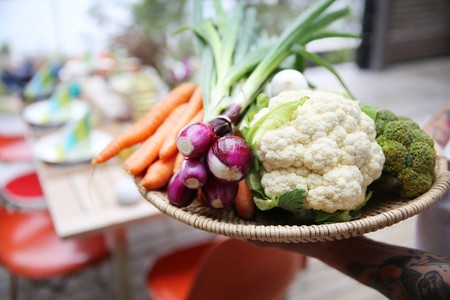 Broccoli, cauliflower, onions, cucumber, lettuce – these are just a few of all vegetables flourishing on Finnish soil during the summer months. ‘Kesäkeitto’, a popular summer soup, uses seasonal vegetables, mainly peas, and potatoes. Soup may not be considered as a summer dish, but in Finland, the milky “summer soup” is one of the highlights of the season.

There are also some very traditional and – with the current healthy and ecological emphasis on local food – trendy ingredients growing in Finnish forests and farmlands during the summer season. One of them is nettle, which makes amazing nettle soup but can also be used in pancakes.

And speaking of pancakes, they can be considered as Finnish summertime specialities too. Prepared on an open fire on a big and slightly hollow pan, enjoying the thin ‘muurinpohjalettu’ with fresh berries from the forest is a special treat! 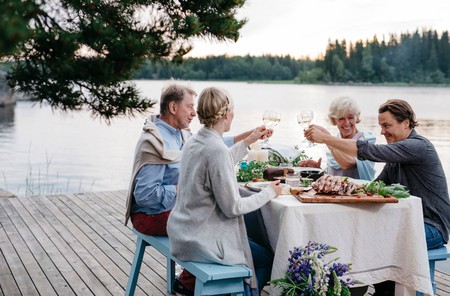