14 Things You Didn't Know About Moomin 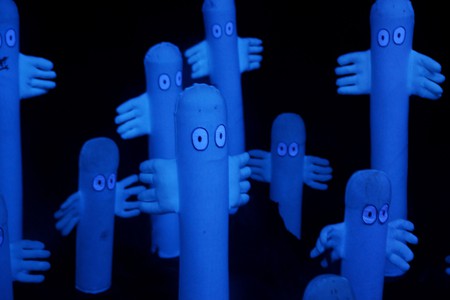 The Moomin series was first published by artist Tove Jansson in 1945 and has gone on to become one of the most beloved children’s series of all time. But they were much more than simple children’s books. They subtly dealt with issues of forbidden love, mental illness, and artistic freedom. These are just a few more of the most fascinating and obscure facts about the Moomins and their history. 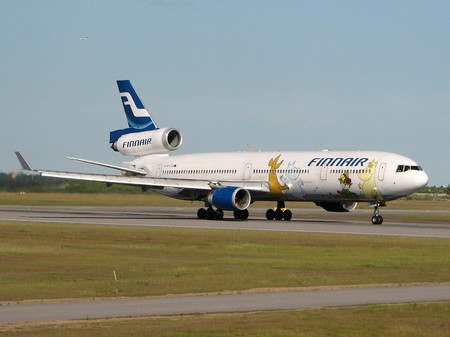 The creation of what would eventually become the Moomins came when Tove got into a philosophical argument with her brother Per Olav and out of anger, wanted to draw something ugly on the walls of their summer house toilet. In the end, Tove decided that the drawing actually looked good.

The first Moomin-like cartoon ever published was an anti-Hitler satire in 1938, but as a very basic version of the eventual design that appeared a few years later.

Today, the brand is the top earner in Finland’s creative industry and an integral part of the economy, with around 80 licenses nationally and 300 internationally. 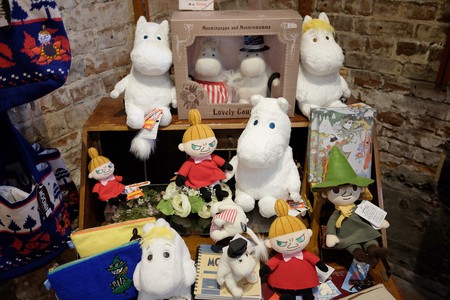 Even former Finnish president Tarja Halonen is a fan of the series, and has been known to wear a Moomin watch.

However, Tove wasn’t always happy with this commercialization or fans trying to seek her out at home. At the peak of her popularity, she was swarmed with offers for commercial tie-ins, including one for a Moomin brand of sanitary towels, which she discreetly declined.

The Price of Fame

Tove wrote this frustration into her work, including the short story The Spring Tune when the musician Snufkin is interrupted from his playing by a fan who demands attention, making him forget the tune. The last comic story that Tove worked on, The Golden Tail, shows Moomintroll becoming famous after his tail turns gold and being targeted by unscrupulous journalists and businessmen. Tove’s literary novel The True Deceiver, written after Tove had stopped writing for children, is also about a female Swedish creator of a children’s series who has become disillusioned with her work.

Tove had female lovers at a time when homosexuality was illegal in Finland, but that didn’t stop her from sneaking a same-sex couple past the censors. Thingumy and Bob appear in Finn Family Moomintroll and are always together and holding hands. They were purposely written as a same-sex couple (albeit as a somewhat ambiguous gender) and are widely believed to be based upon Tove and her lover at the time.

The character Too-Ticky, who first appears in Moominland Midwinter, was also based upon Tove’s life partner, artist Tuulikki Pietilä, who assisted Tove with many of her projects. 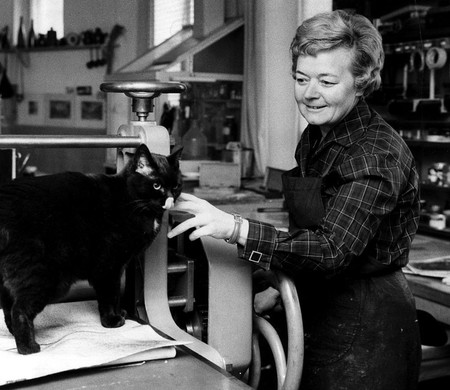 Tuulikki Pietilä in her studio/ Wikicommons

The Moomins have their own theme park! Moomin World opened in the Turku archipelago in 1993 and includes replicas of the book locations, costumed characters, and stage shows. It is only open during the summer holidays, but is none the less considered one of the best children’s theme parks in the world and has won many awards. 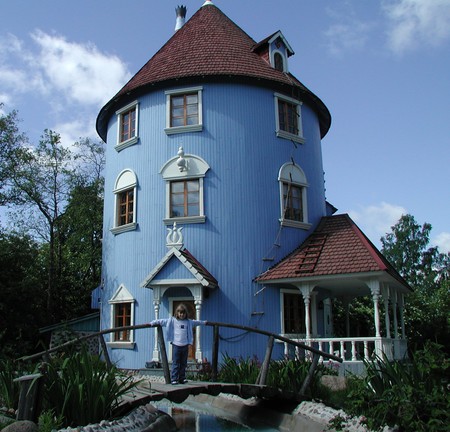 No to Walt Disney

It is somewhat ironic, therefore, that like many creators, Tove was once offered a chance to sell her characters to the Walt Disney Company. She turned them down as she wanted to retain full creative control over her work.

There are many Moomin shops and cafés throughout the world, such as one in Covent Garden, London, and the books, comics, and cartoons have been translated into multiple languages. But outside of their native Scandinavia, they have taken off the most in Japan. Not only are there multiple shops and products in the country, but they were responsible for animating several cartoon adaptations and now have their own Moomin World, Metsä (Finnish for “forest”) in Hanno. 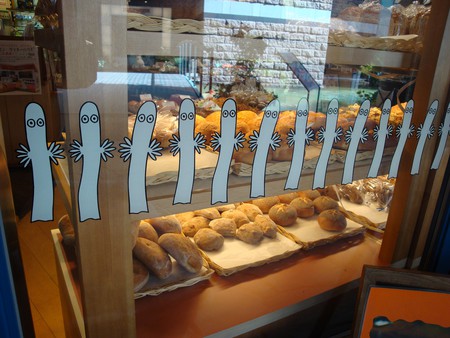 The first few animated adaptations were considered mediocre and never aired outside of Japan. But after much convincing, Tove and her brother Lars signed off on one more series as they were given much more creative input than previous adaptations. When they were shown the preview, Tove reportedly said “They are living!” The anime was largely responsible for increasing the worldwide popularity of the franchise and launching the second “Moomin boom” of the 1990s.

One of the most memorable scenes of the anime for Finnish audiences is the first appearance of the monstrous Groke, which was so terrifying, it is now known for traumatizing an entire generation of Finnish children. Strangely enough, this was actually due to a mistake. When the animation was sent to Finland from Japan, a mistake resulted in the colors being much darker than originally intended and the episode was aired before it was noticed.

While this scene made the airwaves, several episodes were banned from Finnish broadcast for being “un-Moomin-like,” due to their overly depressing and violent content. At least one version of the Groke had to be re-dubbed so her voice wasn’t as scary.