13 Fascinating Things To Know About the Finnish Language 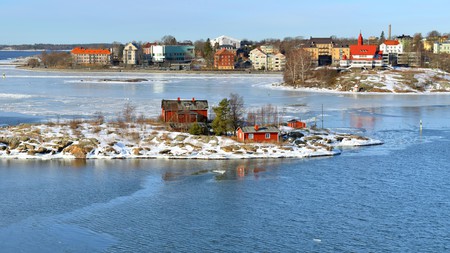 The Finnish language is known to be tricky for English speakers to pick up, but those who study it find it to be one of the most amazing and harmonic European languages. Here are some fascinating facts about the Nordic language and its native speakers.

Finnish did not originate with the Finns

The roots of the Finnish language are not the same as those of the Finnish people. Finns are believed to originate from what is now Turkey, while Finnish is a Uralic language, which comes from the Ural Mountains in Russia.

The oldest piece of written Finnish is a spell

Some Finnish words still in use today date back 4,000 years. It’s unclear where and when the written version of the language came from, but the oldest known piece of written Finnish dates from around the mid-1200s and was found in Novgorod, which is now Russia. It was written on a birch bark letter and is difficult to interpret into modern Finnish, but is believed to be some kind of spell.

Finland’s alphabet consists of 29 letters. As well as the standard Roman alphabet (the same one used by English), it adds ‘Å’ and ‘Ö’ from the Swedish alphabet and ‘Ä’ (pronounced ‘ahh’ as in ‘apple’). Despite their inclusion, some letters in the alphabet, such as ‘W’, are barely used in Finnish and appear only in foreign words or names.

Finnish literature was popularised by one man

The first novel written and published in Finnish is believed to be Aleksis Kivi’s Seven Brothers (or Seitsemän Veljestä in the original Finnish) in 1870. The book is not only considered one of the best pieces of Finnish literature ever written, but is credited with popularising the written language, paving the way for modern Finnish and instilling the national pride that resulted in the country’s independence in 1917.

There are fewer Finnish speakers than people in Finland

Finnish is one of the 24 official languages of the European Union, yet it is also one of the least widespread with only around 5 million native speakers, about one percent of the EU population. Most of these speakers live in Finland, where around 90 percent of the population speaks Finnish as a first language. It is also an official minority language in Karelian-Russia, parts of Sweden, and the far north of Norway. There are also a few small Finnish speaking communities in the USA and Canada, consisting mostly of Finnish immigrants.

Finnish is the official language of metalheads

Finnish language teachers find that most people studying it for pleasure are doing so because of their interest in the Finnish heavy metal music scene. Finland has more heavy metal bands than any other nation and songs are usually written in Finnish or English, or a combination of the two.

One Finnish word is used worldwide

Unusual for a European language, Finnish doesn’t have many loan words to English or any other languages, with one exception. The sauna was invented in Finland and is a cultural staple of the country. Subsequently, the word is spelt the same in most other languages, although in Finnish it is pronounced as ‘sow-nah’ rather than ‘saw-nuh’.

A lot of words in Finnish, especially more modern ones, have an incredibly literal – and hilarious – English translation. A refrigerator is an ‘ice cupboard’ (jääkaappi), a computer is a ‘knowledge machine’ (tietokone) and a treadmill is a ‘running carpet’ (juoksumatto).

Finnish has one of the world’s longest words

Finnish uses compound words, meaning words which are combined into one rather than written out individually (e.g. bussikuski rather than ‘bus driver’). This has given birth to one of the longest words in the world at 61 letters, lentokonesuihkuturbiinimoottoriapumekaanikkoaliupseerioppilas, which means ‘airplane jet turbine engine auxiliary mechanic non-commissioned officer student’. It is not used very often.

Manners aren’t a priority in Finnish

Finnish has very few formal equivalents in its speech, as a straightforward cultural attitude doesn’t put a high emphasis on manners or formal speaking. One thing which can really throw off etiquette-lovers is that Finnish has no word for ‘please’, using the word for ‘thank you’ (kiitos) whenever it is needed. When asking for something in Finland, you only need to name the thing you need and not worry about coming across as impolite.

Finnish people have their own name day

Finland is one of the only nations where people celebrate both birthdays and name days, a tradition which dates to the Medieval period. Every day on the calendar has some Finnish names attached to it, in which people with that name receive cards and cakes from loved ones. These only extend to common Finnish and Swedish names, however, so those with unusual names are left out.

Dialects come from the east or west

There are seven main dialects in Finland, each one with their own sub-dialects and individual slang terms. Most of these can be divided between the eastern and western halves of the country. The eastern Karelian dialect is considered the equivalent of the ‘hick’ accent in Finland, while southern or Helsinki dialects are seen as more sophisticated. Northern Finnish is usually the thickest and the most difficult to understand, even by other Finns.

Finnish has no gender pronouns

Finland might owe its strong stance on gender equality to its language containing no gendered words or pronouns. The most noticeable is the gender-neutral hän, which can mean both ‘he’ and ‘she’.