Reasons Why You Should Visit Finland at Least Once

From the picturesque lakeside vistas to it being the heavy metal capital of the world, there are so many reasons why visiting Finland should be the top spot of your Europe to-do list.

The cities are steeped in history 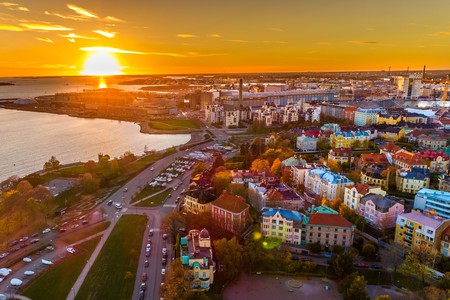 The Finnish capital of Helsinki is full of historical landmarks, including the battle-hardened Suomenlinna Fortress | © Subodh Agnihotri / Alamy Stock Photo

The best way to explore Finland’s fascinating history is by touring the cities. One such city, Turku, on the southwest coast, was the capital city during Swedish rule that lasted from the Middle Ages up until 1809. See this history for yourself in the olden architecture and relics, best encapsulated at Turku Castle and the Aboa Vetus Museum.

Helsinki became the capital after Russia gained control of the country, and the city remains that status to this day. It also has numerous historical sites, including the Suomenlinna Fortress, the National Museum and the Helsinki Cathedral.

Escape to a lakeside cottage 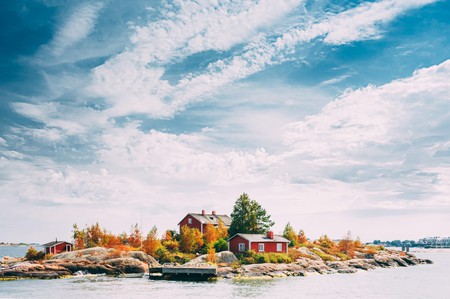 One of the main draws to Finland is the thousands of lakes that offer fishing and boating. Another is the tradition of staying in rustic, lakeside cottages far out in the country. Many spots combine those two appeals, giving you plenty of options for isolation and relaxation (as well as easy access to ski resorts). The coasts of the Baltic Sea and archipelagos are well worth investigating for some waterside serenity.

You can even stay on your own private island by joining Culture Trip’s five-day adventure to Finnish Lapland – packed with activities such as husky sledding, ice-fishing and snowmobiling.

The national parks are outdoor paradises

A total of 39 national parks offer ideal locations for cyclists, hikers, ramblers, dog walkers, campers, or anyone looking to get back to nature. These parks also offer stunning views, adventure-holiday packages and chances to spot unique wildlife. 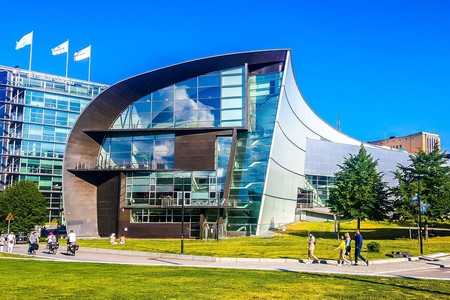 The Museum of Contemporary Art, Kiasma, is one of many unique architectural designs you’ll find in Finland | © Inna Zabotnova / Alamy Stock Photo

Finnish architecture ranges from old, wooden structures that have stood since the Swedish era, to modern designs such as the Museum of Contemporary Art. Throughout the country, you can also see art from movements including art-nouveau, Nordic classicism, gothic revival and minimalism. Make sure you explore the national architectural history at the Architecture Museum in Helsinki as well.

Tuck into the delicious local cuisine

Nordic cuisine may not be as talked about as the flavours of Asia or South America, but there are a wide range of tasty dishes for you to try. Fish is particularly common due to the number of lakes, as are specialty meats, mushrooms and berries. In recent years, Finland has also begun to embrace international cuisine more and more. Foodies will find a wide range of international restaurants in larger cites; however, they’ll use local, sustainable ingredients in their recipes.

it’s a safe and hospitable society

Finland is the 17th safest country in the world, according to World Atlas, and Helsinki is the second-safest city. Violent crime is incredibly rare, especially during the perpetual daylight in the summer months. In fact, the biggest danger here isn’t the people; it’s slipping on ice during the winter.

Finns have somewhat of a reputation for keeping to themselves, but they’re still hospitable to travellers. Older people especially like to strike up conversations with strangers. The majority of Finns are multi-lingual; English has been part of the school curriculum for several decades. This gives them an ability to help out if you’re having trouble with translation. Depending on location, some Finns also speak Swedish, Russian and/or Sámi.

Be inspired by incredible landscapes 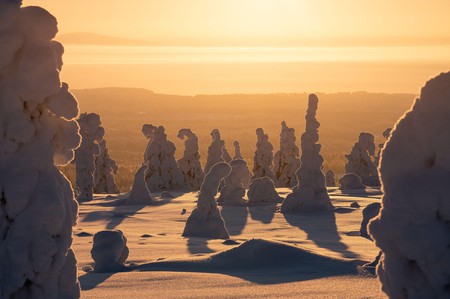 During winter, the trees in Riisitunturi National Park can be completely caked in snow | © Jarmo Piironen / Alamy Stock Photo

The landscapes alone are enough reason to visit Finland. After all, they’ve been inspiring artists and composers for many years. There’s a diverse range, including the flat countryside of the south, the mountains of Koli National Park and the snow-covered tundra in Lapland; so, there is more than enough to keep you stunned for a long time. For those of you wishing to take it all in, rent a car or camper van and tour the country to spend some time gazing at the scenery.

Immerse yourself in great literature

Finnish literature isn’t studied much internationally, but there are many examples showcasing all aspects of Finnish culture. The Kalevala is the national epic poem; it includes engrossing stories of the creation myth and ancient Finnish gods, among others. Aleksis Kivi, the first author to write in Finnish and depict ordinary Finns – particularly in his most-famous story The Seven Brothers – was largely responsible for popularising the written language. More recently, Tove Jansson’s Moomin children’s book series has gained international popularity, and her literary fiction has started to gain some attention as well. Väinö Linna’s war novel, The Unknown Soldier, was adapted into a famous film that’s still aired every Independence Day. Literary enthusiasts can find English-language copies of all of these books in most major Finnish bookshops.

It’s the best country in the world for metalheads 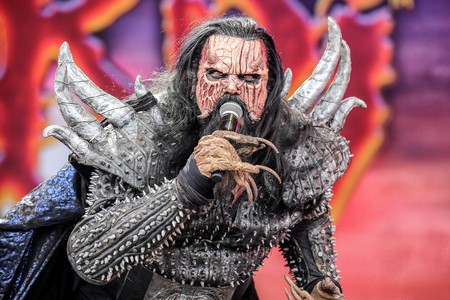 Heavy metal is the music genre of choice for many Finns, and the country has the most bands of that genre per capita worldwide (there are 54 per every 100,000 people). Well-known for their monster-movie-inspired outfits, Lordi is the only heavy band to win the Eurovision Song Contest. Other popular bands include Nightwish, Amorphis, Insomnium and Children of Bodom. Both national and international metal bands frequently tour the country throughout the year, particularly at events such as the Ilosaarirock Festival in Joensuu.

Finnish architecture is often based around beautiful simplicity and inspiration from nature; these qualities can be seen in the Marimekko and Arabia brands. They can be expensive abroad, so Finland is the best place to get them for a good price and to find a wider selection at their flagship stores.

Pick up some inexpensive gadgets

Finland has long been a leader in the electronics field. Around 10 years ago, almost all mobile phones were produced in Finland. After the large companies outsourced their manufacturing elsewhere, the start-up boom launched and has been going strong ever since. The mobile game Angry Birds has been one of the most popular tech exports, and you can find Angry Birds-themed merchandise and candy throughout the country. The game even has a theme park in Tampere. As you’d maybe expect, Finland is an ideal place to pick up affordable electronics.

This article was part of Culture Trip’s Finland 100 campaign, celebrating everything Finnish to mark the country’s centenary.