11 Musicians from Finland You Need to Know 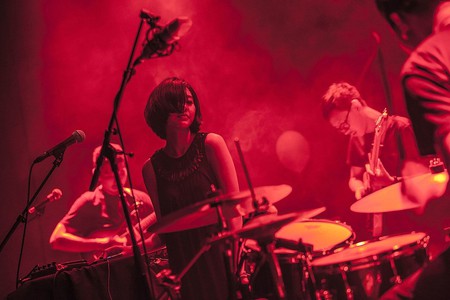 Finnish music is known for deviating from the mainstream, with musicians finding their own styles or putting a unique twist on an established genre. These are some of the best bands and solo acts from Finland for a taste of what makes Finnish music so special.

Heavy metal is a highly popular genre in Finland, but Apocalyptica have made themselves stand out from the thousands of other acts by including cellos in their songs, with some tracks being purely instrumental. This unique approach has led to the band releasing six albums since their formation in 1993 and they are still touring internationally.

Eläkeläiset’s name is Finnish for ‘pensioners’, and fittingly they are the band of choice for Finland’s baby boomers. They describe themselves as ‘the greatest humppa band on Earth’, humppa being a fast-paced type of Finnish jazz with polka elements. The band performs many humppa covers of well-known songs, similar to Weird Al Yankovic. This wacky style has made the band popular throughout Finland and much of Europe, especially in Germany.

While many Finnish rock musicians perform their songs in English to appeal to the international market, Eppu Normaali set themselves apart by performing only in Finnish. While this has limited the band’s success overseas, it has made them one of the longest lasting rock bands in Finland, and the best-selling native band with record sales topping two million since their formation in 1976. The band was also the subject of the documentary The Saimaa Gesture, an early success for famous Finnish filmmakers Aki and Mika Kaurismäki.

Swede-Finn artist Jari Sillanpää is one of the top-selling solo artists in Finland, and one of the few openly gay artists in the country. Sillanpää shot to fame in 1995 after winning the Seinäjoki Tangomarkkinat tango contest and his subsequent debut album became the best-selling album of all time in Finland. He has twice represented Finland in the Eurovision song contest, making it to the semi-finals in 2004 with his own composition ‘Takes 2 to Tango’.

Juice Leskinen (whose first name is pronounced ‘you-ey-say’, not the English word ‘juice’), was one of the most enduring and industrious Finnish musicians of the 20th century, enough for him to come 38th in the list of 100 Greatest Finns. From 1973 until his death in 2006, Leskinen produced nearly 30 albums and wrote dozens of songs for other Finnish artists, many of which have gone on to become classics.

With record sales of over 600,000 since 1963, Katri Helena is the most successful female Finnish solo artist, and the second best-selling female artist in Finland after Madonna. She has also represented Finland twice in the Eurovision song contest, making it to the finals both times.

Lordi almost defines Finnish heavy metal and the uniquely hardcore approach they take to the genre. The band’s main selling point, apart from their delightfully macabre songs, is that the members perform in full costumes based upon classic movie monsters, keeping up their personas on-stage and even in interviews. This really turned some heads when the band performed in the 2006 Eurovision Song Contest and surprised many by taking Finland’s first win with a record-breaking vote count.

Another different approach to metal, Nightwish are one of the most globally popular symphonic metal bands, with songs that sound like the soundtrack of a fantasy movie. Their songs have been inspired by classic fantasy, Finnish mythology, and even Disney movies and always have an epic feel to them.

PKN, which stands for ‘Pertti Kurikan’s name day’, is a punk band formed out of a charity for adults with developmental disabilities. While the band recently retired, in their time they won several prominent contests, performed both nationally and internationally, were the subject of a documentary, and even made it to the semi-finals of the 2015 Eurovision Song Contest (the first band made up of intellectually disabled band members to do so). They also performed alongside Lordi in a charity concert raising money for the mentally disabled community.

Before Lordi took over the heavy metal scene, The Rasmus were one of the few metal bands to find success outside of their native Finland. Their fifth album, Dead Letters, sold 1.7 million copies worldwide, overtaking classical composer Jean Sibelius for overseas royalties for Finnish music. While the band’s international popularity has largely faded, they are still highly popular in Scandinavia and are currently touring in Russia.

Ves Matti Loiri is one of Finland’s most beloved celebrities, with a career stretching to acting, comedy, and music. His musical career has spanned everything from drinking songs to operas, and he used his talent playing the flute in his entry for the 1980 Eurovision Song Contest. He also famously provided the voice of the Genie in the Finnish dub of Disney’s Aladdin. Adding his own localised jokes, which appealed more to Finnish audiences, made Disney consider it the best foreign dub of the film.