11 Finnish Movies You Should Watch

One of the best ways to get to know a country is to watch its best films, and Finland is no exception. This collection of 11 of Finland’s more important films will not only introduce you to this land of dark winters and eternal summer sunlight, but it will also give you a deeper and more nuanced knowledge of the country and its history and people. Check them out for yourself below. 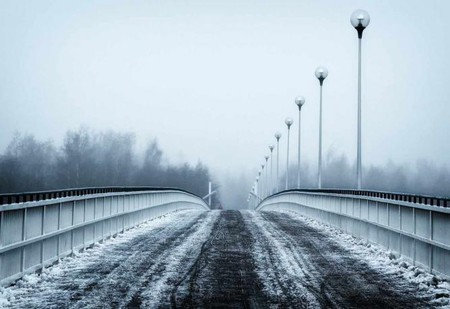 A bridge in winter in Finland | © tpsdave/pixabay

The Unknown Soldier (Finnish: Tuntematon Sotilas) is at once a lesson in Finnish history and the most successful Finnish film ever made. It tells a story from the front line of the Continuation War, which Finland fought against the Soviet Union while World War II was raging farther south, from the perspective of a group of ordinary soldiers. It was released in 1955, only about a decade after the fact, and over half of the entire Finnish population saw it in theatres. Now, you can see it every year on television on Finnish Independence Day. It’s based on the novel of the same name by Väinö Linna, which is probably the most important Finnish book ever written.

Another old classic, Inspector Palmu’s Error (Finnish: Komisario Palmun erehdys, released in 1960) was recently voted the best Finnish film ever. It has a pretty standard premise – a wealthy man is murdered, and a detective comes to check things out. Inspector Palmu had already been the subject of a 1940 novel, and people enjoyed his antics on film enough that three additional movies were made with the same characters. This film is still quite popular, so it’s important to watch as you begin to educate yourself about Finnish cinema.

When The White Reindeer (Finnish: Valkoinen peura) was released in 1952, it immediately gained recognition worldwide, garnering an award for Best Fairy Tale Film at the 1953 Cannes Film Festival and winning a Golden Globe for Best Foreign Film in 1957. It’s a horror film that draws its inspiration from early Finnish mythology and the shamanism of the Sami people of Lapland, in Northern Finland. If for nothing else, watch this film for the scenery and costumes, which will take you right into the depths of winter in Northern Finland.

There is nothing more Finnish than a sauna, and there’s no better way to understand sauna culture as a foreigner outside of Finland than by watching Steam of Life (Finnish: Miesten vuoro, 2010). The film stops in at saunas all around Finland, and audiences get to hear the deep thoughts of all of the men who enjoy them. Have you ever wanted to know what it would be like to go into a sauna with a bear? One of the men featured in Steam of Life can even tell you that. 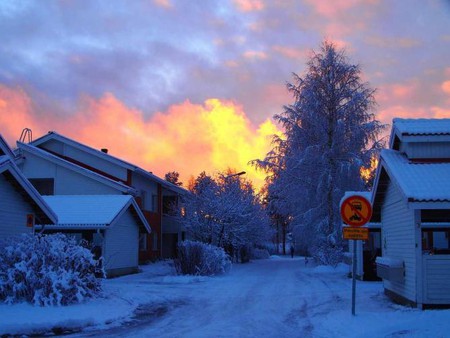 A Finnish town in winter | © Sarari1123/pixabay

Another feature about one of Finland’s conflicts during World War II, The Winter War (Finnish: Talvisota, 1989) follows a set of Finnish brothers in the reserve army in 1989 as they go to fight against the Soviets. This happened right after Germany invaded Poland, and goes largely unnoticed in common European history. One thing to note is that whenever possible, the director used the actual war machinery and only created replicas when the originals were not available. The Winter War received much acclaim in the Finnish film world when it was released but has remained largely unknown outside of that.

Eight Deadly Shots (Finnish: Kahdeksan surmanluotia, 1972) was originally shot as a mini-series before being converted into a film. It recounts the true story of a poor farmer who, over the course of many years trying in vain to support his family, becomes a violent alcoholic and draws the attention of the police. The film’s director, Mikko Niskanen, is one of the most celebrated Finnish directors, and his acting roles also included the lead in Eight Deadly Shots and a part in The Unknown Soldier.

The Man Without a Past

The Man Without a Past (Finnish: Mies vailla menneisyyttä, 2002) was nominated for an Academy Award nomination for Best Foreign Language Film and four awards at Cannes. The director is Aki Kaurismäki, one of Finland’s greatest contemporary directors, who has already been quite prolific. This film, like many of his others, centers on the Finnish capital of Helsinki and takes a cynical and darkly comedic look at the country – which, fittingly, is how many Finns would look at it. 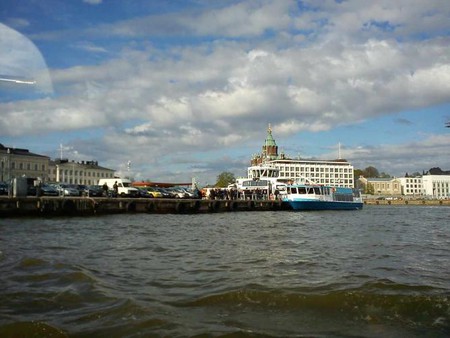 Another great film based on the Finnish experience of World War II, Mother of Mine (Finnish: Äideistä parhain, 2005) tells the story of a Finnish boy who feels abandoned when his mother sends him to a Swedish foster family during the war. His foster mother is not immediate very welcoming, and his feelings of confusion deepen. The director, Klaus Härö, is a Finnish Swede, and at only 44 he had already had three of his movies submitted to the Best Foreign Film category at the Academy Awards, including Mother of Mine.

The aforementioned Aki Kaurismäki has a brother, Mika, who is also a film director, and The Worthless (Finnish: Arvottomat, 1982) is one of his most celebrated films. He co-wrote it with Aki, who also acted in it, and he won the Finnish Jussi Award for best director. It follows two men and a woman as they drive around Finland, chased by both criminals and the police. The ever-changing setting of the film is a great way to get a sense of what Finland actually looks like.

One of the better films from this millennium, Frozen Land (Finnish: Paha maa, 2005) basically tells the opposite of the “pay it forward” idea, with one cruel action after another being transferred from character to character. It all starts with a fired schoolteacher taking his bad mood out on his teenage son, and then the film follows the chain reaction that ensues. It won eight Finnish Jussi awards, including Best Film and Best Direction, in addition to a number of awards at film festivals across Europe.

The Year of the Hare

In The Year of the Hare (Finnish: Jäniksen vuosi, 1977), the main character, Vatanen, decides to act on what has probably been an idle dream for many – he quits his corporate job in the city to spend a year in the wilderness of Lapland. He ends up taking care of a hare that had been hit by a car, and the hare becomes his companion. When he has to take the hare to see a vet in the city, he is forced to bring his two lives into conflict. The film was based on a 1975 novel of the same name, and it is still a favorite of many.