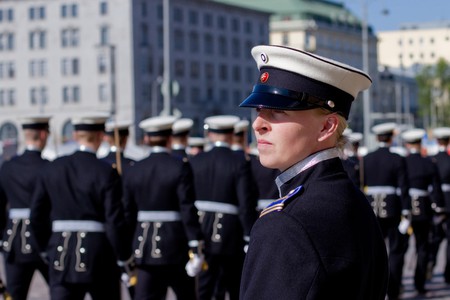 Finland is often regarded as one of the world’s leaders for women’s rights and gender equality, placing second in the World Economic Forum’s Global Gender Gap Report in 2014, rising from third place in 2010. On International Women’s Day in March 2017, Prime Minister Juha Sipilä announced that Finland would hold the world’s first ever prize for gender equality, with an award sum of 150,000 euros.

Sexism and gender inequality do still exist in Finland, particularly in regards to the wage gap and employment discrimination, but are not felt on the same sweeping levels as many other European countries. Many believe this is due to a long history of socialist and secular values, stemming back to a time when ancient Finns worshiped female deities and both men and women had to work together to survive. These are some of the top moments over the past century which have improved Finland’s gender equality.

The history of gender equality in Finland arguably started back in 1884 with the formation of Suomen Naisyhdistys, or the Finnish Women’s Association, the first women’s association in Finland and established by author, social activist, and politician Alexander Grippenberg. The group has gone on to become one of over 50 members of the International Alliance of Women.

In 1906, Finland became the first country in the world to give full voting and parliamentary rights to women, a feat which most other Western nations wouldn’t achieve until after the First World War. In the following year, 19 women, including Alexander Grippenberg, were elected as members of parliament, making up 9.5% of the total seats, a number which has been rising ever since. 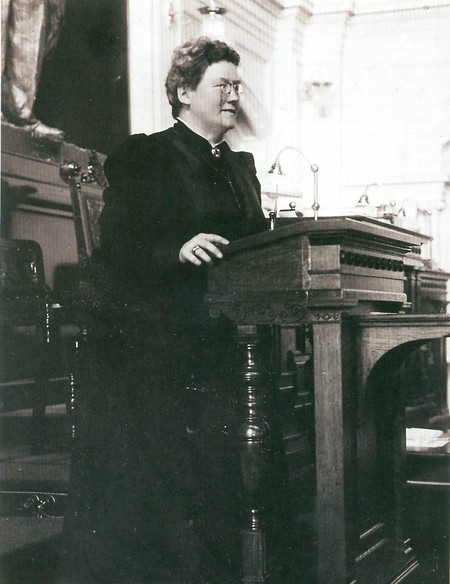 During World War Two, Finnish women contributed to the war effort by joining the Lotta Svärd organization. The volunteer organization had been running since the 1920s and was named after a female character in the famous poem Ensign Stal by Johan Runeberg (which is also where the lyrics for the Finnish national anthem came from). They were mobilized in the war to provide medical support, spot enemy aircraft, warn of air raids, and other duties which men were too busy to perform themselves. 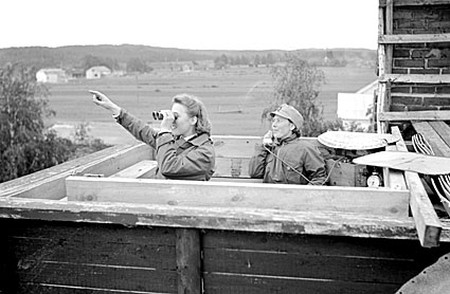 Since 1987, The Act on Equality Between Women and Men has sought to prevent sex discrimination, promote gender equality, and improve the status of women in society and the workplace. A notable amendment in 1995 was that official committees and councils needed at least 40% of their members to be female.

Women’s Committee on the Sami Council

The Equality Act inspired many sub-committees, including a committee of women on the council of the native Sami people. Named Sarahkka after an ancient female deity, it is deeply involved in the politics of the Sami population in Finland, Sweden, Russia, and Norway. 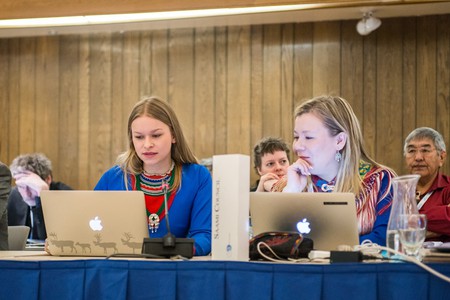 Finland has long been a highly secular country, but in 1988 when the Lutheran church permitted the inauguration of female priests, it was still considered a great step forward. There are now over 1,000 female priests in the country. One of which, Irja Askola, is now the Bishop of Helsinki.

All eligible men in Finland are still conscripted into military training, and in 1995 women were permitted to volunteer for the same training and go on into full-time military service. As police officers in Finland are required to partake in military training, this has also led to a better balance of male and female police officers, which is especially important for vulnerable people who feel more comfortable interacting with a female officer. 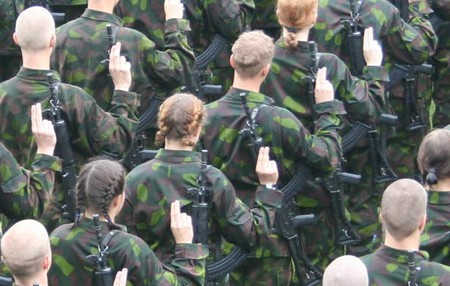 Male and female officers in the Finnish military | © Wikimedia Commons

Finland elected its first female president, Tarja Halonen, in 2000, and she was re-elected for a second term in 2006 and remained in office until 2012. As well as helping Finland survive the economic recession, she helped to improve gay rights and military policy. Finland also elected its first female prime minister, Anneli Jäätteenmäki, in 2003 and its second, Mari Kiviniemi, in 2010. 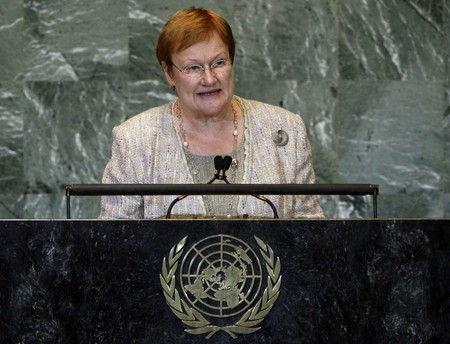 Since 2003, the Finnish government has launched an action plan covering multiple projects in an attempt to promote gender equality, reform existing laws, increase the number of women in politics and other key areas, and cut down upon domestic violence. The current action plan for 2016 to 2019 seeks to shorten the wage gap, improve employment opportunities, and provide equal representation on company boards.

The long battle for gender equality continues to rage on, but over a century of empowering female figures, equality legislation, and ongoing action plans have paved the way for a fair and equal society in Finland.