Literature from the Land of a Thousand Lakes: 10 Finnish Classics 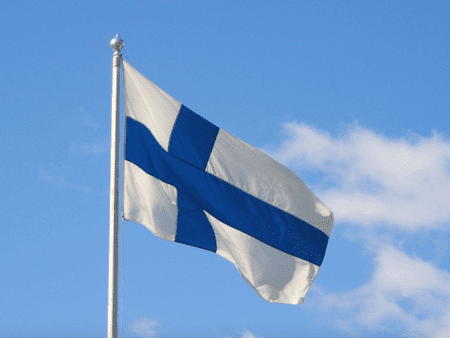 There is no better way to get to know a country than to read its finest literary treasures. Our picks for ten of the best Finnish books will take you through the country’s history in the care of writers and characters who will guide you in a way that history books or mere pictures never could. Wait for a chilly day and then curl up next to the fire with these Finnish literary classics.

The Kalevala, complied by Elias Lonnrot in the first half of the 19th century, is more than a book. It is a cornerstone of the Finnish nation, an epic poem that cemented the Finnish language in writing and initiated a tide of nationalism that eventually resulted in Finland’s independence from Russia in 1917. Lonnrot put a long tradition of Finnish oral poetry into writing, thereby both preserving it and giving his nation an epic poem along the same lines as Beowulf or The Iliad. Today, all Finns know the stories that The Kalevala tells and the struggles of the characters, particularly the hero, Vainamoinen.

Moving from poetry into prose, another of the most important pieces of Finnish literature ever writen is Seven Brothers (1870, Finnish: Seitseman veljesta) by Aleksis Kivi, the grandfather of Finnish literature. Kivi wrote in Finnish at a time when Swedish was the main language spoken by the educated classes, and he depicted ordinary Finns in a way that had not yet found its way into literature. Some critics, therefore, detested the novel, but it has since become known as possibly the greatest Finnish novel ever written. If you’d like to see Aleksis Kivi himself, go to Helsinki’s railway station square, where you’ll find his sculpture.

Published less than a decade after the end of World War II, The Unknown Soldier (Finnish: Tuntematon sotilas) tells the little-known story of one of the two separate wars that Finland fought — the Continuation War, between Finland and the Soviet Union. It uses the personal stories of a number of ordinary Finnish soldiers to portray a bigger picture of the country at war as a whole. The soldiers come from different regions and backgrounds and have different attitudes about the way that they’re fighting, but through it all, a memorable and touching overarching story appears.

The Finnish-Estonian writer Sofi Oksanen published Purge (Finnish: Puhdistus) in 2008, after it originally came out as a play in 2007. One of her only novels to be translated into English, Purge explores difficult themes like rape, collusion, sexual slavery, and resistance during the Soviet occupation of Estonia. It won several prestigious literary prizes in Finland for its harsh portrayal of the horrors that the Estonians suffered at the hands of the Soviets and has even gained popularity across Europe. While this is by no means an easy read, it is a great example of why it is sometimes necessary to read about subjects that challenge and push you.

Finnish author Rosa Liksom spent time studying at a university in Moscow, and her knowledge of Russia shines through in her 2011 book Compartment No. 6 (Finnish: Hytti Nro 6). The novel tells the story of a Finnish student in Moscow who leaves the city on a train towards Ulan Bator in Mongolia, but she finds herself as the traveling companion of a hardened Russian man who is in the same train compartment as her. She cannot escape from him as he tells her about the horrible experiences in his life, and the backdrop of life in the Soviet Union that he witnessed.

You may have caught wind of the trend of Nordic mystery writers, and Leena Lehtolainen definitely deserves a spot in that group. She published My First Murder in 1993, as the first of her series featuring detective Maria Kallio, a perfect heroine for the ambitious feminist. In this, her first outing, she has to investigate a murder that has occurred amongst a group of young, rich friends, and in doing so, she uncovers all the dirty secrets of the group and offers a different view of the country’s highest social classes. This is a fast, entertaining read, and don’t worry — there are plenty of sequels after it.

If you grew up in Europe, there’s a good chance that you know of the Moomin comics. For a deeper trip into Moominvalley, however, you need to read the books. They are examples of the rare story that captivates both adults and children, and you’ll come back to them again and again for the characters and stories that they portray. Tove Jansson was a Swedish-speaking Finn, so the books were originally published in Swedish, not Finnish. And although the Moomins are geared towards children, don’t expect anything light or happy-go-lucky — for cartoons, the Moomins have surprisingly adult and melancholy problems.

One Finn has won the Nobel Prize for Literature, and it was Frans Eemil Sillanpaa in 1939. Originally born into a poor family, his family was eventually able to send him to study, and he would go on to write some of the most celebrated works of Finnish literature. One is The Maid Silja (1931, Finnish: Nuorena nullunut), which tells the touching story of a young girl as she grows up and matures. It also includes nods to Finnish history, leaving readers with a deeper understanding of the country even as they become entranced by the title character herself.

The Year of the Hare

In The Year of the Hare (1975, Finnish: Janiksen vuosi) by Arto Paasilinna, the main character carries out the common fantasy of leaving city life to go live in the country, where he nearly kills a hare with his car and then decides to nurse it back to health and take care of it. This moving novel was named to the UNESCO Collection of Representative Works, a UNESCO project that funded translations from smaller languages into English and French. The picture that it portrays, both of the main character and Finland itself, are well worth having in a language that more than the five million Finns can read.

In Riikka Pulkkinen’s breakthrough novel, True, a family gathers around their grandmother, Elsa, as she’s dying. As the time goes by, though, hidden times and memories emerge, and the whole family must confront the appearance of a certain memory — that of the family’s former nanny — that had not arisen in decades. The granddaughter, Anna, wants explanations in the truest form, but the novel instead explores the nature of both memory and love in all of their fluidity and imperfection. This is a deep novel, full of emotional turmoil, challenging realizations, and very relatable psychological questions.