Why the Faroe Islands Is the Perfect Climbing Destination 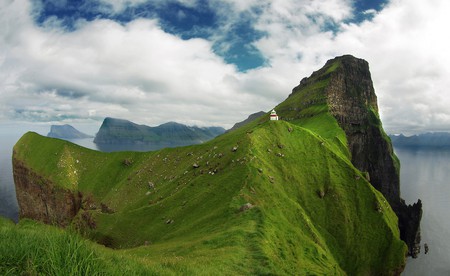 On the island of Kalsoy, in the mountains just north of the village named Trøllanes (Trolls headland) by the cliff named kallurin is this cute lighthouse located. BRÙKT: Facebook 19. Juni 2016 | © Gregoire Sieuw / Courtesy of Visit Faroe Islands

The Faroe Islands is one of the top destinations on climbers’ bucket lists due to the endless options available on the archipelago’s 18 islands. But even those who have never before felt the urge to conquer a mountain or a hill can’t help but put their hiking shoes on, especially after taking a closer look at the archipelago’s awe-inspiring landscape.

Around 60 million years ago, extensive volcanic eruptions gave birth to 18 rocky islands that have been floating peacefully on the North Atlantic ocean between Iceland and Norway. The remote archipelago widely known as the Faroe Islands is home to 50,000 inhabitants, but every year more and more travellers head up north to discover one of the world’s most unspoilt corners.

The nature at Faroe islands is so diverse and wild that it has played a great role in the formation of the Faroese culture and traditions. With the largest part of the islands covered in mountains, grassy hills and steep cliffs, hiking was the only way for locals to move around. Marked routes with cairns, or varðar as locals call them, are still in use to facilitate hiking adventures. 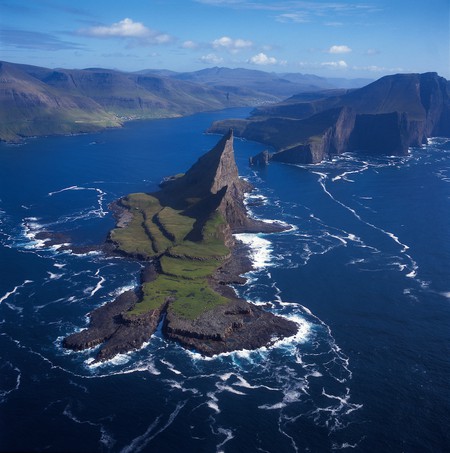 But what was once a necessity for locals due to the island’s formation is nowadays one of the reasons the Faroe Islands is a popular destination among travellers. There are endless mountains and cliffs to be explored by both beginners and experienced climbers. The climbing difficulty varies based on the destination but with the appropriate clothing and equipment – and an experienced guide by your side – you can reach the highest points of the Faroe Islands.

Where should you climb?

Slættaratindur, the highest mountain of the Faroe Islands, stretches 880 metres above sea level. On June 21, the longest day of the year, it is tradition for locals to climb Slættaratindur and watch the sunset – then a few hours later, the sunrise. It takes around two and a half hours to reach the summit of the mountain but the route is quite easy and even suitable for children. The view from up there is breathtaking, to say the least, especially on a clear sunny day when every single one of the 18 islands is visible. 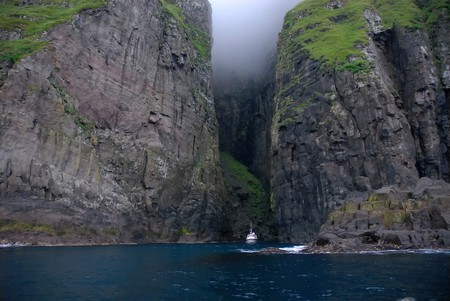 Another popular climbing destination is Villingadalsfjall mountain at Viðoy, the northernmost island in the Faroe Islands. It takes around four hours to get to the peak of the mountain but if you make it you’ll get to see the ocean and the most north-eastern islands (Borðoy, Kunoy, Kalsoy and Fugloy) from above.

Close to Villingadalsfjall is Enniberg, a 754-metre cliff that the Faroese call the highest promontory in Europe facing the open ocean. Conquering this cliff isn’t an easy task. In fact, it’s one of the hardest and trickiest routes in the Faroe Islands and it’s highly recommended to take a guided tour. But again, the view is so magical that those who don’t give up halfway through the hike will be rewarded. 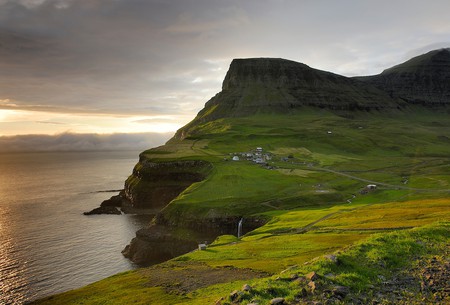 Finally, those who are looking for a really unique experience should try reaching the top of Øldan, a 71-metre-high sea stack on the Northern coast of Kunoy island. This one isn’t for the faint-hearted but according to experienced guides it is not a physically demanding tour. A 30-minute boat ride will take you on the foot of the sea stack and once tied in the necessary climbing equipment all you have to do is follow the bolted anchors along the vertical cliff.

Of course, these are only a few of the choices for visitors of the Faroe Islands. But if we sparked your curiosity (as we intended to), you’ll find more than 20 hiking routes leading to the 18 islands’ most spectacular and remote corners. 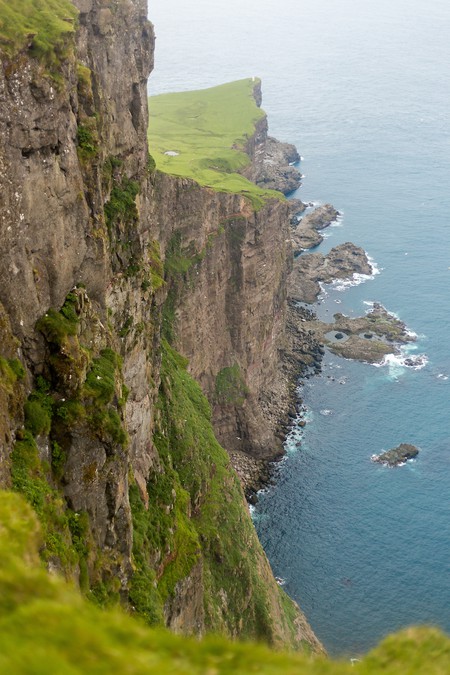