Meet the Faroese Rapper Spitting Into a Sea of Cliches 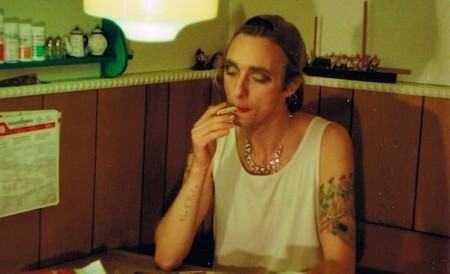 There isn’t much of a hip-hop scene in the remote archipelago of the Faroe Islands. One rapper, Silvurdrongur, is doing his best to change that.

Trygvi Danielsen was 12 years old when he rapped on stage for the first time. He was attempting a cover of Eminem’s ‘Hailie’s Song’. Not an easy feat for even the most accomplished rapper, let alone a schoolkid who was spitting out rhymes in a second language. ‘I fucked it up pretty badly in front of 500 people,’ he admits bluntly. ‘But all the older kids were impressed and told me I did a good job. I still know the lyrics by heart.’

Since then he’s polished up his performance and established himself as one of the Faroe Islands’ fiercest rappers – not that there’s much competition. When it comes to the remote archipelago’s hip-hop scene, there’s another rap collective, Swangah Dangah… and, well, that’s pretty much it.

The Faroe Islands, made up of 18 islands, are located north of Scotland and in between Norway and Iceland. They’re home to just 50,000 people. Wild and unspoilt, they enjoy unpredictable weather all year long. It’s the kind of place that attracts adventurous travellers who want to immerse themselves in nature and take in the stark, dramatic landscape on long hikes.

Danielsen raps mainly in his native tongue, Faroese, which is estimated to be spoken by around 80,000 people around the world. 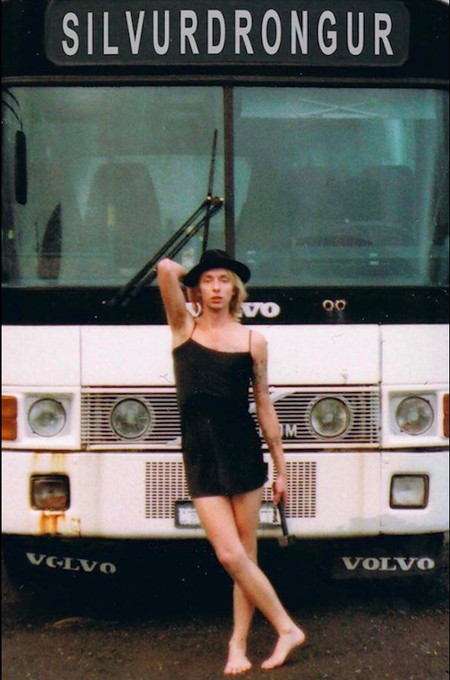 The language, which is derived from Old Norse, is grammatically similar to Icelandic but closer in pronunciation to Norwegian. It’s so uncommon it’s not even available on Google Translate.

The rapper says: ‘Faroese is my language. It’s my tongue, my way of thinking. I have to write in the language that comes naturally. It no longer makes sense to me to spit into the vast sea of English clichés. It began to feel weird at some point.

‘I don’t know that it adds anything to the music, but it makes it more authentic and real to me, personally, at least. It probably makes the flow smoother than it would be if I wrote in English.’

It’s no surprise the 26-year-old considers himself a bit of an expert on the matter – he’s studying Faroese language and literature at the University of the Faroe Islands in the capital Tórshavn.

He raps under the name Silvurdrongur, which means ‘silver kid’ – a reference to his old band name The Absent Silver King.

His music has the menacing intensity of ’90s trip-hop acts such as Tricky, all hushed and brooding like he’s waiting for you in the shadows, while his clever wordplay is incisive and thought-provoking.

Take this verse from the track ‘Salt’:

I’ve got no band-aid on the wound
no comment in the debate
I’ve got two wrinkles on my forehead
from listening to you
I bite into the words
that you throw into the air
but I spit them out again
before they touch the tongue
I take you with a gram of salt
but it gets me right in the wound
I take you out in the winter for salting
but you can come back inside in the spring
either you are formed by your culture
or you form it yourself
that’s worth keeping in mind
if you wish to be whole, you who are half

Danielsen explains: ‘I describe [my music] as wordsong, orðasangur in Faroese. That’s a term that I think describes it well. Language is musical in essence, and words can be songs on their own – without vocal flamboyance or instrumental accompaniment, and that’s what I’m going for.

‘People sometimes come up to me and describe the music, and they never really know how to categorise it, whether to call it poetry, rap, or something else. They compare me to Gil Scott-Heron and the poet from [Netflix show] The Get Down – which I don’t mind, it’s flattering.’

It’s not just words he plays around with but gender stereotypes as well. He reveals he sometimes dresses up in women’s clothing for special gigs and has done since he was a kid, but he’s keen to avoid labels and describes it as tapping into ‘feminine energy’ as opposed to masculine. ‘I don’t do it as a statement,’ he insists. ‘I don’t like it when things get too political – which, of course, everything is nowadays.’

Danielsen uses his lyrics to examine the ‘vulnerability of the human condition’, encompassing the difficulties of existing in a world where it’s hard, sometimes even impossible, to make a connection.

‘Mostly, I write about the struggles of being alive,’ he says. ‘Dealing with the pain and suffering of trying to connect with other people. My writing also focuses towards the language itself, playing with words, rearranging, reinventing, reinvigorating, re-examining the language and how we use it.’

But he hopes that his music will be able to cross over to the mainstream despite how Faroese probably sounds like ‘gibberish to the foreign ear’.

‘It’s possible. I listen to tons of music where I don’t understand the lyrics; that’s especially the case with hip hop. So why not?’