Escape the Crowds and Explore James Bond's Most Remote Destination 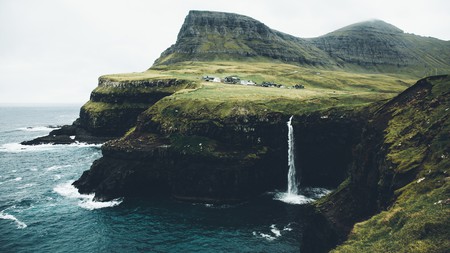 The Faroe Islands beckon, and getting there just got a whole lot simpler | Daniel Casson / @dpc_photography

The Faroe Islands were a surprising inclusion on the initial UK green list of places it was safe to travel to, and had curious Brits scrambling for their world maps to see if they could justify a trip to one of the most remote parts of Europe. Restrictions on both ends of the route meant that the archipelago has remained out of practical reach, but with a new direct flight planned for the summer, there is now a chance you can get there.

The Faroe Islands sit in the North Atlantic between Scotland, Norway and Iceland. Once you visualise that, you will understand why a trip to this autonomous region, part of the Kingdom of Denmark, isn’t as simple as hopping on a plane and flying in for a short break. It’s a beautiful, Nordic-influenced land that you will want to visit, but a lengthy sea voyage is usually the only way for Brits to arrive. You could get a connecting flight from another Nordic country, but it’s not an ideal solution for a relatively short distance. 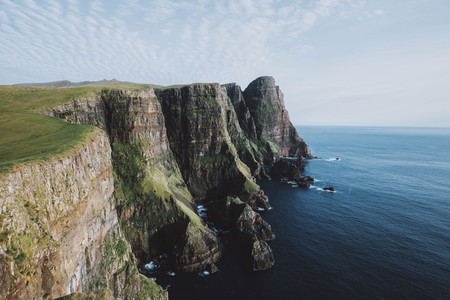 The Faroe Islands lie in the North Atlantic between Scotland, Norway and Iceland | © Jan-Kellr

The good news is that from July 2021, the islands’ national carrier Atlantic Airways will be running direct flights from Edinburgh. The journey will take less than 90 minutes, and fully vaccinated visitors will be able to start their holidays without having to quarantine on arrival. You do have to take a test when you land and wait up to half a day for the results, but that’s a small price to pay if you’re desperate to travel again.

So what is there to do on the Faroe Islands, and how does 007 come into the story in a place where sheep significantly outnumber people?

Visit the most remote James Bond location yet

No Time to Die is the latest film in the long-running James Bond franchise. The film was scheduled for release in 2020, but has been pushed back to September 2021 due to the global pandemic. The island of Kalsoy, with a population of just 79 inhabitants, plays a big part in the final act of the movie. Kallur lighthouse, perched on a steep cliff at the top of the island, is the most famous landmark here, surrounded by unforgiving narrow roads and deep valleys that make it hard to get around. Getting to the island is a Bond-like mission in itself, as you have to travel by ferry or helicopter. For intrepid adventurers, a tour of the locations is available and it’s certain to become an unmissable attraction once the film is on general release. 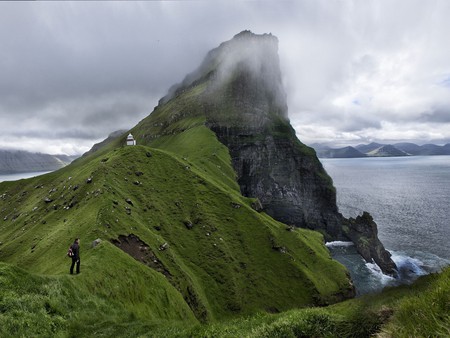 Drive around the first undersea roundabout in the world

The Faroe Islands hit the headlines in 2020 with a piece of architectural wizardry that looks as if it, too, came straight out of a movie. The 11km (7mi) Eysturoy Tunnel connects the island of Streymoy (the location of Tórshavn, the capital city) with the island of Eysturoy. It’s the second-longest such underwater tunnel for vehicles in the world, and the first to feature a roundabout. A dramatic light installation by Faroese artist Tróndur Patursson has turned a functional way of cutting down daily commuting into a road-trip destination every driver wants to experience. 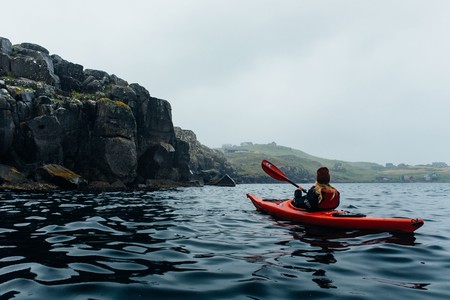 With the Faroe Islands on the green list, there is now a chance to fly direct from Edinburgh | © Visit Faroe Islands

Take in a truly socially-distanced festival

An eclectic and intimate music event, held since 2002 in the tiny fjord-side village of Syðrugøta – populated by around 400 inhabitants – G! Festival makes the most of its remote location. Syðrugøta lies within a natural amphitheatre and will this year host international acts alongside local stars. We’ve all been starved of live music for more than a year, so this location and international line-up sound like the perfect way to get the party started. 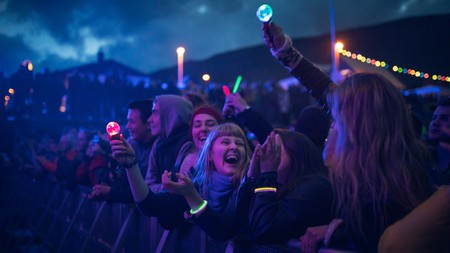 G! Festival is an eclectic and intimate music event, with local and international artists performing | © Alessio-Mesiano

Getting to the Faroe Islands

Direct flights from Edinburgh will operate twice weekly (Mondays and Thursdays) from 1 July to December 2021. Connections can also be made from Copenhagen (Denmark), Paris (France), Reykjavik (Iceland) and Bergen (Norway). Additional seasonal routes are usually available, but many have been suspended due to Covid-19 restrictions. 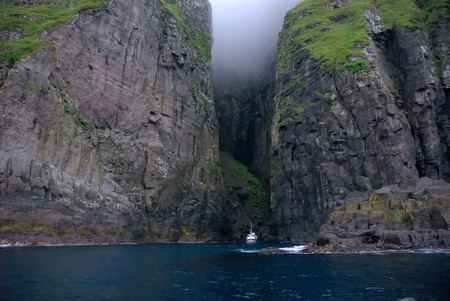 Ferry routes run from Iceland and Denmark to the Faroe Islands and are available via a local operator.