Discover Nordic Sushi: The Fish in The Faroe Islands is The Best in The World 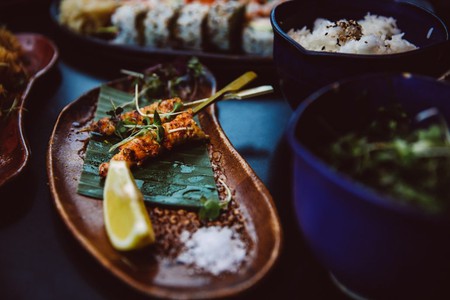 Japanese sushi might be the most famous, but there’s a new sushi destination on the horizon. The Faroe Islands are sea-locked between Iceland and Norway and have developed a unique type of Nordic sushi, whose delicacies – thanks to the unpolluted, glacial waters – are among the best in the world.

A tiny chain of rugged cliffs, tucked away in the Atlantic Ocean between Iceland and Norway, stands as the forgotten Faroe Islands. Most of its native inhabitants are descended from fishing people, a culture that rests ingrained in everyone’s hearts, and inspires freshly-caught mouth-watering cuisine. 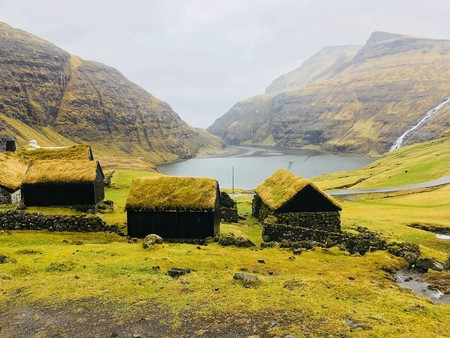 Beneath the breathtaking scenery and splendid tranquility lurks a remarkably diverse and abundant fish population. The fish thrive thanks to the warm jet that flows from the Gulf Stream into the incredibly clean, unpolluted, glacial waves that pound away around the islands. 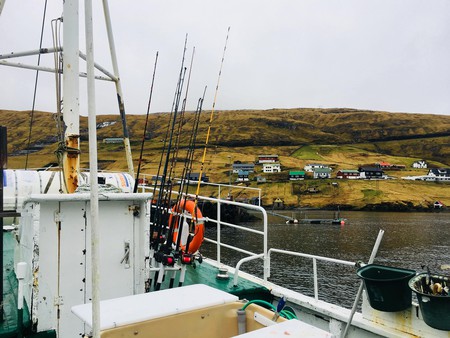 The delicacy of raw fish conjures up images of Japan, but this doesn’t mean other destinations can’t excel at this ancient art. Etika is the only restaurant that specializes in serving the unique delicacy of Nordic sushi in the forgotten Faroe Islands, and whisks you away on a unique gastronomic journey. 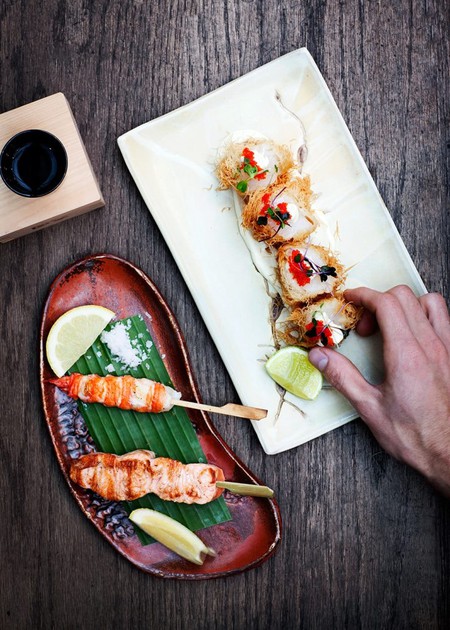 In this interview, we met up with the master-chef behind Etika, Siddesh Dhabolkar, who previously worked in a five-star hotel in Dubai before settling to craft Nordic sushi in the Faroe Islands. We wanted to find out how different Nordic sushi is from Japanese sushi, and discover what’s so special about its vibrant flavors. 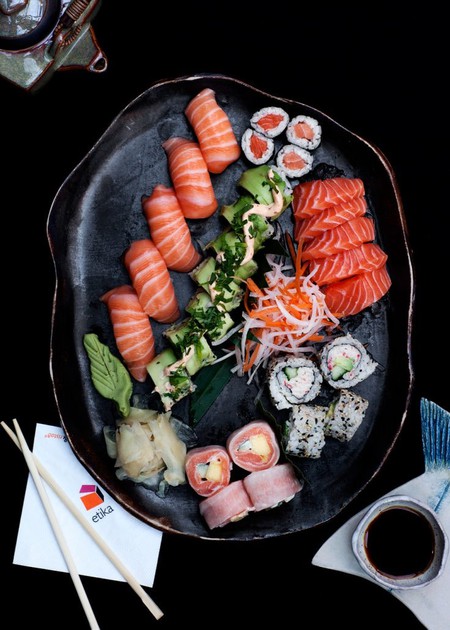 “The sushi we serve at Etika is similar to Japanese cuisine, but with a completely different ingredient,” Dhabolkar tells Culture Trip. “The cold climate in the Faroe Islands is perfect for preserving the raw items of sushi, making sure there’s no bacteria. Everything is completely fresh. The people that catch the fish are highly skilled too.”

The fish at Etika is exclusively from the Faroe Islands, which seems only natural. Why bother with importing fish from elsewhere when the local fish is already world-class? “We have pure water which we don’t need to filter. I think it’s one of the cleanest places in Europe, there’s just no pollution,” he says.

There are several health dangers from eating fish from polluted waters, even if the levels of pollution are ever so slight, but that is not an issue that ever crosses the chef’s mind in this pristine, sea-locked country. 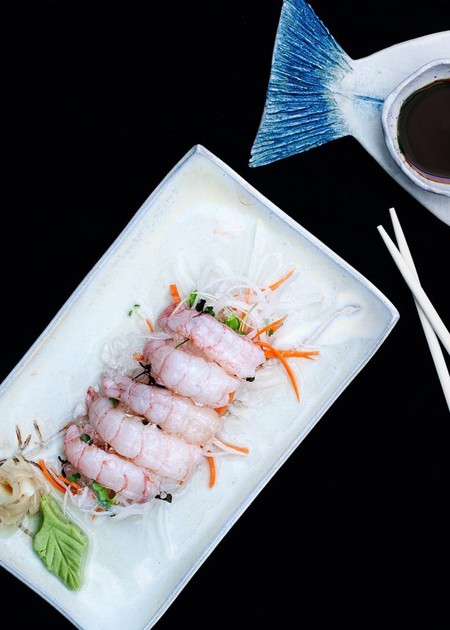 Not only is the stellar quality of the fish of vital importance to Etika, but also the aesthetic lure of its assemblage on the plate. “It’s very artistic what we do at Etika, everything is garnished with attraction.”

The chef is particularly proud of his crab, which is actually very filling in this restaurant despite what you might expect. “We sculpt the crab by its legs into an artistic masterpiece, which the customers love.” Whatever you order, you’ll be impressed with the design and the impeccable attention to detail. 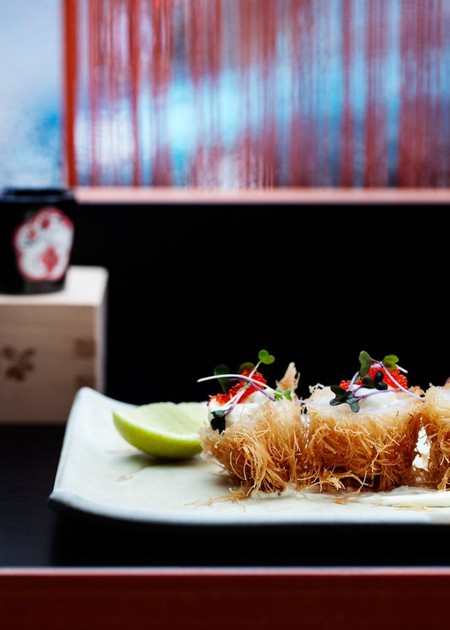 With every dish that arrives, there’s the awe-inspiring draw of breath as expectations (largely associated with the Japanese world of sushi) are completely upturned. “The reaction is important for us in the kitchen, we like to inspire the customers.”

Etika likes to put their own spin on expectations and cite their Ebi avacodo, deep fried scallops, and caterpillar roll as local favorites, orders which demonstrate that gastronomy can be a continuous spectacle of reinvention. 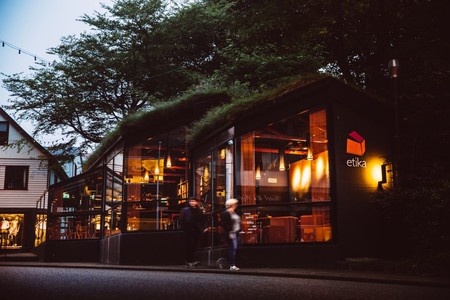 There is a patriotic emphasis on local food sourcing, which even comes down to the decorative use of locally sourced flowers. “Even the flowers I use to decorate the dishes are edible, grown locally in the Faroe Islands,” he says. In this sense, the sushi in the Faroes is a lot wider in scope compared to traditional forms, unafraid to embrace new associations. 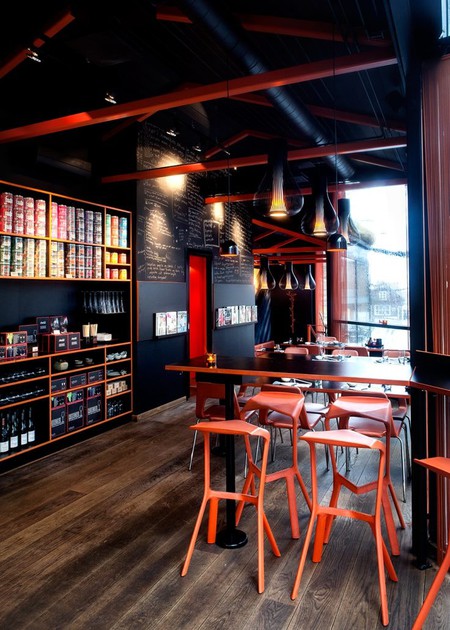 Of course, sushi is a relatively new approach that has been adopted by the Faroe Islands. This is reflected in the fact that there is only one sushi house in operation.

There are other restaurants offering a more traditional glimpse into the world-class quality of their fish. For example, Barbara Fishhouse is located in a cute house cut into the rocks. 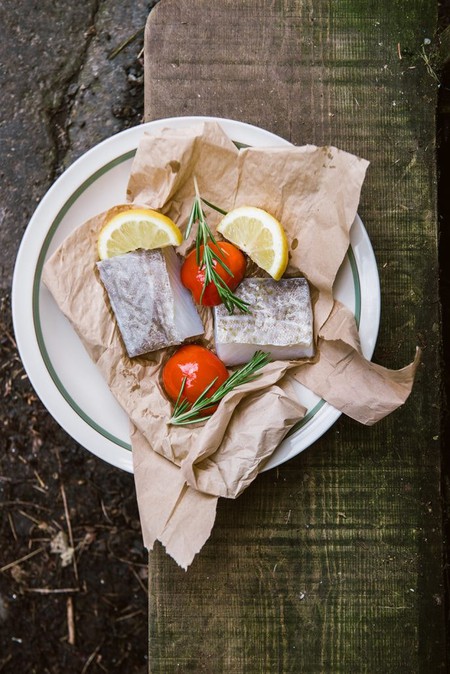 The fish they serve is wholesome and filling, aligned more traditionally on the plate, but still with a freshness that floods the mouth. The cuisine they serve, in authentically quaint Faroe fish-house surrounds, also gives a nod to the ancient Nordic technique of ‘wind-drying fish’ – hanging them out over cliffs to dry. 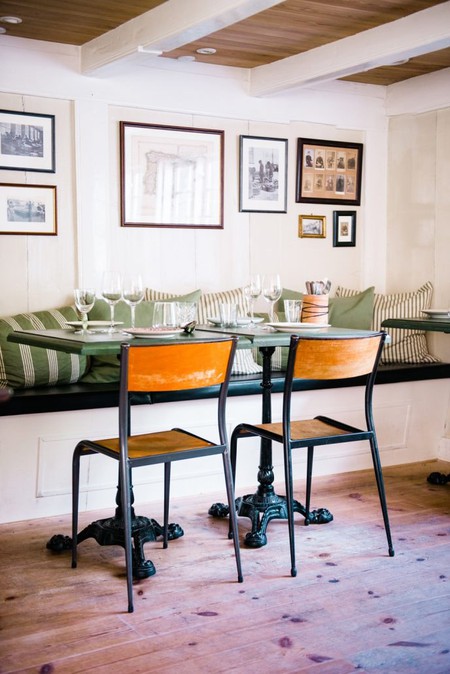 The incredibly blustery weather that lingers over the island for most of the year means that the fish at Barbara Fish House is particularly well-dressed for devouring by the time it finally reaches the plate. 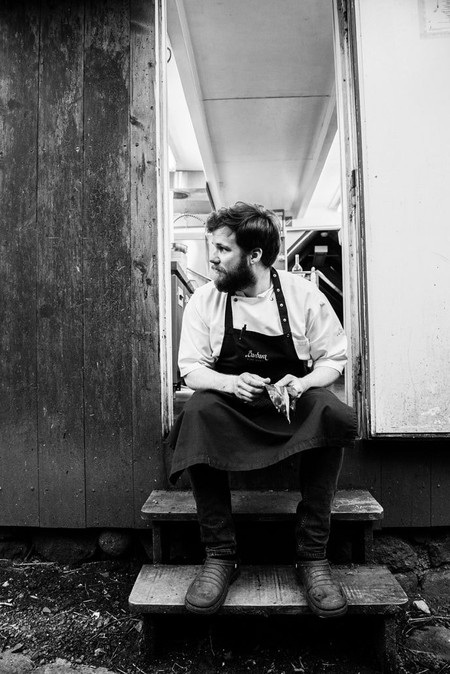 If you’re visiting Tórshavn for the first time to dine at Etika or Barbara Fishhouse, then we’d highly recommend you staying at Hotel Foroyar. This gorgeous four-star hotel is tucked away on top of the hill in Tórshavn, with the rolling hills, quaint fishing harbour, and atmospheric fog lending the venue a mystical feel.

As you’ll notice, the roof is curiously lined with grass, a typical stylistic trait of the Faroe Islands that makes their architecture look simply adorable. And what’s great is that the rugged local landscape you can see from the window offers an enticing excuse to head for a hike whatever the weather. 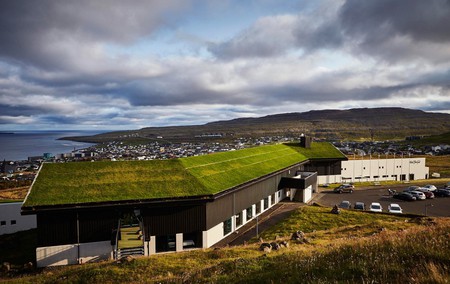