An Ancient Language and a Flowering Culture

The Faroe Islands are a small group of 18 islands about halfway between Iceland and Scotland. Settled first by Irish monks in the sixth century, they were replaced by Vikings in the seventh century and then by Norwegians bringing Christianity at the end of the ninth century. The islands have been under Danish control since 1388. Due to their isolation the islands have developed and maintained a rich Scandinavian culture that stretches back to medieval days. 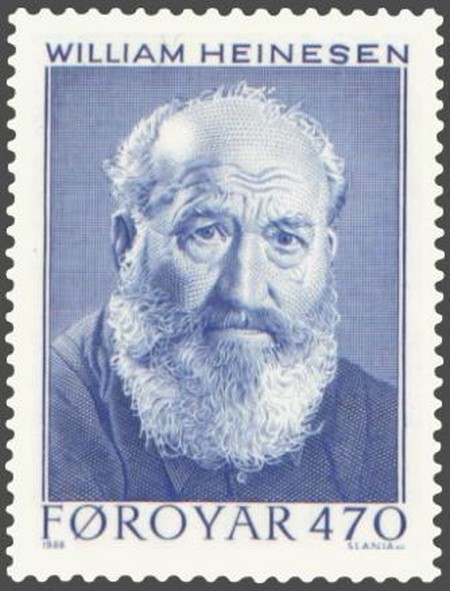 Stamp of the Faroe Islands/WikiCommons

Until remarkably recently, all poems, songs and folklore were handed down orally in the Faroe Islands. The language of Faroese is, with Icelandic, one of only two languages derived from Old Norse still spoken today. It is an archaic and complex language that was spoken by the Vikings and had no written form until the 19th century. Faroese managed to survive amongst the rural population and in 1948, it became the Islands’ official language, replacing Danish.
The relatively new development of a written language, combined with geographical remoteness, has meant that Faroese culture can be effectively separated into two currents; a medieval Nordic tradition that has survived the centuries better than in any other Scandinavian country, and a fresh and new arts scene that has grown from infancy over just the last hundred years.
The Faroe Islands’ important place in Norse culture is recorded in the great tradition of the Sagas. In the Færeyinga Saga, written about 1200 in Iceland, the story is told of the Islands’ conversion to Christianity and accession to the Kingdom of Norway. Ballads about heroes, legends and myths remain a prominent part of Faroese culture even today, in the traditional chain dances which still take place in the capital of Tórshavn. These ballads, never written down, have been communicated between the generations unbroken for hundreds of years.
It was not until the beginning of the twentieth century that art and literature began to flourish. The work of William Heinesen, born 1900, is considered to be the birth of the Faroese novel. His writing focuses on the capital of Tórshavn and is inspired by the desolate beauty of the Islands. Although Faroese was his spoken language and he was fiercely patriotic, he was raised when Danish was still the official language taught in schools and he wrote mostly in Danish. When it was rumoured that he was about to receive the Nobel Prize for Literature in 1981, he wrote to the Swedish Academy to renounce his candidacy as he felt that the prize should not go to a Faroese author who wrote in Danish instead of his own native tongue. All his books have since been translated into Faroese and the lslands’ literary tradition continues to grow.
By Martin Anderson