Why Estonia is the Perfect Autumn Destination 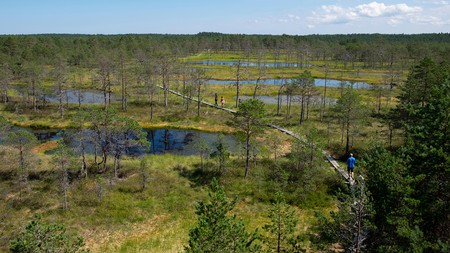 Situated in Northern Europe, Estonia has become a popular holiday destination thanks to its historical landmarks, dense forests and ancient cities. Cosy winter markets and endless summer days might suggest you book a trip during typical periods of seasonal travel, but here’s why an autumn trip might just be the best option right now.

How to Explore Estonia

Getting to Estonia is surprisingly quick and easy. Tallinn, the capital, is just over two hours away from London by plane. Many trips into the country are also made by ferry, not least from the Finnish capital Helsinki. The two countries share a similar, but not identical, language and there are also many cultural links that have travelled across the Gulf of Finland too. Estonia also shares land borders with Latvia and Russia and its relatively easy to get to both countries. You can even catch a train from Tallinn to Saint Petersburg or Moscow if you have enough time, although it’s worth checking what sort of travel restrictions are in place before planning this part of your trip.

Geographically speaking, Estonia is a Baltic country but thanks to its proximity to Finland and previous Germanic rulers, the independent nature of the people here has led to a more Nordic culture prevailing today. The east of the country certainly does have a more Russian feel to it when compared to Tallinn, however towns like Tartu and Parnu are well worth checking out if you want to see a different side to Estonia. All of these destinations can be visited as part of a road trip if you’re keen to get in a car and head off on a scenic journey, with the dense forests bursting into vibrant colours in autumn. The roads are safe, and driving along the major routes through the country is easy. 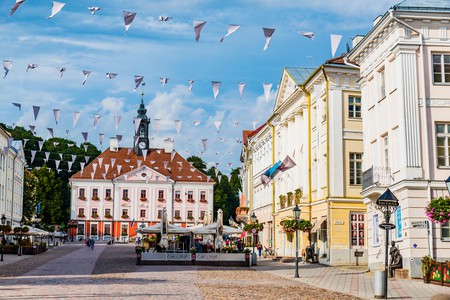 Most trips to Estonia begin and end in the capital of Tallinn, and that’s where we’ll start our own journey too.

Things to do in Tallinn

Cinephiles will recognise Tallinn from its recent starring role in Christopher Nolan’s blockbuster Tenet (2020). The coastal city has always been a popular destination even before Hollywood came calling. In summer it can get a little crowded with tourists from Finland coming in on day trips, as well as other international visitors flocking to areas like the picturesque Old Town and Soviet-era landmarks like Hotel Viru. Christmas markets pop up towards the end of the year, but if you’re after a relaxing stay without too many people congregating in the best spots, book a trip in the autumn. At this time, the weather is still decent, you will find space on all the best viewing platforms and many of the major attractions can be reached by walking.

New districts like Telliskivi boast innovative businesses that will feel on trend even when compared to the most forward-thinking creative hubs in other parts of Europe. Other areas have seen dramatic investment turning previously rundown parts of the city into areas of fast growth. Noblessner Seafront Quarter has a series of modern apartments overlooking former Soviet submarine factories. Today you’ll find Kai Art Center and a fun indoor VR attraction called PROTO Invention Factory turning this part of Tallinn into a great place to spend a few hours. 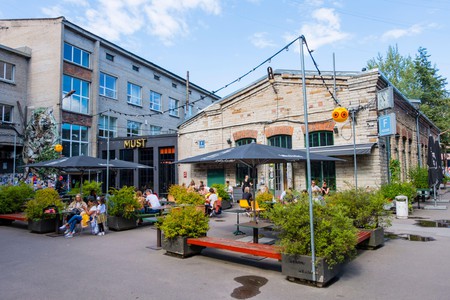 Across the other side of town, but crucially still within easy walking distance from the centre, is Kadroig Park. You can take a stroll along the promenade overlooking the Baltic and then take in the fascinating Estonian History Museum to understand a little bit more about how different rulers have influenced modern Tallinn. There’s no escaping the Soviet-era when looking around with many buildings still having that inescapable aura of post WWII architecture. Take a trip to the top of the well-known Hotel Viru for a great view of the city and a glimpse at what life was like under the USSR.

One of the best things to do, and ultimately the best reason we can think of to visit Estonia in the autumn, is bog walking. This curiously Estonian pastime makes use of the vast swathes of forests and open peat marches – also known as wetlands – to create an exhilarating experience that is a must for all nature enthusiasts.

Estonians already make great use of the resources around them – and you’ll often find families out in the forests looking for mushrooms and berries to eat or just enjoying the abundance of wildlife – with most popular forests having miles of wooden walkways that let you safely navigate your way through the trees. If you want to try something different, then find yourself a guide, strap yourself into a pair of large bog shoes and head into marshes. Walking on the consistently shifting ground is a bizarre experience with some portions of the journey making it look like you are walking on water. The further you go, however, the more you realise how wild most of the country actually is. 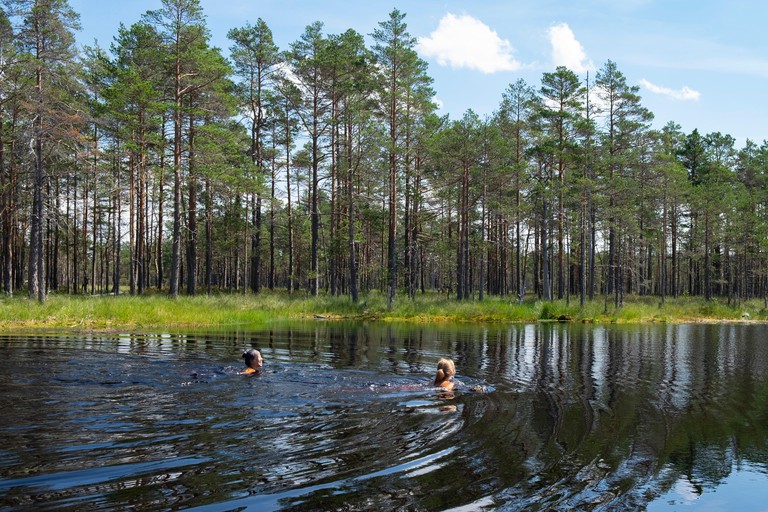 Viru Bog is one of the most accessible bogs in Estonia and passes through the pine forests of Lahemaa National Park. The trail is 3.5km (2.2mi) and the lap is 6km (3.7mi) long. The forests are a great place to visit at any time of year, but there’s something magical about the autumnal colours in the trees and on the ground. The fresh waters are also just warm enough for swimming in before the cold of winter freezes most of the ponds and smaller lakes. It’s an hour’s drive to the starting point of the official trail from Tallinn, so it’s perfect for a day trip visit from the capital.

It’s worth noting that Estonia has wolves, bears, wild boars and snakes in different parts of the country, but you are in safe hands if you go with an expert. Your guide will also help when picking mushrooms and berries if you’re feeling peckish, as you really do need to know what you’re eating here.

Aside from an insistence that Estonia is a Nordic country, the other thing locals will always tell you is that there are exactly 2,222 islands off the mainland. That romantically convenient total is, shall we say, “questionable”, but what isn’t in doubt is the wide variety of great escapes that can be had once you venture off shore in Estonia.

If you’re after a holiday and want to copy what Estonians do for leisure, then head to one of the bigger islands and take a full spa break. Saaremaa is the most popular spot, with many locals – and thrifty Finns – heading here for cheap treatments and luxurious stays. You’ll find most islands still easily accessible in autumn and the larger ones are also connected by bridges as well as ferries that can carry motor vehicles. 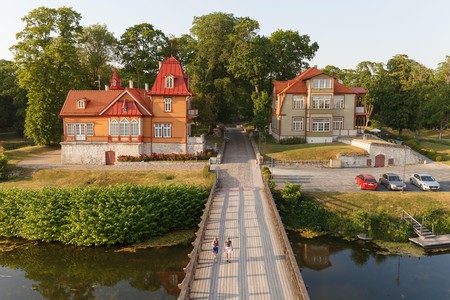 Saaremaa island, one of the alleged 2,222 Estonian islands, is a popular destination for luxurious stays | © Yegorovnick / Alamy Stock Photo

Places to Stay in Estonia

The key to enjoying the best of Estonia as a tourist is to pick the best place to stay to compliment your visit. We’ve picked out some of our favourites which should have you covered, whether you want a relaxing island spa break or a spot in the heart of Tallinn. 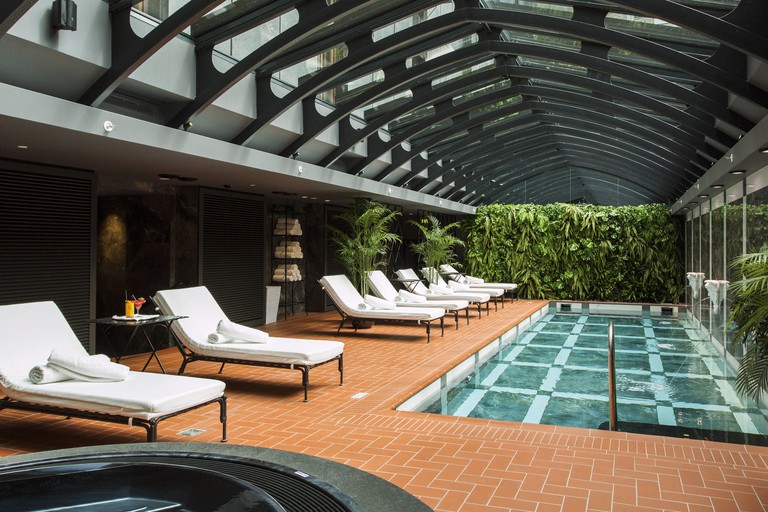 Courtesy of Hotel Telegraaf / Expedia
Built in 1878, the Telegraaf has unrivalled spa facilities in Tallinn’s old town, making it a top choice for the wellness crowd, though an idyllic central location ticks the usual heart-of-the-action boxes, too. The name alludes to the building’s former role as a post office and today’s modern annexe is discreetly fused to the original, but their respective rooms retain a distinct character and feel. Spa treatments and amenities include a sauna, steam baths, massages and a 10m (33ft) swimming pool beneath a skylight roof. 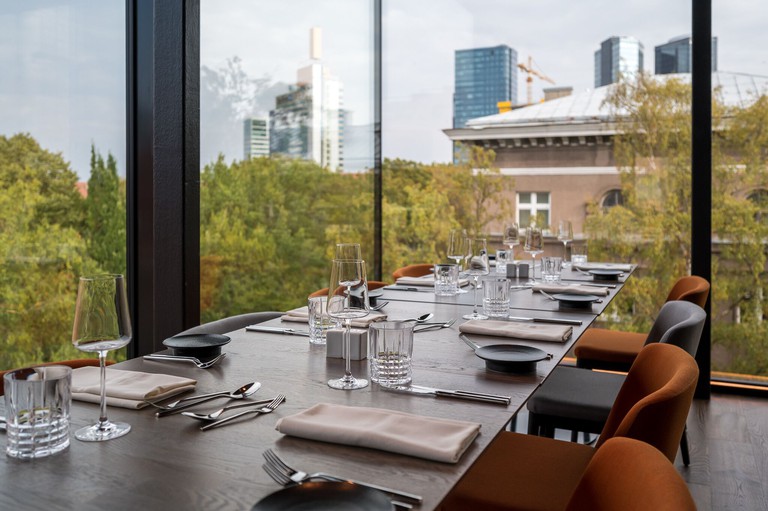 When looking over Tallinn from the loftier reaches of the Old Town, you can’t help but notice the modern cluster of high-rises that are located in the centre of the city. Thankfully at closer range, these buildings are not the eyesores they initially appear to be and in fact compliment some of the more austere Soviet era architecture that many people still live in. Hotel L’Embitu is a great example of a modern property in this downtown area that blends into its surroundings while offering a great place to stay. Make sure you head up to the ROOF restaurant which serves a great breakfast and remarkable sunrise views. 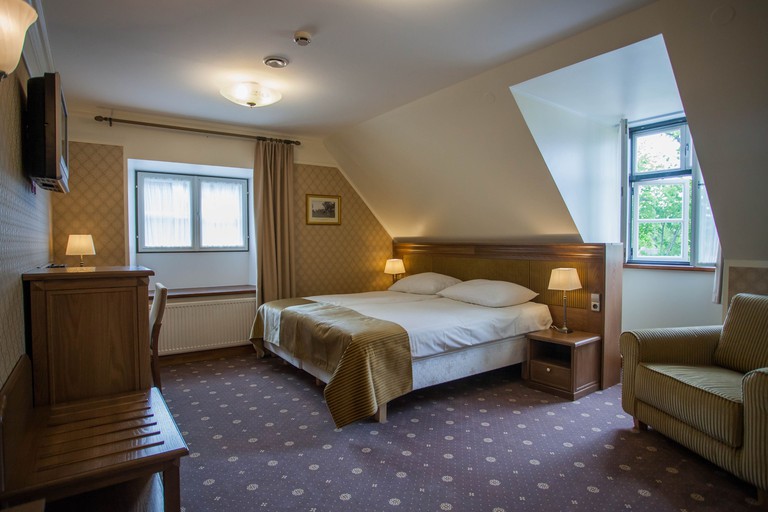 Adopting the historic name for Kuressaare town on Saaremaa Island, the Arensburg appeals to the well-travelled wellness crowd. The converted 300-year-old manor house plus modern annexe mixes old-world charm and uncluttered swanky rooms. An array of treatments utilise the famed island mud, juniper oil and organic hay, plus there are the usual saunas, jacuzzi and pool. Against such virtuous cleansing must be set the decadent cigar room. 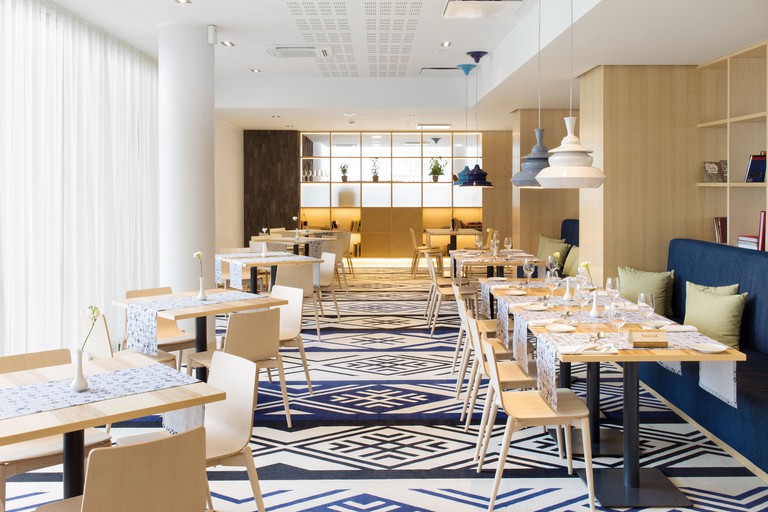 The Estonia injects a bit of style into this long-favoured stretch of the Baltic coast at Pärnu and, though popular with families, is ideal for couples. Rooms and suites are distinguished more by size than style – all feature sensible uncluttered Scandi-like decor and have unlimited access to the adjoining spa and sauna complex. There’s a smorgasbord of therapeutics including nine saunas, an ultra-saline Dead Sea pool, herbal baths in two-person barrels, along with spa treatments ranging from hemp oil massage to magnesium and “home beer” baths. 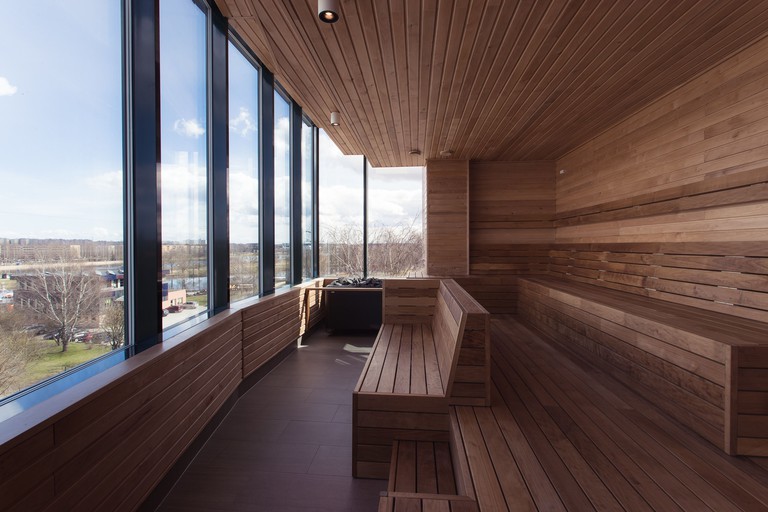 Built in 1964, this hotel still bears a hint of 1960s decor but with a modern Baltic twist – rather than eye-popping murals and staff with beflowered hair, you get restrained swirly wallpaper, cocktail chairs and rose petals strewn across your bed (actually, that’s an extra paid-for service). Few sauna centres in town have fifth-floor views, but this one, along with its jacuzzi and two hot tubs, overlooks the Emajõgi River. 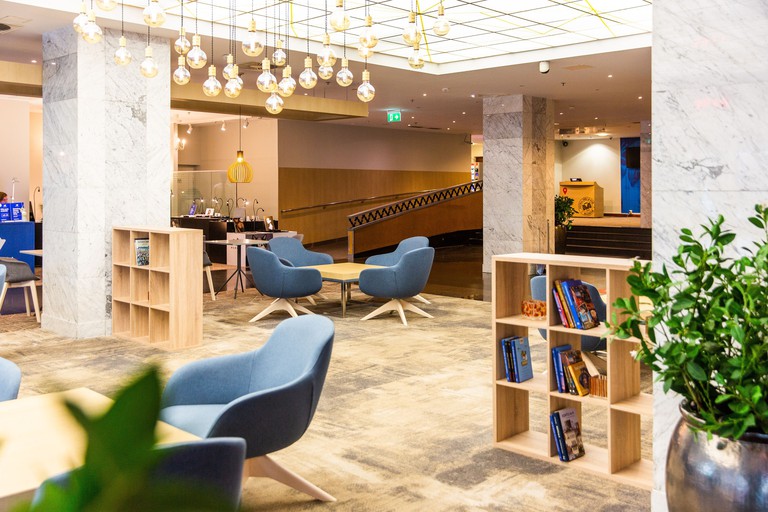 This functional 1972 high-rise put up by the Soviets beside Tammsaare Park is a bit of a behemoth with conference rooms, restaurants and a shopping centre. On the 23rd floor lies the KGB Museum, originally a spying hub to monitor guests – particularly foreign guests – exemplifies communism’s sinister surveillance state. These days you can trust the one-way mirrors in the snazzy rooms and suites, some of which incorporate the success stories of acclaimed Estonians into their quirky playful decor.