With narrow cobbled alleys, tall spires, and beautiful Hanseatic architecture, it’s no wonder that Tallinn’s Old Town is a UNESCO World Heritage site. It concentrates many of the Estonian capital’s bars and cafés, making it a vibrant and active area, a mixture of local and touristic life. All this means that there’s plenty to see and do but that it can be hard to choose. 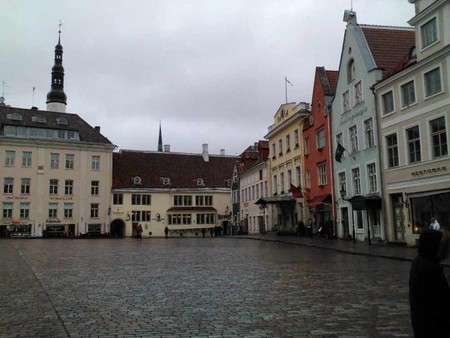 Raekoja Plats, or Town Hall Square in English, has been the heart of the Old Town for almost a millennium. Unsurprisingly, this is where visitors will find the Town Hall, a Gothic building with a tall spire dominating the square. The spire’s vane, depicting a soldier, is known as ‘Old Thomas’ and is one of the most important symbols of the city. Life bustles around this impressive building, with cafés and restaurants taking over the square as soon as the weather allows it, alongside occasional festivals and outdoor markets. 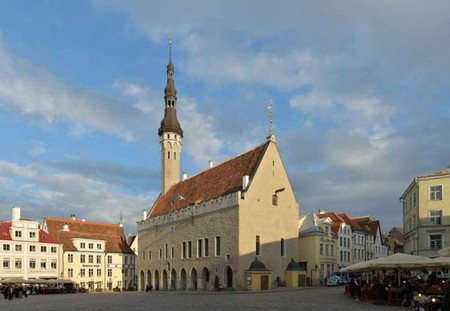 The Old Town is divided into two parts: the lower town and Toompea Hill. Most of the important and famous monuments are on Toompea Hill. This is the case for the Saint Alexander Nevsky Cathedral, a richly decorated Orthodox cathedral whose bright colors and distinct architectural style create a sharp contrast with the rest of the Old Town. It’s worth admiring even just from the outside but try to catch a glimpse of the richly decorated interior for its icons and mosaics. The cathedral also possesses Tallinn’s largest bells, which ring before every service.

Admire the views from Toompea Hill

Toompea Hill is at the heart of Estonian history and legend but as far as we’re concerned one thing’s for sure: no visitor should leave Tallinn without making the climb from the lower Old Town. There, Tallinn’s most beautiful 18th- and 19th-century buildings overlook the rest, making for breath-taking panoramas stretching as far back as the sea. In particular, Toompea Castle, whose walls seem to be an extension of the hill, makes for an impressive sight from any angle. There are also viewing platforms here and there, from which visitors can admire the views and take pictures. 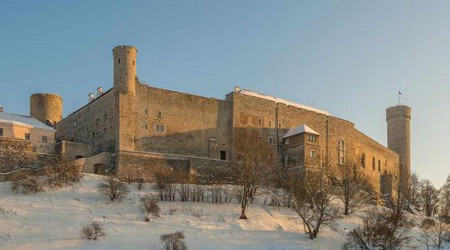 Legend says that in 1219, at the location of this lovely garden, as the Danes were losing a battle, the heavens gave them their flag and the battle then turned in their favor. And that is how Denmark got its flag. Whatever the truth about this story—we suspect a flagmaker’s involved, not God—it makes for a charming anecdote about one of the Old Town’s most quiet, secluded corners. The park itself is popular with locals as a place to hang out, with its benches and grassy areas. It’s bordered by the old town walls on one side and a panorama of Old Town rooftops on the other. All in all, it’s a charming place to relax in after or during a long day of sightseeing.

Cathedral of Saint Mary the Virgin

Located on Toompea Hill, continental Estonia’s oldest church was established in the 13th century but has undergone so many modifications throughout the centuries that it is now an intriguing blend of architectural styles. Indeed, it was consecrated in 1240, enlarged in the 14th century, partly rebuilt after a fire in the late 17th century and given a Baroque spire in the 18th century. The interior is just as eclectic. From that Baroque 69-meter spire visitors can admire Toompea Hill and the Old Town, especially the Orthodox cathedral.

The tallest building in Europe between 1549 and 1625, Saint Olaf’s Church is one of Tallinn’s most recognizable landmarks thanks to its tall spire dominating the rest of the city (it’s even been struck by lighting about ten times). Legend says it was built by a mysterious craftsman who promised to work for free if the townspeople could guess his name—Olev. Charming though this story may be, the truth is that the church was named after the canonized the Norwegian king Olav II Haraldsson. Saint Olaf’s Church was probably built in the 12th century but it was extensively rebuilt in the 14th century and the current interior is typically 18th-century.

Now a museum, this six-story artillery tower was built in the late 15th century. Its odd name has fluctuated over the years but the current one, from the 17th century, is Low German for ‘peek into the kitchen’, possibly meaning that from the tower’s 38 meters it was possible to everything down below, including the surrounding house’s kitchens. It actually played an important role in wars and has the ‘scars’ to prove it: nine cannonballs from 1577 are still embedded in its walls. The museum it houses today explores the building’s history, as well as that of the surrounding tunnels through a multimedia exhibition.

The 13th-century St. Nicholas’ Church now houses a branch of the Art Museum of Estonia. It features an enticing collection of medieval religious art, including Renaissance altars and chandeliers. It is also known for its excellent acoustics—there are organ concerts every Saturday and Sunday. But, more importantly, the church is also home to one of Tallinn’s most famous works of art, a large fragment of Bernt Notke’s masterpiece Danse Macabre. The whole artwork used to be found in St Mary’s Church in Lubeck but it was unfortunately destroyed during World War II, and even then it was only a copy of the original, also destroyed. Though the origin of the Tallinn fragment is unclear, it’s the last remaining copy of this masterpiece so don’t miss it.

Tallinn has beautiful architecture and culture but it’s also an active city with many bars and clubs. Most of the nightlife is concentrated in the Old Town, though the district of Kalamaja is gaining traction. For a city of its size, Tallinn has a lot to offer in terms of going out. Good bars include Labor, where drinks are served in test tubes and beakers, and trendy Red Emperor, but there are many, so don’t hesitate to explore. For clubbing, there’s everything from mainstream to underground. Check out, for instance, the iconic Club Studio.

The Old Town is full of great restaurants for all budgets—why not take advantage of a visit to discover Estonian cuisine? The popular Kuldse Notsu, or Golden Piglet in English, offers typical Estonian fare like homemade cheese and honey beer in a rustic setting. There’s also medieval Baltic cuisine at Olde Hansa and Kolmas Draakon, which both cook all their dishes according to historical recipes. Meat is a big part of Estonian cuisine but fortunately for vegetarians and vegans, the excellent Vegan Restoran V offers vegan contemporary Baltic cuisine.