Tallinn Music Week 2021: A Cultural Showcase of a Tantalising City 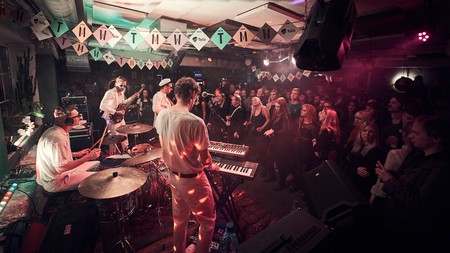 “Culture is the glue that binds us, but it is also a driver of economy.”

These are the words of Helen Sildna, founder of Tallinn Music Week – the premier music and city culture festival in Estonia – and here tonight to inaugurate the six-months-overdue 2021 edition.

Her speech is a captivating tribute to the positively powerful impact culture has on society, particularly at a time when a force for good is needed most. It precedes a very special guest appearance, and the grand piano to the right of Sildna suggests the stage is more likely to be set for a national music icon – not an international head of state.

Yet here is Kersti Kaljulaid, President of Estonia, making her entrance to deliver a heartfelt speech at the opening ceremony of Tallinn Music Week (TMW) 2021.

“Surely you’ve felt that feeling, when you’re walking home after hearing a piece of music or seeing a play that touches on an important topic in society – you somehow feel that you’re better, more idealistic, full of the desire to go help and get something done? I believe we’ve all felt it. And it counts. That is why it is so important that culture reaches many people in the whole of society. That is what Tallinn Music Week is for.” 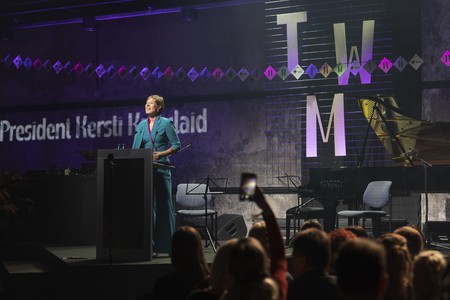 Her words warmly set the tone for four nights of eclectic live music performed by 177 artists from 21 countries at a long list of showcase venues across the city.

Unsurprisingly, Estonian artists make up the bulk of talent on show: from the sweet soul and raw street funk of six-piece outfit Lexsoul Dancemachine, creating an infectious Thursday night vibe on the Funk Embassy Stage, to the bluesy rock ‘n’ roll of local lads Bourbon Sugar and Alabama Watchdog – riffing the roof off the KinoMaja Stage on Friday night. 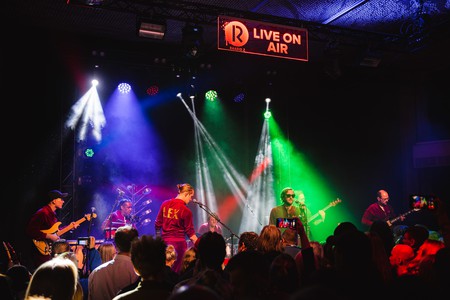 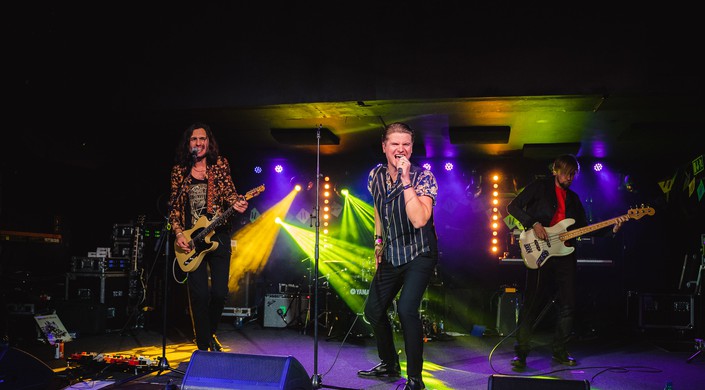 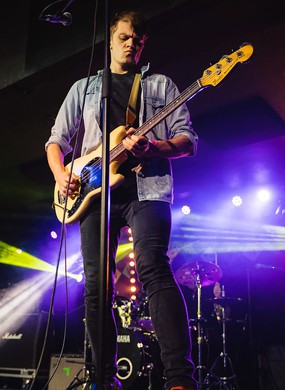 There is an accomplished performance by avant-pop auteur Mart Avi in the upstairs room of Winkel, hosting Saturday night’s Üle Heli and Skaņu Mežs Night (both Baltic festivals in their own right). His extrovert dance moves are certainly hard to take your eyes off – and beat-match perfectly with visuals of 1940s Black Hollywood and Samurai movies, and an unpredictable but tightly composed set of future pop.

Among the acts batting for the rest of the world are the USA’s noise-rock trio A Place to Bury Strangers and Iceland’s BDSM-clad techno-dystopian trio Hatari – who made headlines for waving Palestinian flags at the Tel Aviv-hosted 2019 Eurovision Song Contest in which they finished in 10th place. On Friday night, both deliver their own brands of live performance art to a packed Station Narva Stage at the Creative Hub – an industrial boiler house turned very cool events centre, now hosting regular concerts, exhibitions and workshops. 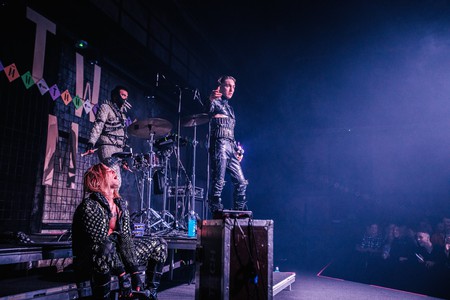 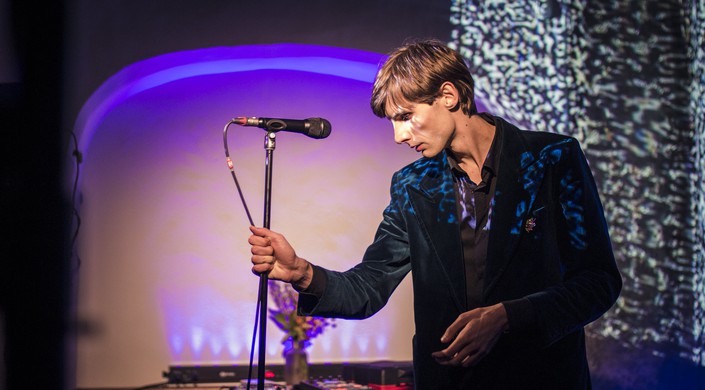 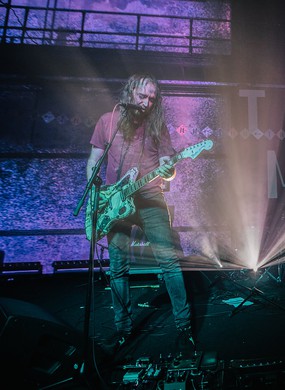 It’s not just the music that makes TMW a festival worth going to, however. From Thursday to Sunday, the Estonian Contemporary Art Development Center (ECADC) hosts collections from several Tallinn art galleries. And over in the Telliskivi Creative City – the cultural heartbeat of Tallinn and where many of the night stages are clustered – a record fair takes over for the afternoon on Saturday, with stacks of new and second-hand vinyl drawing collectors in like moths to the flame. 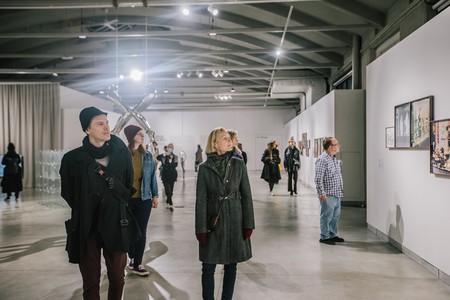 There are conference events too, all planned as part of a wider effort to promote arts as an engine for economic growth and educate people on the power of music. Saturday’s Rave of the Neurons conference, hosted by ​​sports biologist Kristjan Port, for instance, unpacks how neuroscience explains our insatiable urge to dance. While on Friday morning at the Nordic Hotel Forum, a panel of culture and tourism experts scrutinise what it takes for a place to brand itself as successfully as Tallinn. 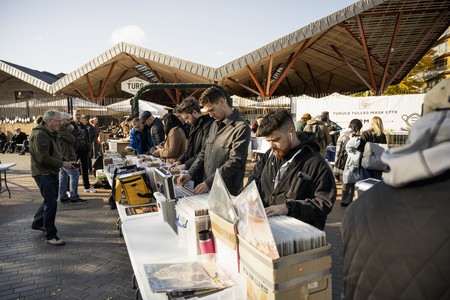 It’s true – even after the pandemic – that Tallinn holds a certain allure that other northern European cities do not. And that is achieved through consistently effective promotion of its culture; be it music, art, food or the near-perfectly preserved Old Town which you could easily spend a whole day exploring no matter when you visit.

But Estonia is not simply a lesson in the art of branding to other tourism boards; there’s a certain synergy between culture and politics here, which every nation can learn from as it embarks on the road to post-pandemic recovery. 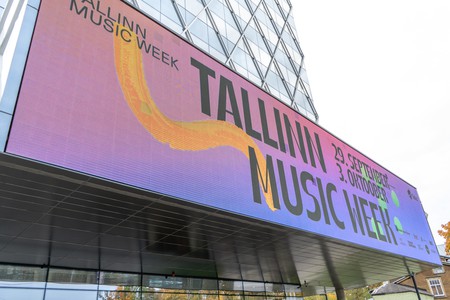 The mere presence of President Kaljulaid on the opening night of TMW is a revelation in itself. Think about it: Joe Biden warming up the crowd for Coachella? Unlikely. Boris Johnson pacing the Pyramid stage at Glastonbury holding the ears of thousands? Not in a million parallel universes.

Things are different here. Culture is clearly recognised as the ultimate force for good – by ordinary citizens and powerful politicians alike – and festivals are the perfect engine for that, no matter which side of the political spectrum you’re on. In the president’s own words, “Culture is politics. Slow, but effective. The world will start turning again. At first slowly, then faster. But it is up to us to make it so that this slowing down will give rise to as much good as possible.”

And who can argue with that?

Feeling inspired? If you’re planning a trip to Tallinn, check out our top recommendations on different things to do around town, some of the best bars to catch live music, and our pick of the best restaurants when for you need to refuel. And if you need a place to stay, we’ve got a list for that too.