Mysteries of the Kaali Meteorite Crater Field in Estonia

Located on Estonia‘s largest island — Saaremaa — visitors will find the site of a large meteorite that hit the Earth 7,500 to 7,600 years ago. This huge meteorite broke apart while coming through the Earth’s atmosphere, yet massive chunks remained and crashed into Saaremaa Island with the force of a bomb.

At that time, Saaremaa Island was populated, so it is very likely that the falling meteorites killed some of the inhabitants and certainly damaged the environment. While devastating at the time, visitors can imagine just how forceful these meteorite impacts were by visiting the Kaali Meteorite Crater Field today. Nine large craters are currently visible in the center of Saaremaa Island, and the largest crater — known as the Kaali Crater — is 110 meters across and 22 meters deep. The Kaali Crater is filled with murky water and is surrounded by trees. There are also eight other, smaller craters that can be seen nearby.

Even more mysterious than these lasting imprints, Estonian archaeologists have unearthed a stone wall that surrounded the Kaali Crater, as well as animal remains that point to the site being used for sacrifices. Some of these remains date back to the 1600s, which is long after sacrifices were the norm in Estonian society. The Catholic church had even banned these sacrifices, so certainly the practitioners had a strong belief in the effects of sacrifices at the crater. Future archaeological studies may even uncover more information about these practices, particularly at the depths of the crater, which haven’t yet been studied. 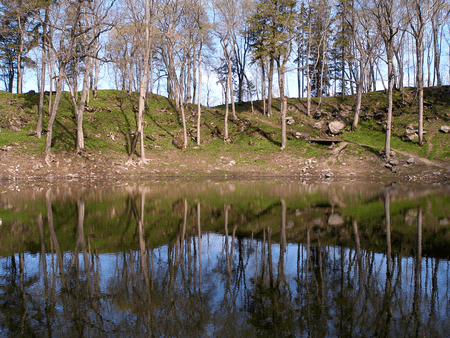 Those who visit the Kaali Meteorite Crater Field will also find the Kaali Crater Museum of Meteoritics and Limestone, which tells the story of the impact as well as displays pieces of the meteorites. Near the museum, there is also a small guest house for those interested in staying in close proximity to the mysterious craters at night.