A Story of Defiance: A Brief History of the Singing Revolution 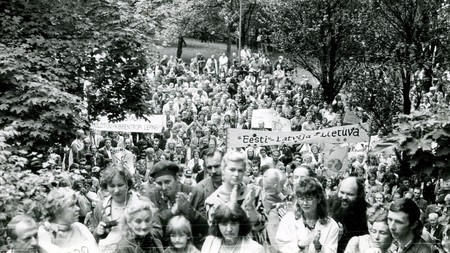 Estonia’s independence movement, also known as the Singing Revolution, took place between 1987 and 1991 and was a defining time for Estonia’s future. After over 60 years spent under the Soviet regime, people finally stood up and started peacefully fighting for their freedom and rights. Patriotic Estonians risked their lives to show the world that Estonia never belonged to the Soviet Union, and they succeeded – on August 20, 1991, Estonia restored independence.

The censorship was extremely strict in the Soviet Union, and any signs of independent and patriotic thinking were punished. However, starting in 1987, the Soviet Union, with all its weapons and power, could not control Estonians’ desire for freedom anymore. Estonians started gathering in public places, singing national songs and hymns. These spontaneous gatherings eventually grew bigger, until 300,000 Estonians joined their spirits in Tallinn and openly expressed their intention to become a free nation through national songs. 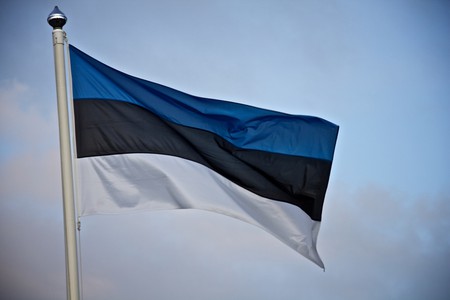 On May 14, 1988, during the Tartu Pop Music Festival, the singing of patriotic songs became a tradition. Five patriotic songs were sung in Tartu that day, and people linked their hands together in the hope of a free tomorrow.

As time went by, more and more people started composing patriotic songs, which were the best way to spread hope. Alo Mattiisen, one of the pioneers of Estonia’s independence movement, composed various patriotic songs, which Estonians still sing until this day. Alo died in 1996 and was given a Culture Award of Republic of Estonia for all his work during the independence movement. 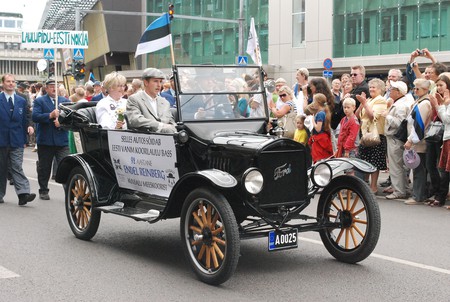 On August 23, 1989, two million people from Estonia, Lithuania, and Latvia joined their hands and formed a 675.5-kilometer-long (419.7 mi) chain of humans across all Baltic States to protest against the Soviet regime. This peaceful event also symbolized the unity of all Baltic States, which shared the same desire – to regain their legal independence. The Baltic Way was a clear sign that the Soviet Union had no more power to suppress Baltic states, and it was only a matter of time when Estonia, Latvia, and Lithuania became independent again. Today, August 23 is an official remembrance day in Baltic countries. 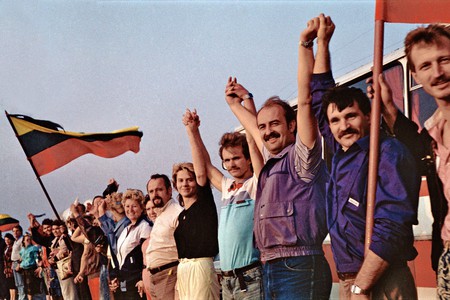 The declaration of independence

On August 20, 1991, Estonia officially restored independence after different political parties reached an agreement. However, the Soviet Union did not want to let Estonia go that easily. The morning after the pact was signed, Soviet troops tried to seize Tallinn TV Tower and some radio stations. However, unarmed Estonian civilians went into the streets and protected those essential buildings with their bodies. Soviet troops had to forfeit their idea of taking back Estonia by force. On August 22, 1991, Iceland became the first country to officially recognize Estonia’s independence.