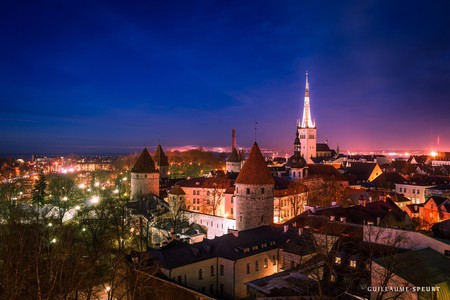 Tallinn is a hidden gem of Europe so make sure to visit before it gets overcrowded by tourists. There are plenty of wonderful attractions to choose from so everyone from history buffs to sports lovers and artists can find something to fall in love with in the Estonian capital.

The Russalka Memorial is one of the most iconic places in Tallinn. This monument was built in 1902 by Amandus Adamson to honor the people who died in 1893 when Russian warship Rusalka (Mermaid) sank on its way to Finland. 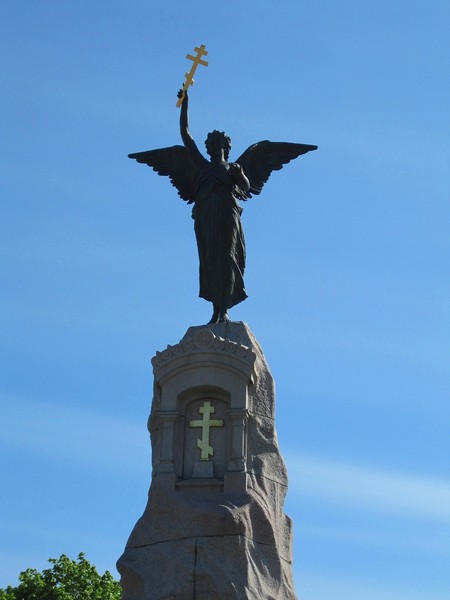 Freedom Square is a very important historic place in Tallinn. This plaza was known as Victory Square during the Soviet era and it hosted all the military parades which celebrated holidays like Victory Day and October Revolution. 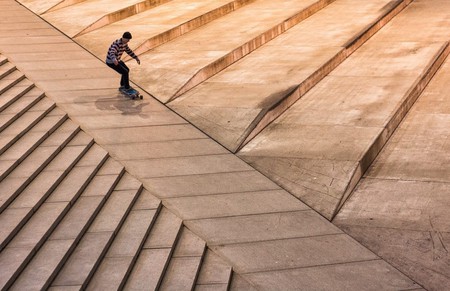 Kadriorg Park is one of the biggest and most beautiful parks in Europe. If you want to relax surrounded by nature, you should look no further than here. 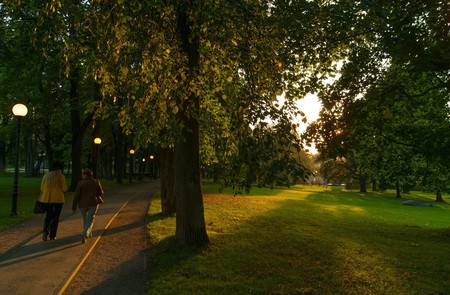 Tallinn Zoo is a great place to see animals from all over the world in one place. It is the biggest zoo in Estonia, housing more than 13,000 animals, and is perfect for all ages. 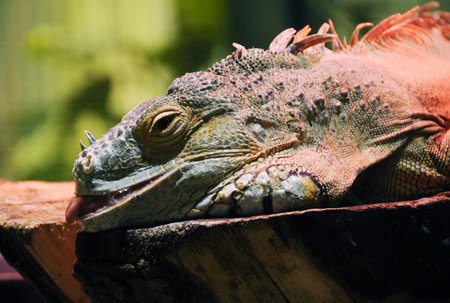 Tallinn’s Town Hall Square was always the most important part of Tallinn as it has served as a marketplace since the 11th-century. If you are a sucker for Christmas, you must visit the Christmas market which starts late in November. 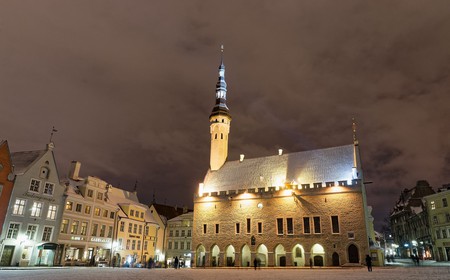 Toompea Hill is the ultimate spot in Tallinn to take amazing photos and enjoy wonderful views of Tallinn Old Town. It is probably the most popular place among tourists, so make sure to add it to your list as well.

Oleviste Church was built in 1250 and was the tallest building in Europe during the Middle Ages. You must visit if you want to see a true architectural masterpiece. Also, you can go inside of the church as it is still actively used for masses and other ceremonies.

Your trip to Tallinn is not complete until you walk around cobblestone streets of Tallinn Old Town and enjoy the beautiful buildings which were mostly built in the 14th-15th centuries. Also, some of the best restaurants and cafes are located in Tallinn Old Town, so make sure to find a minute to relax and try traditional Estonian dishes. 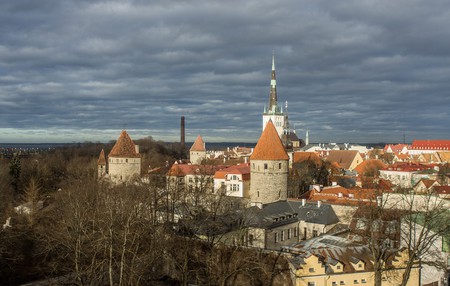 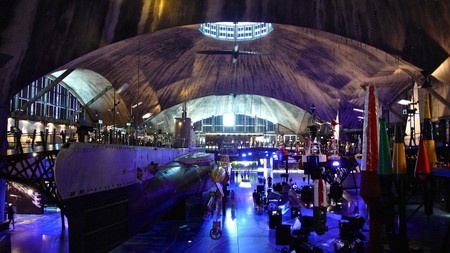 Kadriorg Palace is a must-visit for art and history lovers who want to find out more about Estonia’s old days and culture. It is the poshest palace in the country, so if you want to find out how the highest-class people in Estonia used to live, go here. 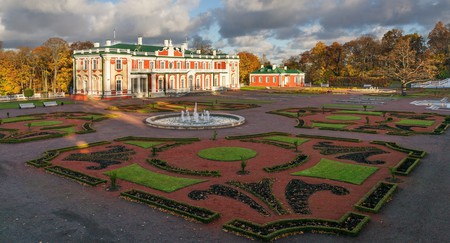 There is no better place in Tallinn to see the panoramic view of the city from high above than Tallinn TV Tower. Everything from old buildings to glistening Baltic Sea to green parks will be in your sights, so make sure to take a camera. 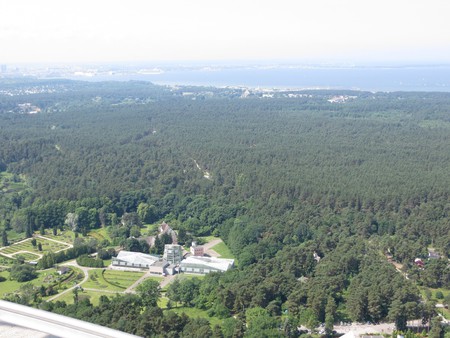 Kumu Art Museum is one of the biggest art museums in Northern Europe and a must-visit while staying in Tallinn. All the most important artworks of local artists can be found here, so if you want to understand Estonian art, this is the perfect place.

St Mary’s Cathedral is a cathedral church built in the 13th-century. This medieval Gothic church is the oldest in Estonia, making it a very important monument. It was originally a Catholic church but was converted to Lutheran in 1561. 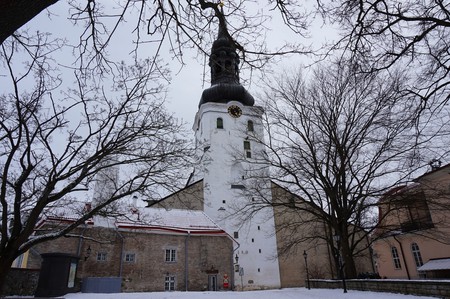 St. Nicholas’ Orthodox Church was designed by famous architect Luigi Rusca and built in the early 19th-century. It is one of the most iconic churches in Tallinn, which perfectly translates the true spirit of the city, with all the turbulent history and magnificent culture.

After learning more about Estonian history and culture make sure to visit Estonian Open Air Museum and experience it all yourself. There is no better place in Estonia to see everyday lives of the villagers in the 18th-20th century. You can even visit an old village tavern and try out the traditional Estonian dishes prepared by local cooks.

Estonian History Museum is located in the 15th-century Great Guild Hall, which is already an important historic monument in Estonia. Inside you can find the most important exhibits from Estonian history since prehistoric times, so there is no better place to learn all about this spectacular Baltic State.

Spent some time at the Estonian History Museum with a friend yesterday. The museum was so interesting, but I'm just as fascinated by the building that hosts it! The Great Guild Hall is 600 years old (!!) and was originally used s a fraternal hall for married merchants (bachelors joined the League of the Blackheads instead). There are truly so many cool buildings in Old Town! I always wonder about a building's story, but you can't help but think "if these walls could talk" in a building that saw its first visitors 600 years ago. #tallinn #oldtowntallinn #estonianhistorymuseum

St. Alexander Nevsky Cathedral is the most spectacular Orthodox church in Tallinn. You will be amazed by all the luxury and opulence inside this grand onion-domed structure. 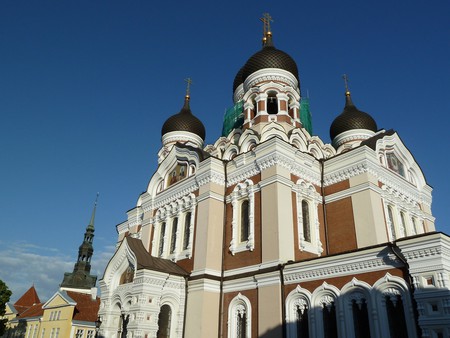 Tallinn Town Wall is one of the best-preserved medieval fortifications in Europe, which will take you back to the Middle Ages. 20 towers and 1.9 kilometers long, the original wall is still standing, surrounding Tallinn Old Town and creating a wonderful fairytale atmosphere. 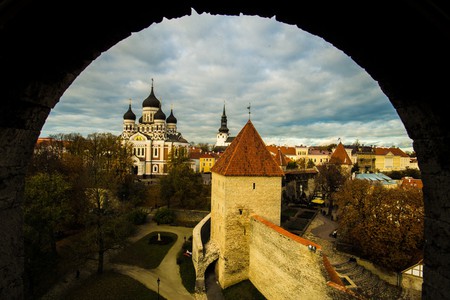 This pharmacy, located in Town Hall Square, was opened in 1422 and is still operating! It is by far the oldest one in Europe, so if you want to learn what people used as medicine hundreds of years ago, be sure to stop by. Of course, you can purchase modern products just like in any other Tallinn pharmacy.

Kiek in de Kök is a huge 38-meter-high cannon tower, which is now a museum. If you are interested in walls, cannons, and medieval exhibits, you must drop by this place, which is also a starting point of a hidden tunnels system which runs through Toompea Hill.