EUROPE
/
ESTONIA
/
TALLINN
/
Things to Do

10 Amazing Things To See And Do In Kalamaja, Tallinn 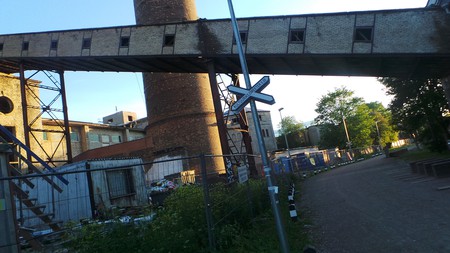 Just a ten minute walk from the Old Town you’ll discover Kalamaja, a vibrant meeting point for Tallinn’s creative, bohemian souls. This former ghetto has undergone a phoenix-like revival that’s got everybody talking: its old abandoned factories now contain hot new restaurants, and its beautiful wooden houses are drawing in a surge of young, hip residents. Brimming with new activity and new places to explore, this is the most happening part of Tallinn today. Check out our list for the top 10 things you don’t want to miss in this exciting neighborhood. 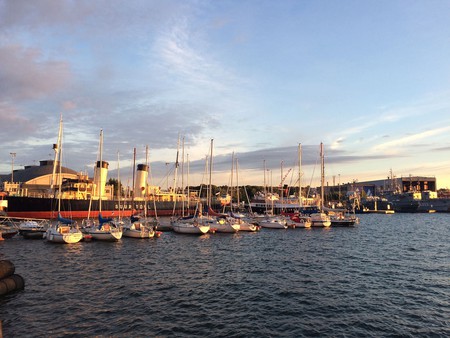 Venture off the beaten tourist track and onto this less traditional 2.5-kilometer route which shows a different side of Tallinn, telling the story of its industrial history and its growth into a modern bohemia. You’ll see abandoned structures from the Soviet era left to ruin, and remnants of railroad tracks going nowhere, but as you walk on, you’ll also see several Soviet factories transformed into bohemian cafés and other thriving community spaces. You’ll see the shells of old buildings completely covered in colorful graffiti, as well as the squeaky-clean facades of newly incorporated upscale residential buildings. Officially starting at Linnahall car park and ending at Port Noblessner, the Culture Kilometer offers visitors an insightful look at Kalamaja’s true character: an ever-evolving neighborhood where culture, art and industry merge.

Before you start your trek down the Culture Kilometer, consider a stop at the Contemporary Art Museum Estonia, which is just across from the Kilometer’s start point at the Linnahall car park. Located on the site of a former gas-electric-heating plant, this museum offers a variety of constantly changing funky exhibitions and installations that are mainly produced by young, up-and-coming Estonian artists. Contemporary Art Museum Estonia is a perfect example of the spirit of modern-day Kalamaja, where the old industrial complex meet contemporary innovation, all to support the growth of the local artistic community. Best of all, it’s free. 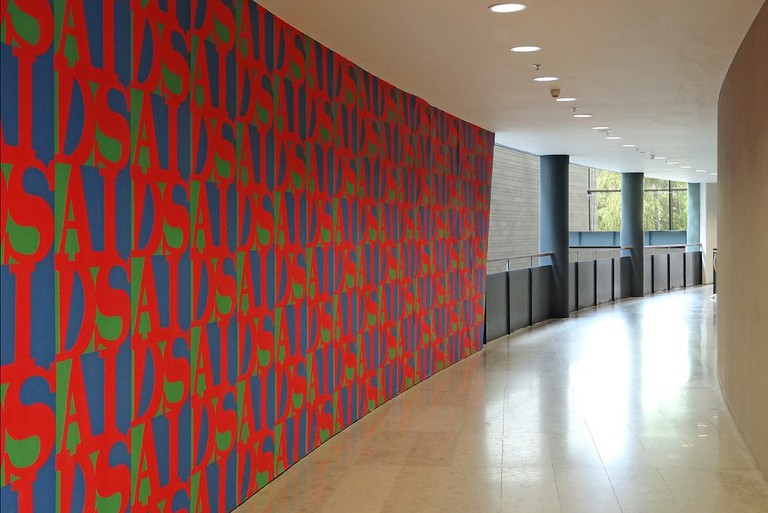 Consider a stop at the Contemporary Art Museum Estonia, which is just across from the Kilometer’s start point © Jean-Pierre Dalbéra / Flickr

Linnahall was built as a sports and concerts venue for the 22nd Moscow Summer Olympic Games in 1980, and still stands right on Tallinn’s seafront like a friendly ghost from the Soviet era. Though it’s little more than a shell now, it remains a favorite under-the-radar stop for locals, especially at absurdly early hours on summer mornings. Sound a little crazy? Once you’ve watched the sunrise from the rooftop of Linnahall, you’ll understand what’s got everyone out of bed at 5am to visit a defunct stadium: a beautiful rosy panorama of the sea, the old town, the new skyscrapers and the factories, is without a doubt worth a sleepless night. 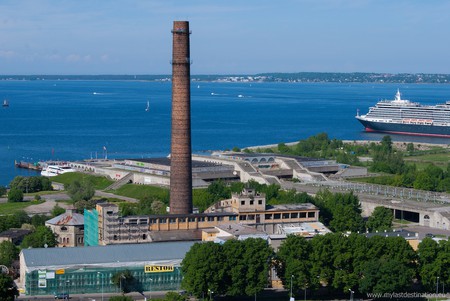 Occupying 4 hectares of the seafront, this imperial sea fortress was introduced as a cannon battery in 1840 and since then served many different functions. From 1867 to 1919 it served as a Russian army barracks, then in 1920 it was converted into a high security prison, an identity it held through the Soviet Era; today the old building is free of prisoners, but has kept its spooky spirit intact. This unique example of military architecture and world-class engineering has remained practically untouched, giving visitors an opportunity to immerse themselves in a real Soviet-era prison environment. Don’t be surprised if the feel of the old abandoned cells, working areas, or wards send a shiver or two down your spine. 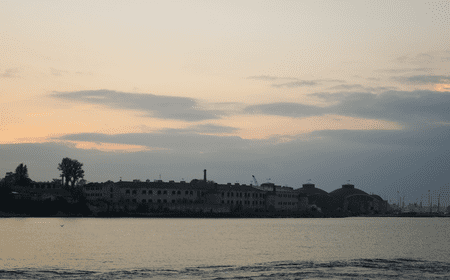 Occupying 4 hectares of the seafront, this imperial sea fortress was introduced as a cannon battery in 1840 | © Guillaume Speurt / Flickr

One of the most exciting museums in Europe is located in Kalamaja’s Seaplane Harbor; in fact, the harbor itself is an important part of the Estonian Maritime Museum. Here, you can gawp at massive submarines hanging from the ceiling above your head, but they’re not just for show. Visitors are also welcome to venture inside these giant ships, where you’ll get a peek at how Estonian sailors once lived hundreds of feet below sea level. Even if you don’t have a special interest in marine or naval history, the interactive exhibitions here are breathtaking, even for a casual observer. This museum is a great attraction for the whole family, and it’s a total playground for all naval nerds.

Once the city’s oldest cemetery, Kalamaja Cemetery Park is now a beloved picnic spot and a popular playground for local kids. Though the land served as a cemetery for over 400 years and was the resting place for thousands of graves, in the mid-20th century the graveyard was completely flattened and destroyed by the Soviet authorities. A restored chapel stands as a lone memorial in the park, the only reminder of the area’s former identity. Today, this expansive park has blossomed into the perfect place to spend a relaxing afternoon strolling and having fun with your family outdoors, or to get a peaceful moment to yourself if you need a break from the city.

Telliskivi Loomelinnak (or Telliskivi Creative City) is the largest creative center in Estonia. Inside this former industrial complex, you’ll find a collective of ateliers, shared studios, solo artists, NGOs, and other creative bodies offering a range of unique goodies, designer pieces, and various artisanal services. They host a big flea market every Saturday, so mark your calendar for a souvenir shopping spree! While this is a great place to pick up a little treat for yourself or a unique gift for a loved one, Telliskivi Loomelinnak is so much more than just a marketplace: they also host exciting cultural events all year long, making this Creative City a true haven for those who seek an artistic alternative to the nightlife of Tallinn’s Old Town.

Located in Tallinn’s 102-year-old power plant, The Energy Discovery Centre is an electrifying attraction for the whole family. With 130 interactive displays, one-of-a-kind lightning demonstrations, and their own out-of-this-world virtual planetarium, the Energy Discovery Centre is a fantastic educational experience that transports its visitors to different planes, planets and realities. Especially recommended for families with little Einsteins-to-be!

If you’re fascinated by the culture and styles of the Soviet Era, come to the Balti Jaam train station flea market for a total throwback. Whatever odd or obscure bits and bobs you’re looking for, your best chance of finding them is right here. From Soviet medals and authentic propaganda posters to secondhand clothes and an eclectic mix of foods, this market is buzzing with activity and is a great stop for any bargain hunter or savvy vintage shopper. Well away from the typical tourists’ trail, Balti Jaam Market gives an exciting new life to Tallinn’s past and yields different treasures to explore every day, just like the neighborhood of Kalamaja itself.

At the very end of the Culture Kilometer, you’ll arrive at Port Noblessner. Dating back to 1912, this port served the Russian Navy for many decades, and the area has been closed to citizens for nearly a century due to its military functions. Now you can explore the Port’s harbor and yacht club, check out a show at the Port’s new concert venue, or stop in for a coffee at one of its terrace cafes, where you relax and gaze out at the water. After walking all the way from the Art Museum and taking in everything this area has to offer, a calm, beautiful view and a gentle sea breeze make an ideal ending to your inspiring stroll through Kalamaja’s culture.