Vesterbro Named One of the World's Coolest Neighbourhoods 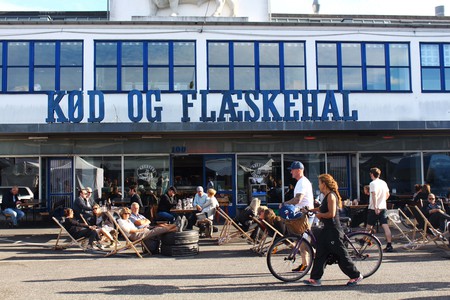 Vesterbro, one of Copenhagen’s most hip districts, has now been selected by Lonely Planet as one of the world’s ten coolest neighborhoods. Here’s why.

Even though nowadays Vesterbro is one of the most popular neighborhoods in Copenhagen, and a top destination for travelers, it was only 15 years ago when the district was known as the city’s seedy area. Illegal activities such as drug trafficking and prostitution were taking place in Istedgade, the neighborhood’s central street that nowadays brims with secondhand shops, quirky cafés and galleries. Due to its bad reputation, Vesterbro used to be one of the cheapest areas to rent an apartment and therefore attracted a mixed crowd of students, immigrants and artists who just wanted to feel the district’s pulse. When in the beginning of the ’90s the process of gentrification started, the area transformed into what visitors see nowadays. Signs of what Vesterbro used to be are still visible as long as people pay attention.

Running parallel to each other and across the hip area, Istedgade and Vesterbrogade are the neighborhood’s most popular streets. Start your day with a warm cup of coffee at Navnløs Kaffebar or grab a filling breakfast at Bang & Jensen. Music lovers should definitely check out Sort Kaffe & Vinyl as it serves one of the best coffees in town accompanied by the sound of good music. Stroll around Vesterbrogade and rummage through Danish designers’ boutiques, such as Designer Zoo, or secondhand shops such as Prag. Then head towards Istedgade and make sure to pass by Invasion store at number 97, and Kyoto at number 95 and explore its great brand collection. Both streets are filled with flower shops, clothing and accessories boutiques, restaurants and cafés – so, all you have to do is take a walk and soak up the atmosphere. 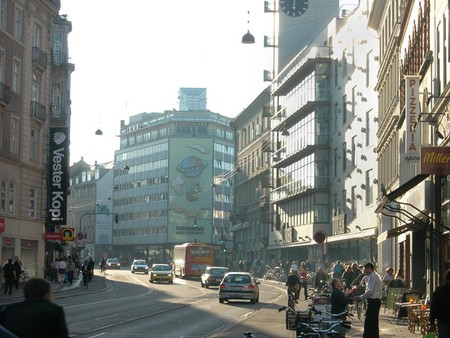 Meatpacking District: a cool neighborhood in the heart of Vesterbro

Approximately five minutes walk from Istedgade lies the Meatpacking District (Kødbyen). International and Scandinavian cuisine restaurants, art galleries and some of the most hip nightclubs in town welcome fashionistas and stylish millennials from morning till late at night. For a gourmet organic meal, BOB bistro is the place to head to, while for a quick bite Tommi’s Burger Joint is the best choice. Those who want to taste an authentic Texas-style barbecue recipe accompanied by a glass of frozen beer should seek out Warpigs Brewpub. Jolene and NOHO will do the trick for night owls who want to spend a boisterous night out. This detailed guide will help you along the way.

Mingle with locals at Sønder Boulevard

With so many organic restaurants, tattoo studios and cool hostels, Vesterbro has been a famous hipsters hangout for more than ten years but it lacked a green space. In a city like Copenhagen that brims with parks, that couldn’t be accepted, so in 2007 Sønder Boulevard got a facelift and became Vesterbro’s favorite outdoor hangout spot. The long, green lane stretches from Enghavevej to Halmtorvet with a big part of it running right in front of the Meatpacking District. Take a walk or a ride along Sønder Boulevard and choose one of the various green spots to hang back while tasting a smørrebrød from Mad & Kaffee. For a relaxed early beer head towards Fermentoren or, if the sun is shining, grab an outdoor table at Café Apropos. 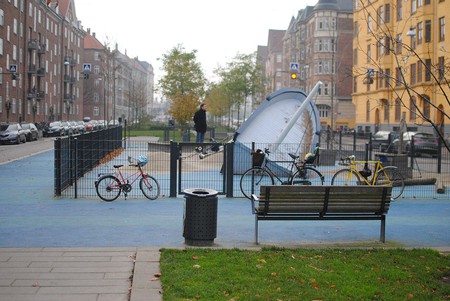